You should know that the most comprehensive and inclusive formula for expressing the repudiation of one’s own claim to power and ability is La hawla wala quwawata illa billah (there is neither power nor ability save by God).
The Proof of Islam (Imam al-Ghazali), may God be pleased with him, said:

“Power (hawl) is motion and ability (quwwa) is aptitude.”

No creature possesses either ability or power over anything save through God, Who is Able and Capable. It is incumbent upon believers to have faith in whatever God permits them to do or abstain from – as for instance, in conforming to an injunction, whether by acting or abstaining, or in seeking their provision by resorting to action in the form of crafts and professions, and so on – it is God the exalted Who creates and originates their intentions, abilities and movements, and that the acts they choose to perform will be attributed to them in the manner known as ‘acquisition’ (kasb) and ‘working’, and shall be, in consequence, liable to reward and punishment; but that they exercise volition only when God Himself does so, and can neither do nor abstain from anything unless He renders them able to. They possess not a single atom’s weight of the heaven or the earth, nor do they attain to any partnership in its governance, or become supports to Him.

It is on the ability and power to make choices, which God has granted to His servants, that commands and prohibitions are based. Things which are done intentionally and by choice are attributed to them, and they are rewarded and punished accordingly.

[The Absolute is Allah’s Alone and the Relative & Dependent is the Servant’s]
Hence the meaning of la hawla wala quwwata illa billah is the denial of one’s possession of autonomous power and ability, and the simultaneous confession of the existence of that (relative) power and ability to make choices that He has given His servants to be their own.

He who claims that man has no choice or ability, that the acts he selects are identical with the acts he is compelled to do, and that he is in all circumstances coerced is a deterministic (jabri) innovator whose false clai 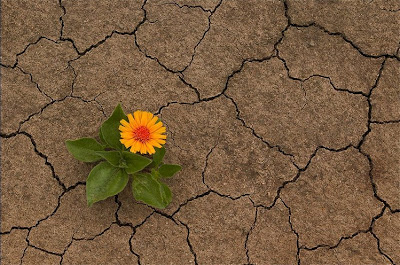 m would deny that there was any purpose in sending Messengers and revealing Scriptures.

By contrast, he who claims that man possesses the will and power to do whatever he does by choice is a Mu’tazili innovator. But he who believes that (1) a responsible (mukallaf) man possess power and choice to allow him to comply with God’s commands and prohibitions, but (2) [he] is neither independent thereby nor the creator of his own acts, has found the Sunna, joined the majoritarian community, and become safe from reprehensible innovation.

There is a lengthy explanation to this, which follows a rugged road where many have slipped and gone astray; and beyond it is the secret of Destiny, which has always perplexed intelligent minds and into which the Master of Messengers has commanded us not to delve. So let the intelligent be content with hints and let it suffice them to believe that everything was created by God, and nothing exists without His will and power. Then let them require their selves to (1) conform to the commandments and prohibitions, and (2) take their Lord’s side against their selves in every circumstance.

[A Treasure of Paradise]

A hadith says that ‘La hawla wala quwwata illa billah is one of the treasures of the Garden.’ Understand the indication contained in terming it a ‘treasure‘ and you will know that its meaning is among the mysteries; for reward is of the same species as the act. The Prophet s.a.w has also said ‘Two raka’ats in the depths of the night are one of the treasures of goodness.’ Their reward comprises a hidden treasure because the time of their occurence, namely the night implies this.

[A Remedy For Sorrow]

It is also reported that ‘La hawla wala quwwata illa billah is a remedy for 99 ailments, the least of which is sorrow.’ It is a remedy for sorrow because grief mostly occurs when one misses something one loves, or when a distressful thing occurs; and whenever either of these things occurs people perceive their helplessness and inability to achieve their desired aims; hence they feel sorrow. If at such times they repeat in their heart and with their tongues words which mean that they disavow the possession of any ability or power of their own, then this gives them certitude in their knowledge that they are helpless and weak except where God gives them power and ability, with the result that their sorrow is banished, and their knowledge of their Lord is increased. This can be clearly understood from the Prophet’s s.a.w saying: ‘When one believes in destiny, one’s sorrow departs.’

And in attributing ability and power to His Name, Allah, which is the axis of the Names and the most supreme of them, and in following it on most occasions with the two noble Names which indicate two of the attributes of the Holy Essence, namly those of Exaltation (Al-‘Ali) and Magnitude (Al-‘Azim), lies a sign that He totally transcends and is absolutely holier than the illusions of those who have strayed from the path, are blind to the evidence, and have delved without insight into the secret of destiny and the acts of God’s creatures. So take heed!