“As for the Night of Mid-Sha’ban, the Tabi’een in Shām, like Khalid ibn Ma’dan, Makhul, Luqman ibn ‘Amir, and others, used to honor this night and strive hard in their worship in it. It is from them that the people learned the virtue of this night and learned to honor it.”
– Ibn Rajab al-Hanbali, Lata’if al-Ma’arif (1)

“As for the Night of Mid-Sha’ban, hadiths and early reports have been transmitted about its virtue, and it has been transmitted that a group of the salaf (righteous predecessors) used to do extra prayers in it.”
– Ibn Taymiyya, Majmu’ al-Fatawa (2)

‘God looks at His creation during the Night of Mid-Sha‘ban and forgives all of them, except an idolator and one who harbours rancour.’

This above hadith was narrated on the authority of Mu’adh by Ibn Hibban in his Sahih. It was also narrated by Ibn Abi Asim in al-Sunna and al-Tabarani in al-Kabir and al-Awsat. (3)
If we look at the chain of this hadith, we see that the Syrian Malik b. Yukhamir (from the city of Homs) took this hadith from Mu’adh ibn Jabal, and through him it reached Makhul. As we saw above, Ibn Rajab stated that Makhul was one of those who taught people the virtue of this blessed night and used to strive to do extra worship on this night.
According to Imam Zuhri and other great scholars of that age, Makhul was the greatest scholar of Shām in his age, and one of the four greatest scholars amongst that entire blessed generation of young Tabi’een. Makhul taught this hadith to the Damascene Thawban, who taught it to two people mentioned in this chain: his son Ibn Thawban, and the Imam of Shām, al-Awza’i. Al-Awza’i was the imam of Shām of his time in terms of Jurisprudence, like Malik in Medina, Abu Hanifa in Kufa, or Ibn Hanbal in Baghdad. The Awza’i school of jurisprudence became the main school of jurisprudence in Shām and spread from there to the Andalus, where it was the most widespread school of jurisprudence there for a time.
As you can see, the people in this chain are all from Shām. That is why the hadith master al-Tabarani, himself from Palestine in Shām, narrated this hadith in his book Musnad al-Shāmiyyeen, a collection of hadiths narrated by Tabi’een who lived in Shām and their students. Al-Tabarani took the hadith from Muhammad ibn Abi Zur’a of Damascus, with his chain back to Imam Awza’i and Ibn Thawban. (4)
Makhul also received this same hadith from Kathir ibn Murra al-Hadrami, a Tabi’i who lived in Homs. Kathir reported the hadith as a mursal report directly from the Messenger of Allah (may Allah bless him and grant him peace), meaning that he did not specify which Companion he took it from. Al-Bayhaqi narrated the hadith through this chain in Shu’ab al-Iman and stated that it was a mursal jayyid (strong hadith, despite being mursal). (5) Kathir was known for often leaving out the name of the Companion from whom he took prophetic traditions, but we do know that one of his main teachers was Muadh ibn Jabal (may Allah be pleased with him).
Others Who Brought Hadiths About this Night to Shām

The people of Shām did not only learn this hadith from Muadh ibn Jabal, but from another Companion: Abu Musa al-Ash’ari. Who narrated this hadith from him? Al-Dahhak ibn Abd al-Rahman, from Shām. This chain continues being narrated by scholars from Shām until Rashid b. Sa’id al-Ramli of Palestine, Shām, who taught this hadith to Ibn Majah, who narrated it in his Sunan. (6)
Ibn Majah also narrated the following hadith on the authority of Ali ibn Abu Talib:

Who narrated this hadith from Ali? His nephew Abdullah ibn Ja’far, who used to travel every year to Damascus. He passed on the hadith to his son Mu’awiya, who was born in Damascus. (7)

As you can see, the people of Shām gave great importance to this night and paid special attention to narrating the hadiths about it, and it all would have started with the Prophet’s great Companion Muadh ibn Jabal (may Allah be pleased with him). There were other hadiths of course about this night that were spread by people of different lands. Imam Ahmad ibn Hanbal, for example, narrated a hadith similar to that of Mu’adh ibn Jabal about the virtue of that night (with some difference in wording) through a chain made up of Egyptians, on the authority of Abdullah ibn Amr ibn al-As (may Allah be pleased with him), the Companion whose father opened Egypt to Islam. (8)

The Early Scholars of Shām

Now if we return to the hadith of Muadh ibn Jabal (may Allah be pleased with him) and the scholars of Shām who narrated it, we see those very same narrators are the ones from whom we have received explanations of this hadith. Thus these scholars used to not only narrate this hadith but comment upon it and explain it.

I heard al-Awza’i explain the mushāhin (one who harbours rancour) as: every person of innovation, who has left the jamā’a (majority) and the Ummah. (9)

Umar ibn Hani’ said: I asked Ibn Thawban about the meaning of mushāhin (one who harbours rancour).  He said,

“He is the one who has left the Sunna of his Prophet (may Allah bless him and grant him peace), who speaks ill of his Ummah, and spills their blood.” (10)

As we have seen above, those two figures, Imam Awza’i and Ibn Thawban, are the ones who narrated the hadith of Muadh from Thawban, and passed it on to other scholars of Shām.
Conclusion

We learn from the above the importance that the people of the blessed land of Shām gave to the Night of Mid-Sha’ban and its day, and we learn that its origin is with the great Companion, the leader of all the scholars of Islam, Muadh ibn Jabal (may Allah be pleased with him). The people of Shām took this hadith from him and taught it to others and explained it. We also know that they learned from this hadith (and others) that one should strive to do extra worship on this night. This was the guidance of the Tabi’een which they took from the Companions who came to Shām and instilled in them the love and veneration of this blessed night.
To repeat the words of Ibn Rajab al-Hanbali:

“The Tabi’een in Shām, like Khalid ibn Ma’dan, Makhul, Luqman ibn ‘Amir, and others, used to honor this night and strive hard in their worship in it. It is from them that the people learned the virtue of this night and learned to honor it.”

According to Ibn Rajab, Khalid ibn Ma’dan, Luqman ibn ‘Amir and other notable Tabi’een from Shām recommended for people to congregate in the mosques in this night to perform extra worship together. They would wear their best clothes, put kohl on their eyes, perfume themselves using incense and then spend that night in the mosque. He further stated that the great Imam in Khorasan, Ishaq ibn Rahwayh was asked about this practice of the people of Shām. Ibn Rahwayh was known as the “Imam of the East” and the “Master of Hadith Memorizers.” He was a colleague of Imam Ahmad ibn Hanbal who called Ibn Rahwayh one of the imams of the Muslims. He was a teacher of Imam Bukhari and was one of the leading figures of the Ahl al-Hadith movement. Imam Ibn Rahwayh supported the practice and responded that praying extra prayers in the mosque in congregation on that night is not an innovation. Imam al-Awza’i on the other hand, while also advocating spending that night in extra worship, was of the opinion that it was preferable not to do it in the mosque. (11)
May Allah bless and reward all the Companions and their Followers, and all those hadith narrators and scholars who have preserved for us the Sunna of the Messenger of Allah (may Allah bless him and grant him peace), so that it could reach us centuries later, in all corners of the world, in order for us to be able to implement it and act upon it.
1) Ibn Rajab al-Hanbali, Lata’if al-Ma’arif, Beirut: Dar Ibn Hazm, 2004, p. 137.
2) He continues to say: “If a person performs extra prayers on the night of the middle of Sha’ban on his own or in a private congregation, 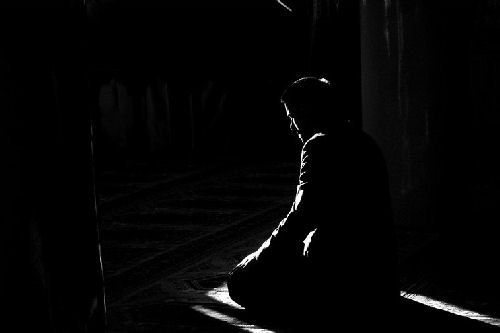 as groups of the salaf used to do, that is best.” However, he disapproved of a congregation of an entire town in the main mosque praying an innovated prayer with a set number, for example, one hundred cycles with one thousand Sura Ikhlas, calling that an innovation. (See Ibn Taymiyya, Majmu’ al-Fatawa, vol. 23, p. 132). An almost identical statement is repeated in his workIqtida’ al-sirat al-mustaqim where he added that despite the fact that some scholars from Hijaz denied the virtue of this night, the majority of the people of knowledge from among the Hanbali scholars and others believe in its special virtues, and the texts of Ahmad ibn Hanbal are evidence for that, as well as the many prophetic traditions and practices of the salaf (See Ibn Taymiyya, Iqtida’ al-sirat al-mustaqim, Beirut: Dar ‘Alam al-Kitab, 1999, vol. 2, pp. 136-7). It should be noted in this regard that Shām was always one of the main centers of the Hanbali school.
(3) Sahih Ibn Hibban, vol. 12, p. 481. Its men are all trustworthy.
After evaluating eight different chains for this hadith, al-Albani concludes: ‘The hadith, with its collective chains of transmission, is authentic (sahih) without doubt.’ Al-Albani, Silsilat al-Ahadith al-Sahihah,Riyadh: Maktabah al-Ma‘arif, 1979, vol. 3, p. 138.
(4) Al-Tabarani, Musnad al-Shāmiyyeen, Beirut: Mu’assassat al-Risala, 1984, vol. 1, p. 128.
(5) Al-Bayhaqi, Shu’ab al-Iman, Riyadh: Maktabat al-Rushd, 2003, vol. 5, p. 349.
(6) Sunan Ibn Majah, Cairo: Dar Ihya’ al-Kutub al-Arabiyya, Vol. 1, p. 445.
(7) Sunan Ibn Majah, Cairo: Dar Ihya’ al-Kutub al-Arabiyya, Vol. 1, p. 444. However it should be noted that the chain of this particular narration contains one person who is considered weak. Though Ibn Rajab al-Hanbali considered this tradition to be weak, he narrated it in Lata’if al-Ma’arif in support of fasting the day of the 15th of Sha’ban. He further stated that in either case, it is one of the three middle days of every month known as the ‘Days of the White Nights’ in which fasting is recommended. These are the 13th, 14th, and 15th of every lunar month (see Ibn Rajab al-Hanbali, Lata’if al-Ma’arif, Beirut: Dar Ibn Hazm, 2004, p. 136).
(8) Musnad Ahmad ibn Hanbal, Beirut: Mu’assassat al-Risala, 2001, vol. 11, pp. 216-7.
(9), (10) Shaykh Salih al-Ja’fari (ed.), Risalat al-Kashf wal Bayaan ‘an Fadaail Laylat an-Nisf min Sha’banby al-hafiz Shaykh Salim al-Sanhouri, who was summarizing the teachings of his teacher, the Seal of the Hadith Masters of his age, Shaykh Najm al-Din al-Ghayti. Cairo: Dar Jawami’ al-Kalim, pp. 14-5.
Ishaq ibn Rahwayh likewise said in his Musnad: Al-Awza’i explained the word mushāhin (in this hadith) as the innovator who parts ways with the rest of the ummah.
(11) Ibn Rajab al-Hanbali, Lata’if al-Ma’arif, Beirut: Dar Ibn Hazm, 2004, p. 137.
———
Sidi Samer Dajani is the author of Reassurance for the Seeker: A Biography and Translation of Salih al-Ja’fari’s al-Fawa’id al-Ja’fariyya, A Commentary on Forty Prophetic Traditions. See the original link and buy the book.