In the Qur’an, the Prophet is addressed directly, “Truly, you are of tremendous character.” [Qur’an, 68.4] This Qur’anic verse intrigued Muslim scholars, early and late, especia 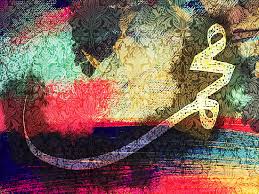 lly the Qur’anic exegetes and the masters of the spiritual path, especially as the Prophet Muhammad (Allah bless him and give him peace) himself emphasized that, “I was only sent to perfect noble character,” [Ahmad] and said, “The believers most perfect in faith are those best in character.” [Tirmidhi]

What is good character?

Good character, Ghazali explains in his Ihya’, is an inward disposition that causes one to incline towards praiseworthy inward traits and praiseworthy outward actions.

How is good character manifest?

Ibn Rajab al-Hanbali and others relate that the sum of Prophetic teachings is that good character is manifest in five matters:

(1) Fulfilling the rights of others

(2) Avoiding hurting or harming others

(3) Being cheerful and positive in one’s dealing with others

(4) Recognizing the good of others and reciprocating

(5) Responding to the wrong of others with nothing but the good.

First. As for fulfilling the rights of others, the Prophet (Allah bless him and give him peace) emphasized that, “Give everyone who has a right their due right,” [Bukhari] and he warned against non-fulfillment of others’ rights, “Injustice shall become manifold darkness on the Day of Judgment.” [Bukhari]

Second. Avoiding hurting or harming others is a corollary of fulfilling the rights of others. However, sometimes one can fulfill others’ rights in ways that hurt them; or we follow the follow the fulfillment of rights with hurtful reminders; or strive to fulfill rights, without considering how others feel or may consider our efforts.

Third. Being cheerful and positive in one’s dealings with others. The Prophet is described as always having been full of concern, yet he was always cheerful.

Fourth. Recognizing the good of others entails not only thanking and reciprocating those who do obvious acts of good to one, but to reflect, consider, and appreciate the less-obvious (but significant) good that countless people to for one–both directly and indirectly. We owe our very lives to our parents. When did we last thank them? Our teachers, whether at school or university, have taught us so much. When did we last thank them? The Prophet (Allah bless him and give him peace) cautioned that, “Whoever is not thankful to people is not thankful to God.” [Ahmad, Tirmidhi, and Abu Dawud] 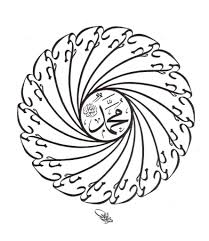 When the Prophet Muhamamad (peace and blessings be upon him) entered Mecca as a victor, people expected that he would seek revenge two decades of opposition, wrong, and injustice from his people. The Meccans were fearful, and some hastened to declare that, “Today is a day of slaughter.” The Prophet responded that, instead, “Today is a day of righteousness and loyalty,” and he forgave them in public address, saying, “I say to you today as Joseph said to his brothers,’There is no blame on you today. May God forgive you, and He is the Most Merciful of the merciful.’ [Qur’an, 12.92] Go! For you are free.” [Salihi, Subul al-Huda wa’l Rashad]

A bedouin once came to the Prophet, seeking some money. Without introduction or greetings, he said, “Muhammad! Give me, for you’re not giving me from your money or your father’s money.”

Despite the man’s rudeness, the Prophet gave him, and asked, “Have I pleased you?” The bedouin replied, “No, and you haven’t done me good.”

The Muslims who were standing around them were angered and surrounded the bedouin. The Prophet signaled for them to restrain, and he entered his house.

The Prophet told him, “You came to us and asked us. We gave you, and then you said what you said. As a result, there is something in the hearts of the Muslims regarding that. If you were to say in front of them what you said to me, that might remove those feelings from their hearts.” The man agreed, and mentioned the Prophet with praise and thanked him in front of the Prophet’s Companions. [Salihi, Subul al-Huda wa’l Rashad]

The Prophet was unaffected by the man’s words. His concern was for the good of the man himself and the feelings of his Companions. Why? This returns to the understanding why the Prophet character was described as being “tremendous” in the Qur’an.

Imam Junayd al-Baghdadi, one of the foremost authorities of Islamic spirituality (tasawwuf) and others have explained that, “The Prophet’s character was termed tremendous because his concern was for God alone.” [Qurtubi, Jami Ahkam al-Qur’an] What moved the Prophet was the pursuit of His Lord’s pleasure, both in acting and in responding. 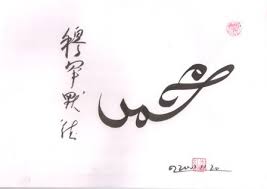 This was manifest in small matters, too. Once a woman brought a baby for the Prophet to bless him. The Prophet placed him on his chest, and the child urinated. The mother reached out for the child, anxious. The Prophet signalled to let the child finish first. After that, the Prophet (peace and blessings be upon him) calmly rinsed the area lightly. He didn’t want to alarm the child, nor make the mother feel bad.

It is also related that though he was the busiest of people, young girls in Medina would take the Prophet’s hand and would take him wherever they went–and he wouldn’t let go of their hand until they let go of his. [Bukhari, Sahih]

We see from this that the Prophetic example is nothing but a manifestation of mercy. And any understanding of religion lacking in mercy is lacking in true understanding. After all, the Prophet Muhammad (Allah bless him and give him peace) having been, “sent only as a mercy to all creation.” [Qur’an, 21.107] The Prophet (peace and blessings be upon him) himself emphasized that, “I was only sent as a gift of Mercy.” [Bazzar and Tabarani]

The Prophet (Allah bless him and give him peace) explained, too, that, “The merciful are shown mercy by the All-Merciful. Be merciful to those on earth and the Lord of the Heavens will be merciful to you.” [Tirmidhi and Abu Dawud, from Abd Allah ibn Amr; rigorously authentic] It is a sign of the way of traditional Islamic scholarship that this is the first Hadith (Prophetic teaching) traditionally conveyed by a scholar to their students. 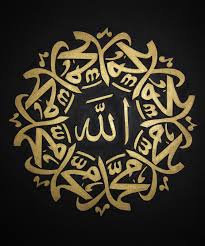 This mercy, manifest in good character in one’s dealings with people, is the test and barometer of faith. After all, “The believers most perfect in faith are those best in character,” as the Prophet affirmed. [Tirmidhi]

It once happened that some non-Muslims greeted the Prophet (peace and blessings be upon him) with an insult. His wife, A’isha, insulted them back. But the Prophet (peace and blessings be upon him) did not. Rather, he simply replied, “And upon you,” which is the standard reply to the greeting of, “Peace be upon you.” Then, he said to his dear wife, “A’isha! Allah is gentle and loves gentleness in all matters.” [Bukhari, from Ai’sha] And he also taught that, “Gentleness is not found in anything except that it makes it beautiful; and gentleness is not taken out of anything except that is makes it ugly.” [Muslim and others, also from A’isha]

The Key to All Relations 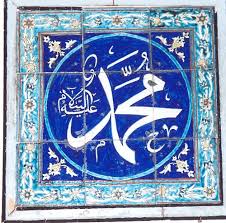 The Prophet made clear that the key to all relationships is upholding good character and maintaining it, even when tested. He said, “Deal with people on the basis of good character,” [Tirmidhi] and affirmed that, “Forbearance is the very best of character.”

Forbearance is for one not to be moved by anger or negative emotion–but to make one’s response based on reason and (for a believer) Revelation. Forbearance is, ultimately, intelligence, as it is the capacity to respond in the best of ways to each situation.

This restraint and concern for excellence and the greater good that underly excellence of character–and that made the Prophet Muhammad’s character “tremendous”–are virtues each of us would do well to strive for in our own lives and relationships, both as individuals and communities.