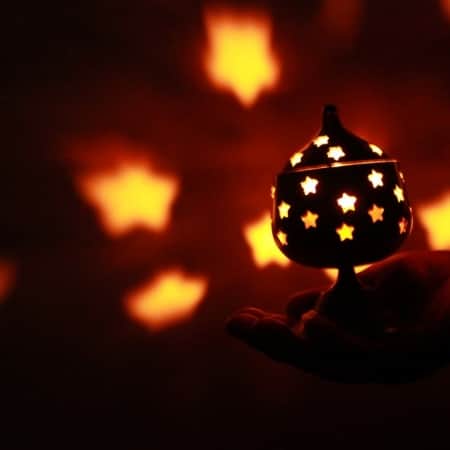 During the blessed month of Ramadan, many Muslims (especially in Muslim countries) slack off, showing up late at work (or not showing up at all), sleeping on the job, procrastinating, doing the least possible, and asking employers for shorter working days at the same wage rate. This type of behavior is inconsistent with the very spirit of Ramadan. As Abdul Rahman Osman, deputy mufti of Pahang, Malaysia’s third largest state, stated, Islam does not advocate a special working mode for Ramadan [Islamonline.net].  Not only is this slacking against the spirit of Ramadan, but it is also expensive and damaging to employers and the national economy of these countries–with losses running in the billions of dollars.

The situation has become so bad in Saudi Arabia that  inspectors from the Control andInvestigation Board are now conducting on-the-spot inspections to ensure that employees comply with the shortened five-hour (10:00 a.m. to 3:00 p.m.) Ramadan work schedule.

“Negligence in performing duties during Ramadan is not permissible and is against Ramadan teachings,” says Dr. Ali Bin Abbas Al-Hakami, a member of the Board of Senior Ulema and Higher Judicial Council. Many people have turned Ramadan into a month of eating, watching TV and staying up late, and these factors affect work in offices, which is not permissible in Islam, Dr. Al-Hakami added. [Source: Naeem Tamim Al-HakimOkaz/Saudi Gazette]

Muslims need to rethink the concept of work, especially during the month of Ramadan Many Muslims working during Ramadan tend to be worried about how to nurture their “spiritual” self while coping with a demanding work environment.  They struggle during work hours  waiting to get home or to a mosque to really ‘find God’ again.

As indicated by radicalmiddleway .co.uk, Shaykh Abdal Hakim Murad sees things a bit differently. God isn’t only found in ‘sacred places’. We make our lives sacred by the intentions we make and the actions we do. After all, the Prophet – peace and blessings be upon him — invoked God’s Mercy on those who were involved in business transactions too. This excerpt is taken from the Shaykh’s keynote address at the launch of the “Let’s make this a Fairtrade Ramadan!” campaign. To learn more about the campaign and see more coverage from the event go to: ramadan.radicalmiddleway.co.uk

No slacking during Ramadan

Some quick tips for employees in Ramadan

The Working Muslim in Ramadan

Some quick tips for employers in Ramadan (modified from “The Working Muslim in Ramadan”.

Please click here to download this excellent brochure discussing how Muslims who are fasting should behave at work during Ramadan.

Our Prophet Muhammad (s) said, narrating it from Allah: “Every deed of the son of Adam is for him except fasting; it is for me and I shall reward for it.” […]

[Thus, the] Prophet Mohammed (PBUH) has urged all Muslims to perform good deeds in the month of Ramadan, as the Messenger of Allah (peace and blessings of Allah be upon him) addressed us on the last day of Sha “baan and said: “O people, there has come to you a great month, a blessed month, a month in which there is a night that is better than a thousand months. Allah has made its fasting obligatory and spending its nights in prayer a voluntary act. Whoever draws close (to Allah) during this month by doing a good deed will be like one who did an obligatory deed in any other month, and the one who does an obligatory deed in it will be like the one who did seventy obligatory deeds in any other month. It is the month of patience, and the reward of patience is Paradise. It is the month of helping others. It is a month in which the believers’ provision is increased. Whoever gives a fasting person food with which to break his fast will have his sins forgiven and he will be ransomed from the Fire, and he will have a reward like his without it detracting from his reward in the slightest.”

From this perspective, Muslims over the centuries and since the beginning of Islam were required to fast this month and perform all its religious duties. However, there are some Muslims who might unintentionally behave during Ramadan in a way that contradicts the philosophy of fasting and its spirit.

These negative behaviors might be seen during or outside work hours. And since the employer has rights upon the Muslim worker, it is essential that Muslims do not violate the rights of others as they try to become closer to God. Thus, the balance between the rights of God and the rights of His servants is critical. Violating the rights of others is injustice to them, Prophet (PBUH) said, narrating it from Allah: “O my slaves, I have forbidden injustice to myself, and I have made it forbidden among you, so do not wrong one another.”

Finally, we should all remember the words of the prophet (PBUH) when he said “All rights will be restored on the Day of Resurrection, until even the hornless sheep will settle its score with the one that has horns“. And cropping on the Day of Judgment is done by taking the good deeds of the unjust and removing the sins of the people he oppressed, as is reported in the hadeeth of Abu Hurayrah, may Allaah be pleased with him, who said that the Messenger of Allah (PBUH) said: “Do you know who is the bankrupt one?” They said: “Among us, the one a bankrupt is the one who has no dirhams and no goods.” He said: “Rather the one who is bankrupt amongst my ummah is the one who will come on the Day of Resurrection with prayer, fasting and zakaah, but he will come having insulted this one, slandered that one, consumed the wealth of this one, shed the blood of that one and beaten this one, all of whom will be given some of his hasanaat (good deeds), and if his hasanaat run out before the scores have been settled, some of their sins will be taken and thrown onto him, then he will be cast into the Fire.” Narrated by Muslim.

Hakeem Olajuwon, famous for his foot speed, spinning moves, fade away jump shot and his knee and elbow pads that he almost ever wore, was the biggest Rocket of Houston.

The city of Houston embraced him like no one else and he felt so eternally blessed for that.

He’ll forever stand as one of the 5 best basketball centers we’ll ever see (Bill Russell, Wilt Chamberlain, Kareem Abdul Jabbar and Shaquille O’neal). The word “Olajuwon” is a Yoruban word, meaning “always being on top”.

That gave him the uncanny agility on the basketball court and helped him develop his unique style of playing. Plus the fact that he was extremely disciplined thanks to his Muslim beliefs.

He had tremendous work ethics and was dedicated to the game. During Ramadan, he’d get up at 5:00 a.m. and have breakfast and fast for the rest of the day. No water, no Gatorade, nothing.

It’s amazing to think just how physically ready he was and the shape he was in. And from 5:00 a.m. to 7:30 p.m. he was devoted to basketball, often times in the gym and that didn’t affect him a bit. [more] 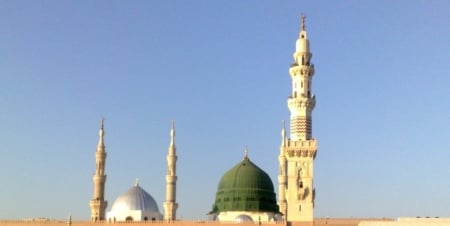 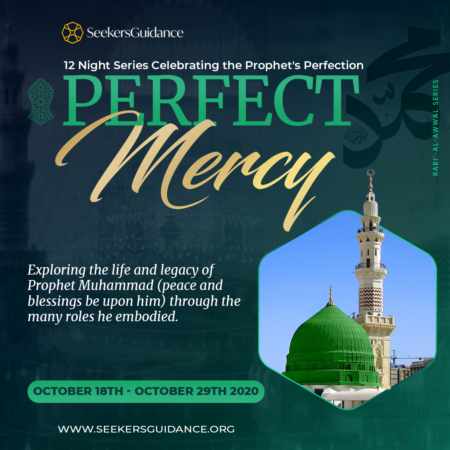 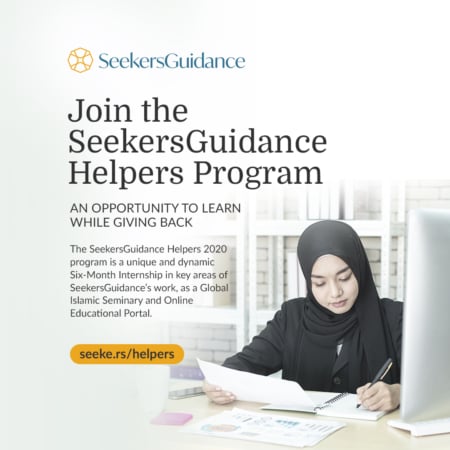 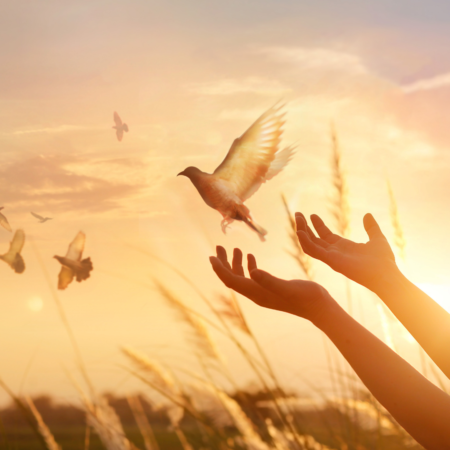 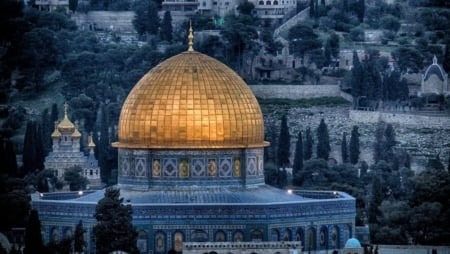 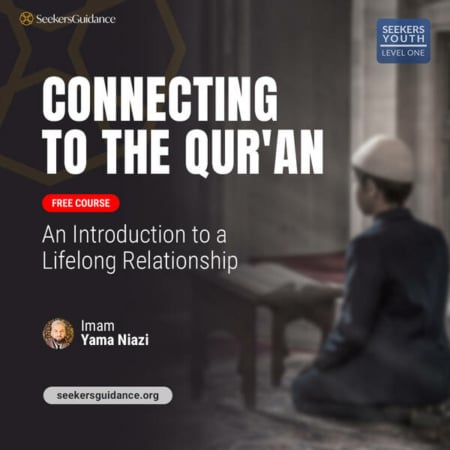