For a number of years, SeekersGuidance has been supporting displaced Syrian scholars based in Istanbul (Turkey) through the Islamic Scholars Fund.

This support has enabled them to dedicate themselves to teaching and spreading balanced, mainstream Islamic knowledge and guidance in a dignified manner.

However, our senior scholars felt there was still a clear gap: these scholars were dispersed across Istanbul and neighbouring areas—and it was difficult for students of knowledge to access them, and to have a clear program of traditional Islamic studies.

The Next Step: The Dar al-Fuqaha’ Islamic Seminary Launches—and Begins with Hundreds of Students

To address this, Dr. Mahmud Masri, our Senior Academic Advisor, proposed the Dar al-Fuqaha’ Islamic Seminary, and the Sultan Mehmet Fatih Waqf University embraced the proposal and partnered with SeekersGuidance in January 2020 to launch this visionary program.

The Dar al-Fuqaha’ Islamic Seminary connects leading mainstream, traditionally-trained senior scholars with students of Islamic knowledge from around the world, completely free—at the beautiful Ottoman Madrasa, the Yenikapi Mevlevihanesi, founded over 420 years ago.

Launch of the Ijaza Program

The Specialization in Islamic Law and Method

These classes—in a wide range of classical Islamic studies disciplines—will culminate in a Specialization in Islamic Law and Method (Takhassus fi’l Fiqh wa’l Usul). Details of the current weekly schedule and the Specialization can be found below.

The goal of this Specialization in Islamic Law is to produce scholars who can address the critical challenges facing Muslims and humanity in our times—through deep training in both classical texts and contemporary issues, under-trained, qualified specialist scholars.

These classes are open to students from across the world. Already, there are students from several dozen countries attending the Ijaza Program—despite it not being widely announced yet. Alhamdulillah. 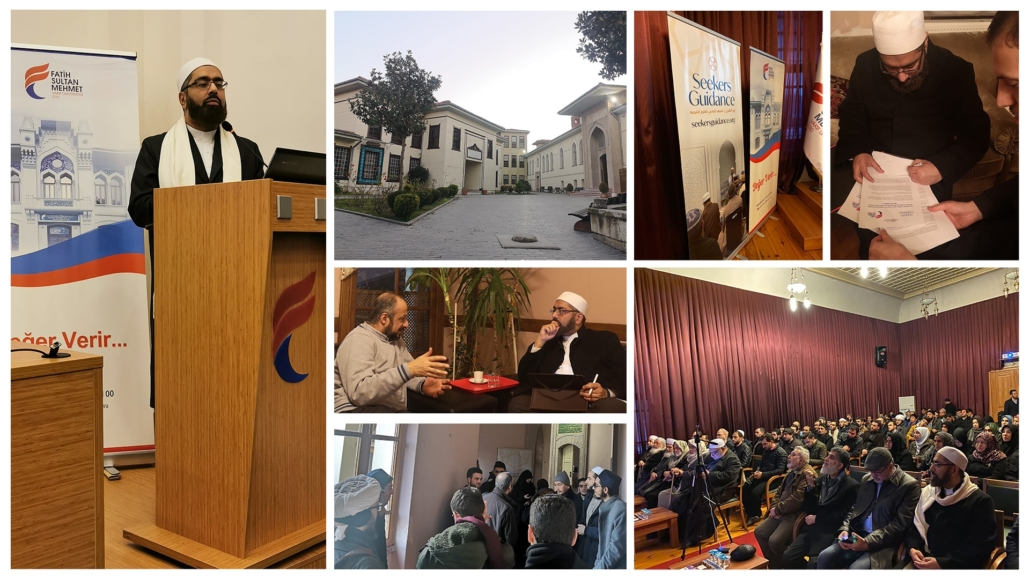 At the launch ceremony in mid-January, Shaykh Faraz Rabbani (founder and Executive Director of SeekersGuidance) emphasized that this Dar al-Fuqaha’ Seminary, and the Ijaza Program seeks to connect seekers of knowledge with leading mainstream, trained scholars, through the system of direct study (talaqqi) that is the key to recognize traditional Islamic learning.

He stated that the hope and aspiration is that the Specialization in Islamic Law and Method will facilitate the transfer of the Prophetic inheritance that these leading scholars have to a new generation of upcoming scholars—around the world—who will be able to uphold, live, and transmit this life-giving Prophetic legacy, and spread knowledge, guidance, and good.

Abdüs Samet Koçak, representing the Sultan Mehmet Fatih Waqf University, made clear the esteemed institution’s commitment to facilitate the success of this globally-impactful project, as part of fulfilling its own vision of being a leading institution of higher learning.

He explained why the classes were beginning under the title of the Ijaza Program (Dawrat al-Ijaza). The point of Islamic knowledge isn’t scholarly authorization (ijaza). Neither the scholars teaching nor the students are in this program for mere authorization. Rather, the purpose of Islamic knowledge is drawing closer to Allah, through seeking and spreading the good, for oneself and others.

However, the ijaza system requires revival as part of the revival of traditional Islamic studies—through rigorous curricula of Islamic studies, with high standards, and careful, conditional granting of qualified authorizations that can be trusted and relied upon.

Dr. Mahmud explained the full Specialization in Islamic Law and Method, with its stages and levels. You can read its details below. This is, insha’Allah, a truly Ummatically-impactful project.

Two of the seniormost scholars in the Dar al-Fuqaha’ Seminary, Shaykh Usama al-Rifa’i and Shaykh Ismail Majdhub spoke about their great joy at the launch of this project.

They both highlighted how “ijazas” (scholarly authorizations) have become in danger of losing their significance—with people giving and receiving “baraka ijazas” or ijazas without complete, rigorous study and training under qualified scholars.

Thus, a revival of sound scholarly authorizations that are (1) through rigorous, complete study; (2) limited to the text or level of study completed; and (3) demonstrated uprightness of the one receiving the authorization is a significant step forward.

These senior scholars reminded students of the need to (1) take their studies seriously and to strive towards mastery; (2) to have well-rounded study of all components of a complete curriculum of Islamic studies; (3) to ensure that their knowledge is sought sincerely for the sake of Allah; and (4) to make the most of the opportunity of direct benefit from their teachers’ example and wisdom.

By the grace of Allah Most High, the Ijaza Program of the Dar al-Fuqaha’ Islamic Seminary began on January 25, 2020, with 15 weekly classes. Every class is at the (100-student) capacity. Over 400 students—Turkish, Syrian, Western, and other—had applied. Already, it is clear that this program is addressing a critical need, both locally and globally.

All these classes are being recorded. These classes will be offered as complete online courses through the SeekersGuidance Arabiyya (Nur al-Huda) online portal, insha’Allah.

“I have spent over five years studying in Istanbul, but I haven’t found any opportunity that offers the level of scholarship that Dar al-Fuqaha offers.” said a student from Italy.

This program is open to both men and women, and over 40% of the students are women.

“Whoever pursues a path seeking knowledge therein, Allah facilitates for them a path to Paradise,” said the Prophet (peace and blessings be upon him).

We ask Allah Most High that the Dar al-Fuqaha’ Islamic Seminary be a means of His facilitating a clear path of seeking and spreading such knowledge—for seekers everywhere—and a part of a global revival of the light of Prophetic guidance, in an authentic, relevant, merciful, balanced, transformative manner. 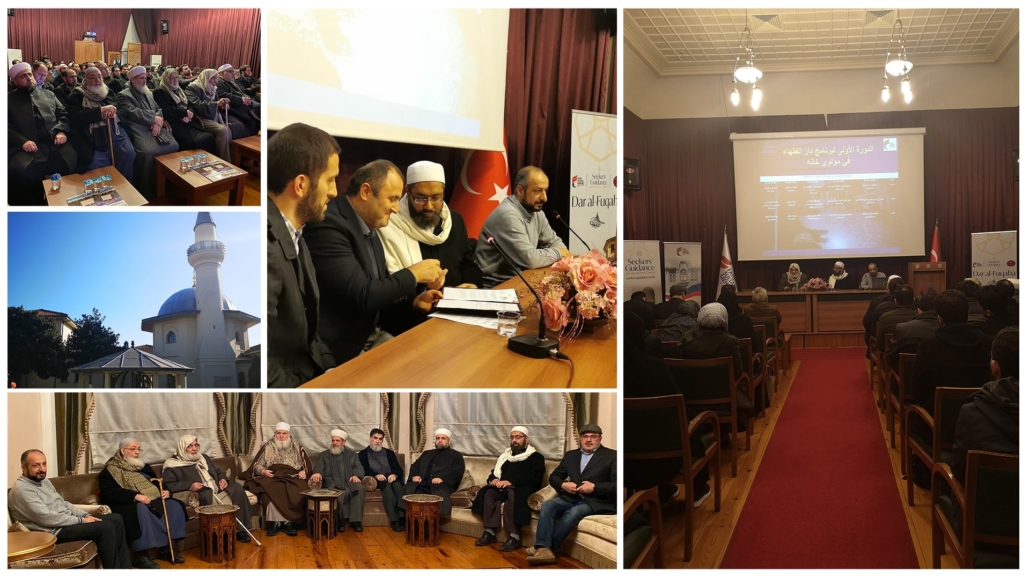 The Summer Program: the Ijaza Intensive

This Summer, SeekersGuidance has announced the Summer Ijaza Intensive—one of three Summer Intensive Programs in Istanbul.

Already, several hundred students have applied, to study classical Islamic texts in Arabic, at various levels, directly with trained, authorized traditional Islamic scholars. This program, like all SeekersGuidance offerings, is provided completely free—as part of our Knowledge Without Barriers commitment and ethos.

In total, almost 2000 students (yes, almost 2000) have applied for the three Summer Intensive Programs. You can still apply, till the end of February.

These programs are supported through the SeekersGuidance Islamic Scholars Fund—which you can support through your zakat and charity and help support the scholars and students who will preserve, revive, and spread the light of Prophetic guidance across the world, now and in upcoming generations.