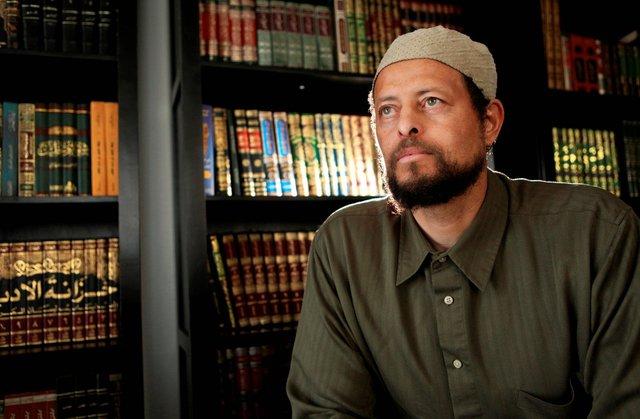 For original article: Click here
Verily, they were youth who believed in their Lord and we increased them in guidance. And we strengthened their hearts when they took a stand, saying: “Our Lord is the Lord of the Heavens and the Earth; we will never call on any God besides Him. Were we to do so we would have uttered a grave enormity”. (Qur’an 18:13-14)

[Disconnected from God]
One of the disheartening features of our modern, or for some our postmodern condition, is that it encourages us to live lives of isolation, oftentimes divorced from even the crowds that might surround us in our bustling cities. We have friends and acquaintances, but many times these relationships do little more than disguise our fundamental state of alienation. One of the disastrous consequences of our state is that sometimes we become isolated from even our true selves and from our Lord. This condition of alienation from Allah is reinforced and encouraged by many of the messages that permeate our environment. Those messages are conveyed via television, movies, popular music, literature, and many other means.
Many of the techniques currently used to convey those messages were unknown to many Muslim parents who have migrated to the West from towns or villages in the Muslim world; places that lacked in some instances electricity, not to mention televisions, iPods, the internet, and related media. For those Muslim parents who converted to Islam here in the West, those techniques, some of which are designed —by way of example— to create lifelong brand identification in six-month-old babies, were in rudimentary and simplistic stages of development during their youth. Now, they are fully perfected and along with other forces that currently influence and help to shape the psychic and spiritual environment we are developing in, they create an atmosphere that challenges a believer in ways that are unprecedented in human history.
Through various forms of print and electronic media we are encouraged to consume things we do not need, a lifestyle that threatens our planet and erodes our humanity. We are encouraged to fornicate and to abandon the values, mores, customs and conventions that have supported family life since the advent of humans on this planet. We are encouraged to use drugs, drink alcohol, and to become gluttons by consuming ever expanding quantities of food “products.” We are encouraged to interact with the opposite gender in ways that are debasing and potentially destructive. How can a young Muslim negotiate such rough terrain? Answers to this question have been scarce, especially answers that resonate with our youth. Now, Habib Quadri, a youth organizer, experienced teacher, and perhaps more importantly, someone who has walked down the challenging, obstacle-strewn roads many of our youth are currently traveling, provides a meaningful answer. That answer lies in this book, The War Within Our Hearts, an insightful volume that takes on many of the issues confronting Muslim youth here in the West, sometimes with humor, oftentimes with brutal frankness, but always with sound knowledge and great clarity. 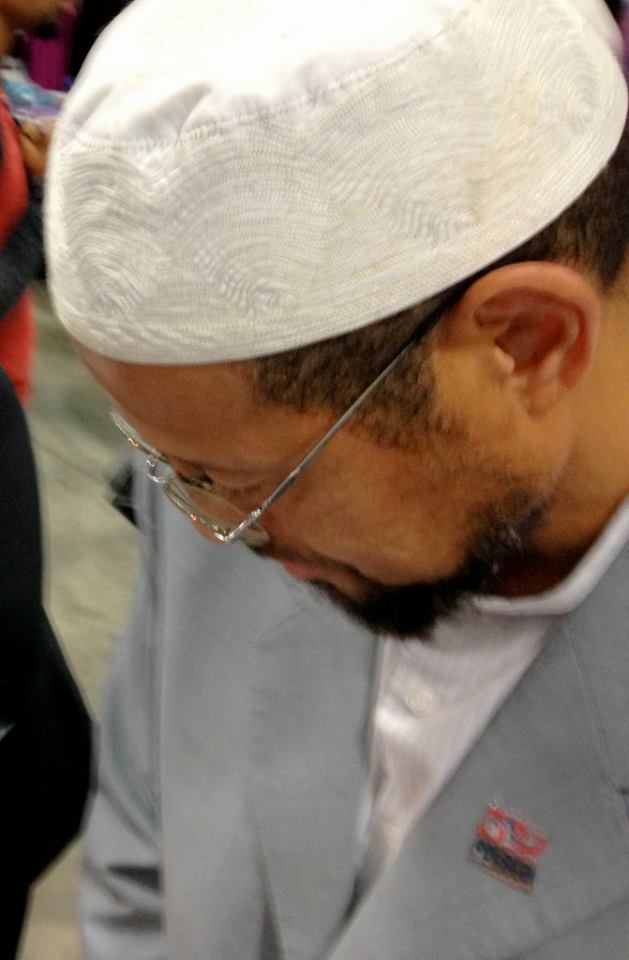 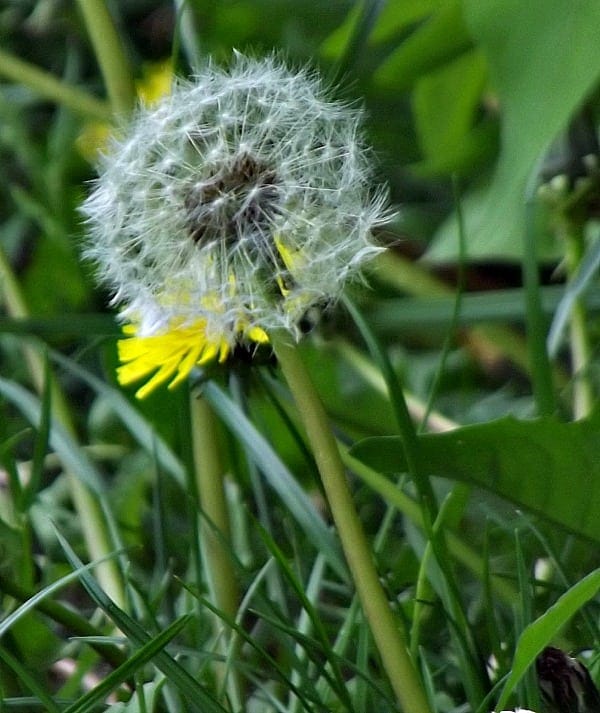 Finally, the world itself is a great enemy of the human being. However, this is not necessarily so, for the world can also be a source of great benefit. Whether the world is an enemy or a source of benefit lies in how a person approaches it. If one approaches it with caution and the understanding that is has many potential pitfalls, then one can negotiate past its hazards and traps. The Prophet mentioned, peace upon him, “The world is a source of beneficial enjoyment, and the most beneficial thing in it is a righteous spouse.”  This hadith presents us with a clear message concerning the potential benefit of the world. However, the Messenger of Allah, peace upon him, also said, “The world is sweet, green [and lush].”  This seemingly innocuous statement is a warning against the seductive temptation of the world. It can definitely benefit us, but it can also seduce us.
Its seductiveness lies in its ability to blind us and lead us to believe that its delights are unsurpassed and that they endure. When a person has been seduced by the world he comes to believe that there is nothing nicer and more pleasurable. He believes that he is in a paradise, and he believes that the delights of the world are permanent. The believer knows better. The Prophet, peace upon him, described this state of delusion in a few brief words when he mentioned, “The world is paradise for the disbeliever and prison for the believer.”  This is a powerful statement concerning the nature of the world. The disbeliever is deluded into believing there is nothing more pleasurable than this world, and his entire life devolves in a reckless, hedonistic endeavor. As for the believer, he lives like a prisoner, realizing that like an incarcerated person, he cannot do what he wants, when he wants, how he wants. However, like a prisoner he looks for opportunities to do things that will benefit him when he returns home.
A thoughtful prisoner will take advantage of the educational and vocational opportunities that are available for him. He will take advantage of the free time to read abundantly, expanding his mind and raising his consciousness, as was the case of Malcolm X and countless others. He will also hit the weights and work himself into tip-top shape. Hence, the Prophet, peace upon him, has presented an amazing parable for the world. In it the believer is constrained by the rules put in place by the warden. However, he takes full advantage of the opportunities he has, even in such a harsh and dangerous environment, of those things that will benefit him when he goes before the parole board and when he finally returns home. 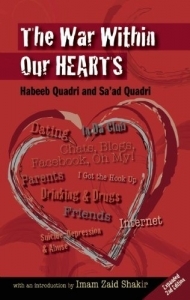 With this invaluable book, Habib Quadri has reminded our youth of these realities. He has shown us many of the weapons that the ego, Satan, our whimsical desires, and the world use in their war against our hearts, and he has given tremendous insight into the means of defense that we have at our disposal to resist the combined assault of those forces. He does this in a readable and accessible fashion that will not repulse those youth that have been pushed away from religion by the strict formalism and rigid thinking of scholars and teachers who, through no fault of their own, are simply unfamiliar with the mentality of Western Muslim youths and the severity of the challenges that they face just to be Muslims. Hence, when he reminds us of the war that is being waged on the battleground of our hearts, he does not cause us to despair. Rather, he encourages us by letting us know that this is a winnable war. Armed with that knowledge, let us all enter into the fray and begin fighting back.
_____________________________
Bukhari, 52; Muslim, 1599.
Bukhari, 1898, 1899; Muslim, 1079.
The wording in this verse should not lead us to believe that Iblis (Satan) was an Angel. He was present with the Angels when this command was issued and was thus included among those being addressed. As for his essential nature, he is one of the Jinn, normally invisible creatures who Allah has created from fire. Allah mentions in the Qur’an, concerning Satan, And when We said to the Angels, bow down before Adam, they bowed down except Iblis. He was among the Jinn and he refused the command of his Lord. Will you take him and his progeny as protecting friends, while they are an enemy unto you. What a foul exchange the oppressors make!  (Qur’an 18: )
Muslim, 1467.
Muslim, 2742.
Muslim, 2957.
Buy the book here.
Free Islamic Courses at SeekersGuidance:
The Marvels of the Heart
Purification of the Heart & Praiseworthy Character (from Ghazali’s 40 Foundations of Religion)
Principles of Islamic Spirituality
Relevant Resources: