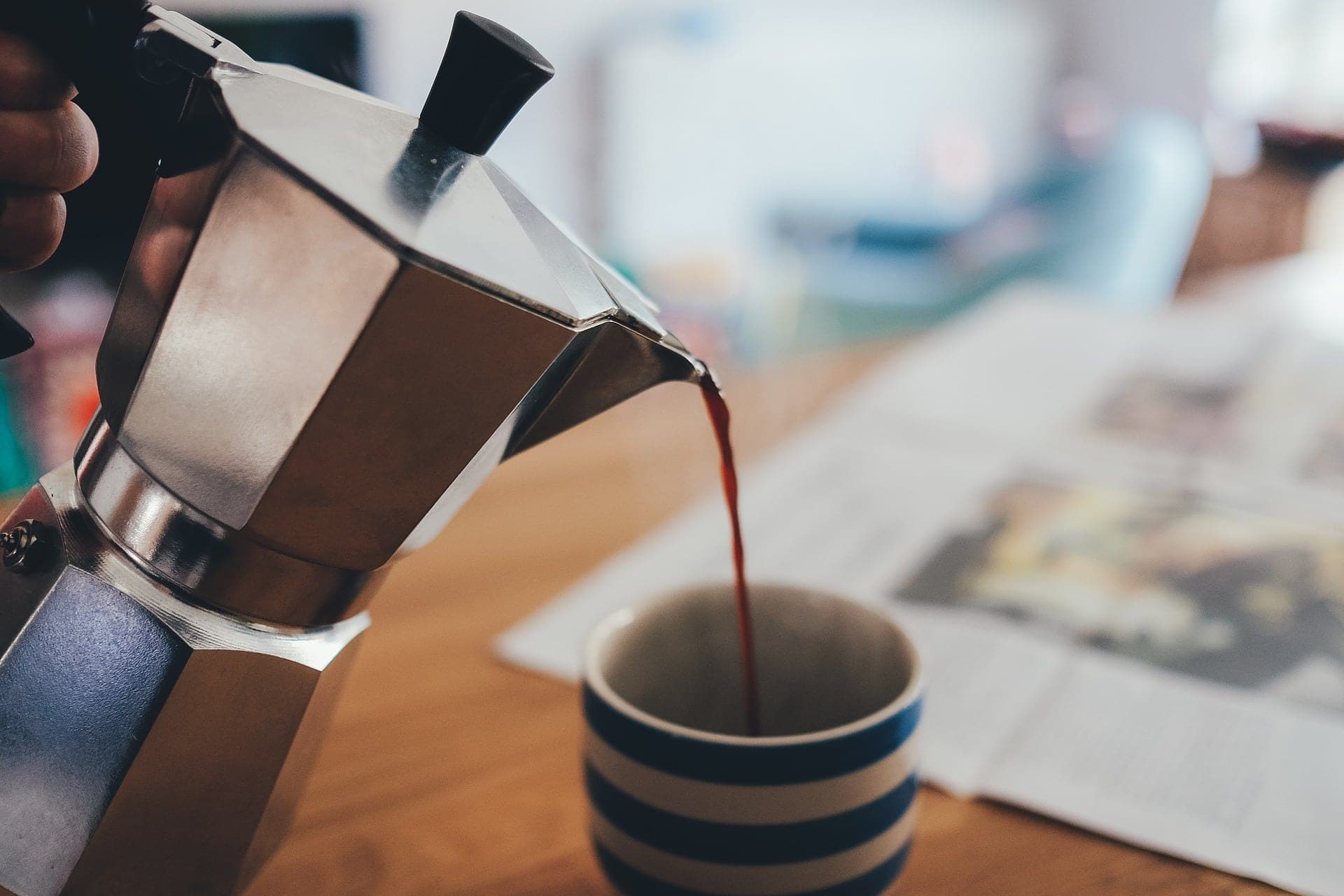 As we seek knowledge, sometimes we have baggage we need to let go of. In this article, Shaykh Abdul Rahim Reasat gives examples of Prophets, scholars and saints who have benefited through their humble seeking.

A man went to an old sage to learn from him. The sage was pouring tea into a cup whilst his new student was pouring out all his knowledge on the subject matter to show how much he knew. He kept speaking and the sage kept pouring. ‘Stop! The cup is full’ exclaimed the student when the tea started to spill out of the cup all over the table.

The sage stopped pouring, looked up, and calmly said, ‘You are like this cup. I cannot teach you because you are full. Empty your cup.’ The student learned a subtle, yet profound lesson.

Respect for the Teacher

Regardless of whether this incident actually happened, or not, it serves as powerful reminder of the proper manners required to benefit from a teacher. A willing display of a desire to learn and benefit is just one of many of the proper manners (ādāb, sing. adab) of learning. These ādāb are firmly rooted in Islam, and adherence to them is key to befitting from a teacher.

Unsurprisingly, the most famous examples of these ādāb have been narrated from the greatest people of knowledge to walk the earth. Abū Ḥanīfa (may Allah be well pleased with him) famously said that since starting to study with his main teacher, Ḥammād b. Abī Sulaymān, he prayed for him along with his own parents after every obligatory prayer. His most prominent student, Abū Yūsuf (may Allah be well-pleased with him), after narrating this, said, ‘I pray for Abū Ḥanīfa after every obligatory prayer before I pray for my parents!’

In fact, Abu Ḥanīfa was known to have never turned his back to the direction of  Ḥammād’s house in the eighteen years he studied under him. Far from being pedantic, these displays of reverence were a manifestation of the love, honour, and respect these great individuals had for Allah, His Messenger, and the dīn.

There was a time when these ādāb were culturally imbued into Muslims from childhood, and at other times the ulema saw that they needed to be taught to people. One of best works on this matter is Imām Burhān al-Islam al-Zarnūjī’s ‘Taʿlīm al-mutaʿallim ṭarīq al-taʿallum’ (Instruction of the student on the method of learning). He began the chapter on the ādāb of a student with a famous, albeit hyperbolic, quote from ʿAlī b. Abī Ṭālib which reflected his standing in this matter: ‘I am the slave of anyone who teaches me even a single letter; if he wants he can sell me, and should he prefer, he can enslave me.’

The Example of Prophet Musa

One of the greatest manifestations of humility before one’s teacher is that of the Prophet Mūsā. Whilst sitting with some of his followers he was asked if he knew of anyone with more knowledge than he had; he said ‘no.’

Being the Messenger of Allah, and having been sent to a people who Allah chose over everyone else living at the time, he was perfectly justified in this response. After Allah, if a prophet is not the most knowledgeable of his time, then who would be?

Allah directed him to al-Khaḍir, who, according to the majority of scholars, is also a prophet. He had been given special knowledge of matters that Mūsā had not been taught. Mūsā sought him out to learn from him, and upon meeting him said, ‘Shall I follow you on the basis that you teach me some of the great guidance that you have been taught?’ (18:66)

The rest of the incident is well known. However, it behooves us to benefit from the insights of the great exegete of the Qurʾān, Imām Fakhr al-Dīn al-Rāzī, who said, ‘Know that these verses indicate that Mūsā manifested many types of good conduct and gentleness when he wanted to learn from al-Khaḍir…’ He then proceeded to explain them to us.

So, clearly seeing and expressing one’s subordination to the teacher to learn what he has to offer is of paramount. Someone who feels superior to his teacher, or expresses such a notion, has fallen far from the ādāb he should adhere to. There is no question of Mūsā’s superiority to al-Khaḍir; he is one of the greatest five messengers – Those of Great Resolve: Nūḥ, Ibrāhīm, Mūsā, ʿĪsā, and Muḥammad (Allah bless them all and give them peace). His words here express his appreciation of the value of knowledge.

This is quite significant coming from the greatest man to walk the earth at that time. It came from a recognition of the value of what the teacher has been given, and so, honouring the teacher for that virtue. There are times when it is obligatory for someone to impart knowledge; Imām al-Shāfiʿī said,

“Whoever bestows great knowledge to fools has wasted it; and whoever refuses it to those deserving it has wronged [them].”

Despite this, the matter was placed before al-Khaḍir as a mark of recognition of the teacher’s worth.

There is no desire to outclass the teacher, nor to even appear to do so. Knowledge increases with study and effort, and it may be that a student is on an equal or superior footing to his teacher in a particular subject matter after years of study- but this should not be manifested outwardly. The student is forever indebted to the teacher for having been taught by him, so there remains a perpetual recognition of this.

One of the forms of gratitude is to recognise the good which has been done to you. Recognition of Allah’s favours is a form of gratitude for them; hence the command to ‘recall Allah’s favour’ in so many places in the Qurʾān. This is a gentle reminder for both of the fact that the knowledge is a gift.

This statement is an expression of need for the knowledge al-Khaḍir has to offer, and of a desire to implement and act upon what is learned. For knowledge to truly benefit it has to be applied.

Allah’s kindness knows no limits, everything we have is from His generosity and kindness. We can glean from the Sunna of the Messenger of Allah (Allah bless him and give him peace) that Allah love it when His servants imitate His actions in dealing with people: the merciful are shown mercy; the forgiving are forgiven; He is generous and loves generosity; He is the most beautiful being inn existence, and He loves manifestations of beauty. Following the same logic, Mūsā encouraged al-Khaḍir to teach Him as he was taught by Allah.

Imām al-Rāzī mentioned the statement of ʿAlī b. Abī Ṭālib in order to clarify what he was expressing. The statement is literal for those who are taught directly by Allah; He is the source of all knowledge.  For anyone else, it is meant metaphorically as it expresses the gratitude owed to the source of knowledge.

This point reflects the fact that the student’s role is to imbibe the teachings of the teacher. If the student observes the teacher do something which is not expected of him he should not object – unless it is clearly impermissible – as there is bound to be a reason behind it which the student many not be aware of.

Once again, this is a recognition of the virtue and standing of al-Khiḍr. The humility Mūsā consistently shows here is clear proof of his initial statement of there not being anyone more learned than him was what he genuinely thought.

These are most of the points raised by Imām al-Rāzī when explaining this verse. It is noticeable that there are not many actual do’s and don’ts, due to the focus being on the inward attitude towards knowledge, its bearers and Allah, its source. When this proper attitude is present everything else falls into place. The Prophet’s Smile – “Are You Making Fun of Me, My Lord?” 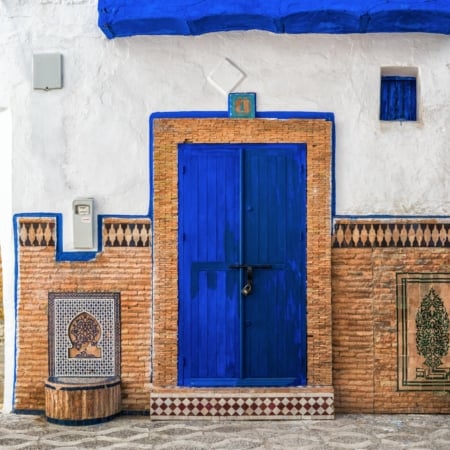 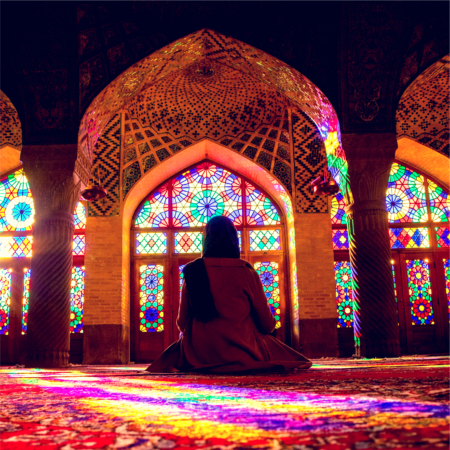 New to Islam Reader: A Trusted Collection of Resources for Converts 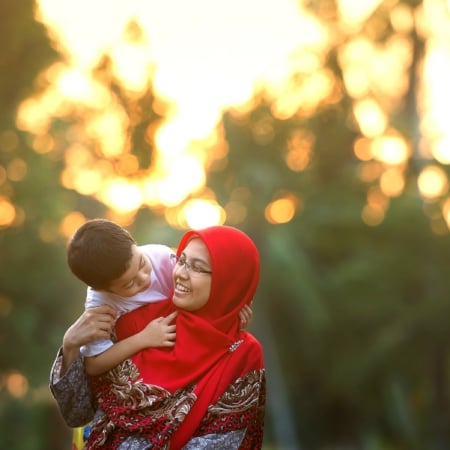