Shaykh Mohammad Ba-Dhib, sits in his brightly lit office and waits for me to begin the interview. We have another brother present, a student named Abdullah waiting to assist us if a translation is required. Shaykh smiles at me and I ask if I can record the interview for my own notes and record. He obliges.

I tell him that I will be asking questions about his childhood, and chosen path of Islamic studies. He laughs a little nervously.

I know that the newest resident-scholar of SeekersHub was born in Shibam, Hadramawt, Yemen. He is not much older than me but has published over 70 books in theology, Islamic Fiqh, Islamic history, Arabic literature, Arabic poetry. His accomplishments might intimidate me if it wasn’t for his warm smile and approachable demeanour.

I begin by asking Shaykh Mohammad about his favourite subject in all the topics he has studied, researched and written of. He tells me enjoys the history of Hadith, and particularly the biography of the Fuqaha and Muhaddit’hain. Shaykh Mohammad tells me that he was always inclined towards learning in the Islamic tradition. He was but eight years old and had memorized the last quarter of the Holy Qu’ran. He loved going to madrassa after school for the Maghrib prayer, and would stay to study of his own volition. When many children are commanded by their parent to sit, listen, learn and recite, Shaykh Muhammad was eager to be immersed in this Prophetic tradition.

Shaykh Mohammad was an excellent student and so much that even in his youth, his peers named him “Shaykh Badiyya” after their teacher because of his mature disposition and affinity for learning in the Islamic Sciences.

As the youngest of five boys (his eldest brother is 22 years older) I wonder whether his parents encouraged him to pursue his passion for Islamic studying. He laughs heartily.

I rephrase my question and wonder whether his father wanted him to be an engineer or a doctor, because he was always such a high achieving student in all subjects.

“A pharmacist or a doctor,” he says with a shining smile. “[Initially] My father was against me.”

He moved to Saudi Arabia when he was 12 years old and studied with one of the greatest Shaykhs of that time, Shaykh Umer Jadahi Sadaat. Shaykh Muhammad wanted to go to study at Al-Ahqaf University in Tarim, Yemen, which only began running programs and classes in 1996. Naturally, his father had some reservations about the institution as it had only recently been established.

The teachers at the university recited Fatiha and not long after, his father had an operation. During his recovery, he went to the the teachers and they helped encourage him to give his son his blessing.

Shaykh Muhammad is the proud father of three children, two teenage sons ( one of whom is already Hafiz) and a very young daughter. He tells me that he would support his children’s decision to enrol in traditional Islamic studies. In fact, he would even prefer if one of them chose that path. I notice that he does not discriminate between genders of his children. I ask him about the perceived lack women in Islamic Scholarship, and if there women on the path of seeking knowledge. Shaykh Muhammad sits up and for a moment looks serious. I understand this is to emphasize the importance of what he will clarify. “I have taken Ijaazat from Syeddat (female teachers)!”

Shaykh Mohammad tells me about one of his own teachers and mentors, Dr. Attiya Arab, who granted him Ijaaza in Hadith. She taught at the University of Karachi and comes from a long line of scholars who have contributed immensely to Islamic Scholarship. She has Ijaaza in teaching the Isnad from Shaykh Maymani. Her father is Maulana Khalyl Al-Yamani.

This is also of significance. At Aligarh Islamic University in India, there is a council of Arabic and Islamic studies which publishes a special edition of a journal. One issue includes the entire treatise that Dr. Attiya Arab wrote. The point of sharing this is to illustrate that great scholars are certainly taught by women.

Shaykh Mohammad’s craving for knowledge not only took him to Tarim, but to Beirut, Lebanon. He completed his PhD in Theology from Aligarh University in India. Over a four-year period, he completed his doctorate in the History of Hadhrami Scholars in India, while travelling back to the Middle East.

He grins and tells me that butter chicken was his favourite dish. I smile knowingly, because who among the most pious people and greatest minds, does not love juicy chicken pieces smothered in a creamy savory sauce?

“Parathas, with ghee” he replies very quickly. We digress from the usual interview questions and Shaykh Muhammad tells me that in Yemen, there is a similar type of bread called “barowtha”. I am beginning to get hungry.

I ask Shaykh Mohammad about his experiences in India. He tells me that after Makkah, Madinah and Yemen, India is a spiritual place full of Islamic tradition, and I can see that it is very close to his heart.

He describes a very precious memory to me, as I listen keenly. Shaykh Mohammad is the type of teacher who makes you want to catch every word he says.

“Yes,” he grins “Dhobi! The dhobi used to iron my clothes – 2 Rupees per piece, and he used coal in the iron…:”

“He used coal?” I asked incredulously.

I look at Brother Abdullah to make sure that the words are correct in English. He nods and they exchange a few sentences in Arabic. Brother Abdullah smiles and confirms. “Yes, they use coal.”

Shaykh Muhammad asks Brother Abdullah to Google it. He does. I am fascinated by this information, and also feeling a slight bit sheepish because I had no idea they put coal in irons.

But this incredibly knowledgeable Shaykh, remembers the 80-something year old ‘Dhobi’ who pressed his clothes over four years. He remembers him well. I wonder if the coal ever stained his clothes. But Shaykh Mohammad is pristine and I immediately feel a pang of guilt for assuming that the Dhobi wouldn’t be anything but phenomenal in his professional work.

I appreciated how Shaykh Ba-Dhib recollected this memory, something small that is ample yet meaningful, a poignant reminder of his personality and character.

Often, we see our teachers and our Shuyukh as people who are larger than life. They espouse knowledge, wisdom and are often our guides to betterment. But there are always the moments when their personalities shine through and we get an opportunity to see them as part of the Umma, as former students who struggled, as those striving to follow in the path of the Prophetic tradition, as people who remember their journeys with gratitude and reflection.

Earning a PhD in Theological studies is not a simple task. Taking in the surroundings in a foreign country with so much positivity is no small feat. This is one of the small lessons I have picked up from our hour-long conversation.

Shaykh Mohammad guides students to have a clear focus. He is very ready to offer a lot of practical advice.

“Students should have a plan,” he reiterates. “So they do not get distracted.” Shaykh Mohammad believes that being goal-oriented is important in many things, particularly in higher studies.

He has not only shown this from a very young age, but continues to exemplify this today. He is of the highest calibre of teachers and brings a sound understanding and personality to SeekersHub.

I make a mental note to bring butter chicken to the next community event. 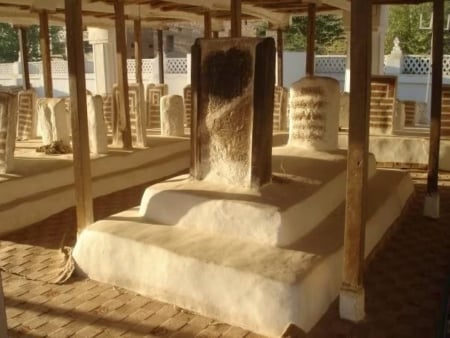