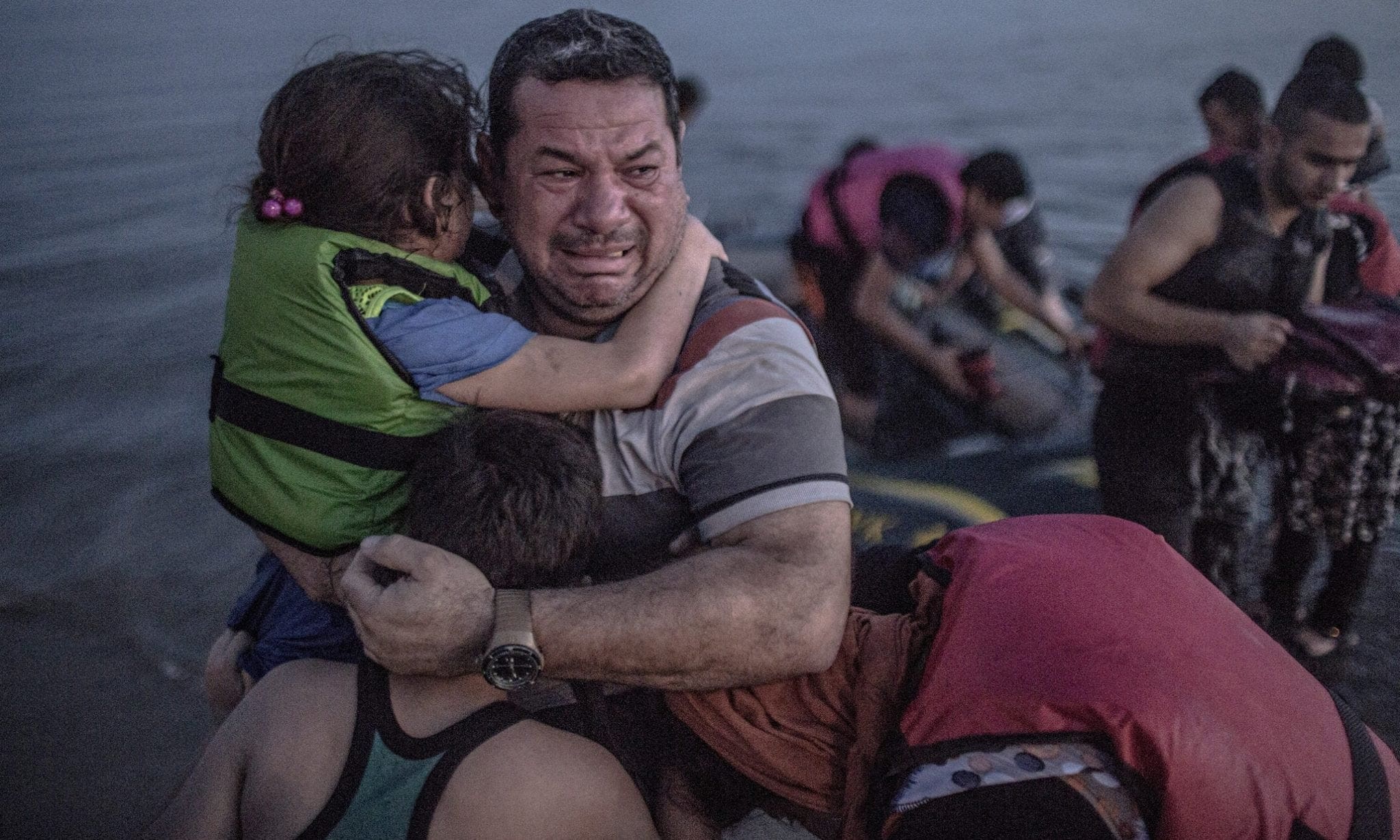 To say that this past year or so has been difficult is an understatement.  My father passed away in August 2014 when my youngest son was only 11 weeks old. Navigating through my own intense grief while caring for my infant son and energetic 4 year old was more than I thought my mind, body and soul could carry. The little spiritual reserve I had left was being sucked away by watching the state of the Muslims around the world sink further and further into disarray; Syria, Iraq, Myanmar, Afghanistan and the list goes on. Then the Paris attacks happened – as the world magnified on the Muslim community across the globe, particularly breeding fear against Syrian refugees, I was sent into a state of frozen numbness as I consumed every story, post, news clip and article that flashed across my iPhone screen. I started having nightmares and waking in the middle of the night anxious about the growing backlash and Islamophobia against the Muslim community. During these wakeful nights, through crashing waves of tears I began to do something I hadn’t done in a while – talk to God.  I wept for my broken heart to be mended and my empty soul to be filled up again. I begged for inspiration and direction with the hope for a clear sign that God had heard my call.

No matter how many times I read those verses, when relief finally overcomes hardship in my life, it never ceases to amaze me. Through those conversations in the darkness of the night, the storm inside of me began to calm and I could see the tide turning.  God All-Mighty undoubtedly answered my call in direct and subtle ways.

During this tumultuous time, I stumbled upon this quote by writer Maria Karim: “A glimpse of Allah’s limitless mercy is that He sends the right people at the right time with the right words or gestures to remind you that you are not alone, to reinforce that you are not forsaken, to repair your weak faith so that you can resolve your life with hikmah (wisdom) and to restore your complete tawakkal (trust) in Him so that you rely on Him alone. Blessed are those who are able to pull themselves out of self-pity and depression because they eventually realize the intensity of being taken care of by Ar Rahman, Himself.” Every word felt as if it was written just for me. It was the sign I was searching for.

Shortly there after, “the right people at the right time with the right words” began to appear after I posted this rare personal note on Facebook: “I’m having nightmares [about recent events]. I need to get off Facebook for a while”. 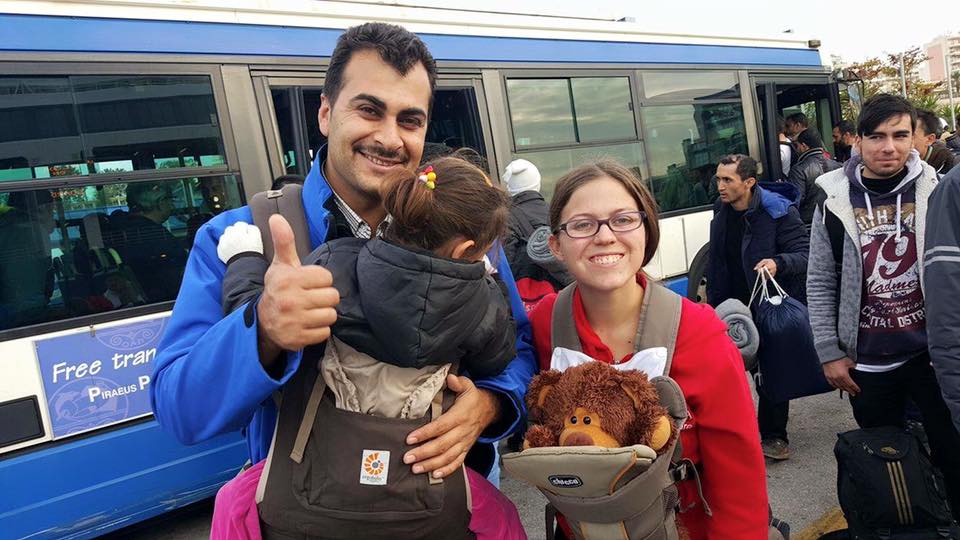 In response, messages of concern, support and love started pouring in – not just from my many Muslims friends but most impactful from my friends of other faiths.  This was the healing balm that began to mend my brokenness. The most significant message came from Jessica who wrote me several encouraging messages. One said, “I’m glad you’re feeling some support from those of us who refuse to accept all the hatred and misinformation.” After a few exchanges she posted the following: “I’m collecting used baby carriers to send to [Syrian] refugee mothers in Greece. If you have any or know of someone who would like to donate, please put them in touch.” She was referring to the very non-profit I had bookmarked for future follow-up days before but had forgotten about – that organization was Carry the Future.

As a mother of young children it is easy to feel isolated and helpless not being able to serve the community like I could when free time was plentiful; but how could I feel hopeless and despair when I was steeped in all of these immense blessings given to me by God, while many like the Syrian refugees had lost everything?  Inspired by my recent awakening, I began to brainstorm ideas about how I could make a difference and motivate others to do the same. I thought of Syrian mothers when my arms would ache from holding my crying, teething baby all day and I would imagine those Syrian mothers holding their crying, teething babies knowing that they had to continue walking; continue carrying their children; continue on for the sake of their children’s future. I felt an overwhelming sense of gratitude and responsibility, which compelled me to do something to ease their load. 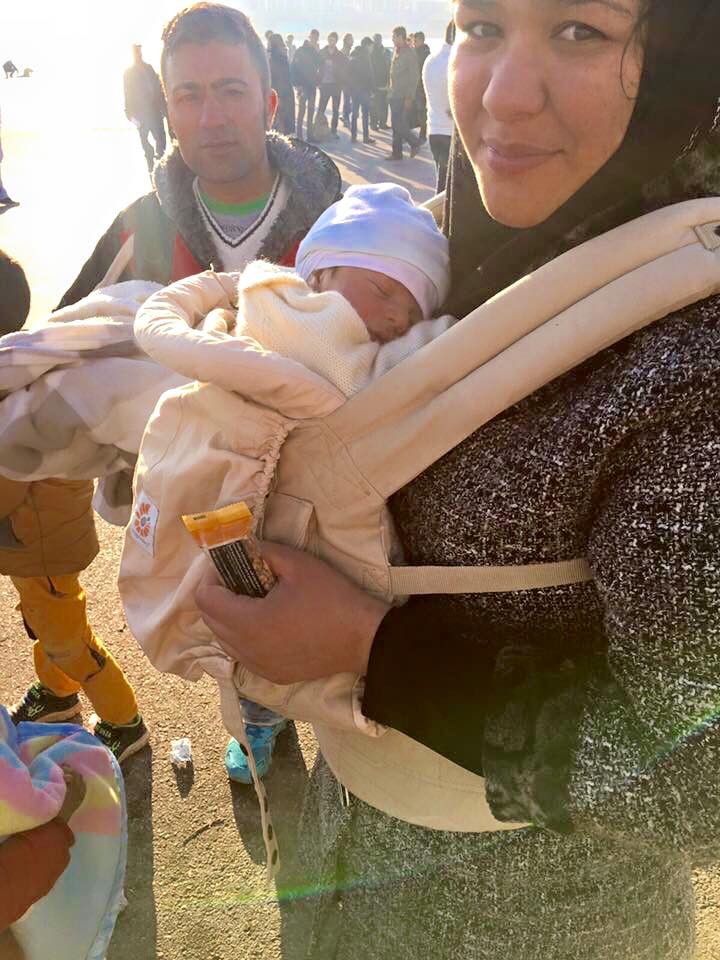 Many people, Muslims and non-Muslims alike want to help Syrian refugees but find it difficult to parse through the many options out there. That’s how the idea came about to support Carry the Future, which has a simple and specialized cause – provide new or gently used baby carriers to Syrian Refugees along their travel route. Volunteers are on the ground in Europe fitting parents with carriers as they get off boats and ferries and on to buses to continue their journey.

To make it easy for people to participate, I created an Amazon wishlist with a few carrier options and shared it as a post on Facebook. My goal was simple – take your concern and turn it into action – buy 25 carriers for Syrian refugees.  The post inspired many of my friends to share and contribute and some even created their own campaigns. While I was sending out messages requesting support – at the very moment I was typing Shaykh Faraz Rabbani’s name, he was already sharing my post (SubhanAllah, another miracle), which resulted in a mini-viral effect. 164 carriers we’re bought in less than 48 hours and the numbers are rising!  This whole experience showed me that with faith, a little effort and some creativity we can all have an impact. 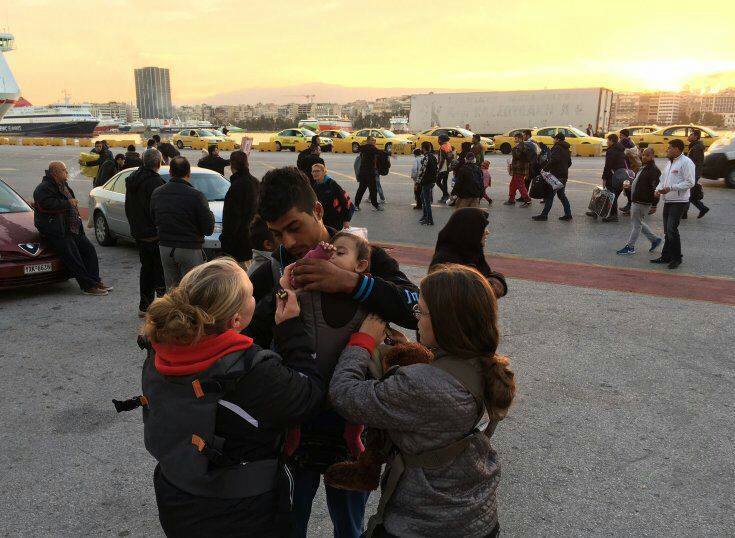 At a time where world events have caused Islamophobia in the West to reach an all time high, it is easy to become consumed by fear and anxiety. Here is what I’ve learned along the way and advice I first and foremost give myself:

I’m grateful to Shaykh Faraz Rabbani for asking me to write this and allowing me to share the story of how I arrived at campaigning for an organization called Carry the Future. This inspiring non-profit provides baby carriers for Syrian Refugees making their way through Europe. The meandering account above is one of loss, sadness and tribulation but also of miracles, blessings and openings.

If you’re interested in purchasing or donating gently used carriers for Syrian refugees please visit my Amazon wishlist or go the Carry the Future website.  Even better, start your own carrier drive!

Reema Qadry is a stay-at-home mother of two boys, aged 5 and 1.5 years, residing in Seattle, USA.