Islamophobia is alive and well but are we capable of a compassionate, introspective response? Tanya Muneera Williams 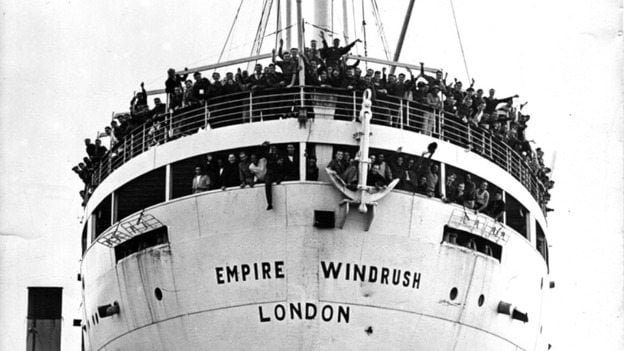 On the 22nd of June 1948 the landscape of England changed in the most unprecedented way. The arrival of the empire Windrush from Jamaica to Tilby docks in Essex has been pinpointed as one of the biggest changes in post-war British history.

It can also be said that the 500 or so passengers on board the Windrush, represented a complete rethink of what it meant to be British, and in essence it was the start of what has become known as multiculturalism.

An Era of Social Bias

Tension between minorities evident on a daily basis

Maybe this is one of the reasons why I was sickened to see the video of a black British woman, who was quite possibly of Caribbean heritage abusing a pregnant Muslim woman on the bus in a multicultural area not so far from me. A few days later, another video emerged of a young man hurling abuse at a disabled Turkish man. I should not be that surprise, because despite living in an ethnically diverse area of London, on a daily basis I see contentious interactions between mainly migrant communities, but more specifically between ‘Black British people’ and people from a Muslim background. I am often astonished how the act of sitting on a bus, or waiting in a queue can get so volatile. This was summed up perfectly when one day I was standing in rather long queue at a cash point when an East African Muslim lady who was the first person in line at the cash point, could not find her card and continued searching for it despite the queue growing longer; out of nowhere a young ‘Black British man’ maybe in his mid 20s shouted out “You can’t come to England and be a problem, now you want to take my time.”

At first the lady did not respond, but after some members of the of the queue started showing solidarity towards the man and others huffed and puffed, she swore at him and the slanging match started. Thank goodness she was able to give as good as he got, and in the end she boldly walked away, but that does not disparage the fact that an everyday event escalated in a matter of minutes and by time the incident finished, they offended each other with terms like ‘bloody refugee’ and ‘fatherless child.’ Granted these terms were said in the heat of the moment, but on some level they are indicative of wider cultural perceptions.

Back to the bus incident, however, in the first few seconds of seeing the footage, to my shame, I thought what did the pregnant Muslim woman do or say to get the other woman so enraged, but before the first minute was over it was clear to see that the pregnant Muslim woman probably could not even speak English and even if she could, whatever issues the abusive lady had, were deeply rooted within herself, and the anger that she unleashed was self inflamed.

Not that it needs to be said, but for the sake of clarity, what happened was totally wrong, and as the abusive woman has handed herself to the police, she will no doubt see the repercussion of her wrong doings.

The antagonist is our sister in humanity

Someone asked me if it is difficult for me to see the wrongs of the ‘black woman’ being black myself, I was mystified by the logic because the school of thought that I am from is that we have to be self analytical, we have to be able to critique ourselves, our actions and inactions in order to develop and grow in a healthy way. Although it may be shocking to some, I see the antagonist as my sister, my sister in humanity and my sister in ethnicity, so as my sister I want better for her, I want her to learn that her actions are not the type of action that can be tolerated in this society, and want her to know that in short, her attitude stinks.

Being that she is only a little older than me, the likelihood is, like me she is a second generation immigrant to this country; the hardships that my father and many others like him endured during the Windrush era and the lasting consequences of their efforts would absolutely be in vain if 50 years down the line we as their children become the aggressors to immigrants who too are seeking a better life.

Another interesting thing this incident bought up, which sickens me equally if not more, is the sheer amount of racism that is festering deep in the crevice of some believing people’s hearts. This is not a new phenomena, many people have been speaking about it for years, and have been told “it’s dying out”, “it’s not really racism, it’s just cultural differences”, “you have an inferiority complex”, “you are causing divisions in the Ummah” or “oh you are one of those black Muslims.” But after seeing the comments to the video of the bus incident, no one can deny the sickness that in many cases is not hidden that deep beneath the surface. Some of the comments used terms like “Nigger”, which was justified by someone else saying it was only used for the ‘black women’ in question not anyone else. Another person actually said “had it not been for Islam you would all be slaves,” in reference to those from the African diaspora.

No place for racism

I feel foolish having to point out the obvious, but there is no place for racism in Islam. The conversion experience of Malcolm X attracted many converts from the African Disaspora to the Deen – particularly his experience of men of all colour treating each other equally. For many, part of the conversion process is trying to separate seemingly racist encounters with people of Muslim backgrounds, from the words of God and the practices of the Prophet Muhammed, peace be upon him, and it was his practice to rid racism wherever he saw it. So this should be our Sunnah, up there with men wearing beards, or fasting on a Monday and Thursday.

If the words “An Arab has no superiority over a non Arab nor a non Arab has any superiority over an Arab” and “A white has no superiority over a black nor a black has any superiority over white except by piety and good action” is not enough for us, then let us then reflect on the actions of the Prophet, peace be upon him, and how he welcomed black people into his family in the case of his adopted son Zaid b Harithah, or how he honoured and respected his Black mother by breast milk, Barakah Bint Tha’labah. We can also reflect on how Allah has honoured Bilal by allowing our Rasool, peace be upon him, to hear Bilal’s footsteps and call to prayer ahead of him in the heavens.

Allah has said in Quran 49:13 “O Mankind, We created you from a single pair of a male and a female and made you into nations and tribes, that you may know each other. Verily the most honoured of you in the sight of God is he who is the most righteous of you.”

The community’s lack of acknowledgement

These are comments and attitudes that don’t belong in Islam, and are not befitting for those who believe in the Prophet Muhammed (peace be upon him). It is not so much the racism that bothers me, it is our community’s lack of acknowledgement of it, which will naturally lead to inactivity toward changing it, which leaves me thinking how are we as a Muslim community in Britain going to develop and grow in a healthy way?

Every day, “Muslim terrorist”, “sex grooming gangs”, “refugees”, “halal meat”, “Shariah law”, “Islamic State”, and whatever other negative connotations that can be conjured up are fed to us through the media. We are in the era of political parties increasingly leaning towards the right, the era of comments like “multiculturalism has failed” and “Muslims are not integrating”. Coupled with tensions between communities means that unfortunately, appalling incidents like the one we witnessed on the bus are liable to be on the increase before they decrease. A perfect example of this is another clip which recently came out, which shows a mix heritage young man acting aggressively towards an older Turkish man, again on a London bus. After his tirade, the perpetrator threw the elderly man’s zimmerframe off the bus. The direct physical threat was made clear and explicit. What was sad to see is in both this clip and the one involving the pregnant Muslim woman is that no one on either bus intervened.

As Muslims we keep faith, point out injustices and continue to showcase the beauty of our path, but what maybe a greater task is looking at our own short comings, pointing out when we have done an injustice to ourselves, for the sake of preserving this beautiful path.

Tanya Muneera Williams or Muneera Pilgrim, is a Bristol born, London based, rapper, poet and cultural commentator. She is one half of the hip-hop and spoken word duo Poetic Pilgrimage. She facilitates workshops, gives seminars and performs around England and Europe and has toured South Africa, Morocco and The United States. Muneera has facilitated a series of participant led, poetry performance courses in Sudan where she lived as a teacher and performer, she conducts engagement workshops in schools and performs and hosts around England. She is currently studying for her MA in Islamic studies where she is focusing on the Caribbean contribution to Islam, migration, gender and race. Using her talent, skills and passion Muneera colourfully etches a space of dialogue that can be accessed regardless of cultural, religious or gender boundaries. Rooted in spirituality, she uses communication for edification and change.

Our Condition Today: the Disease and the Remedy
Advice from Habib ‘Umar: How to defend the Prophet
Hadiths on the “Bad Traits” of Black People
Letter to the West: we just have to learn to live together
Race To The Top
Would it Be Wrong To Avoid Interracial Marriages For Cultural Considerations?
Dealing With Those Who Harass Muslims“Sound societies come from sound hearts” When Hearts Go Hard – Hadiths to Revive the Heart 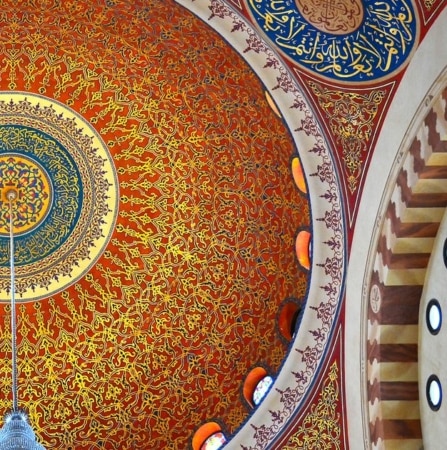 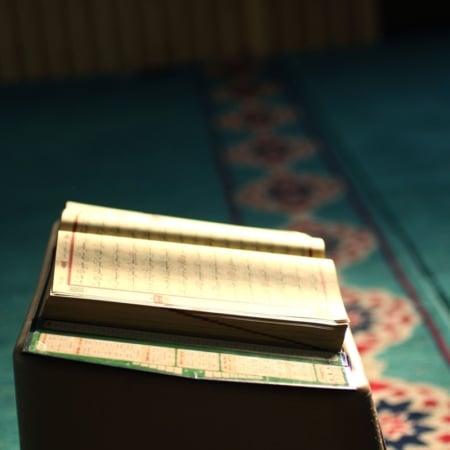