SeekersGuidance launched The Centre for Arabic Manuscript Verification and Editing in January 2020, in partnership with  the Fatih Sultan Mehmet University Research Centre, ISAM – Centre of Islamic Studies, and the Institute of Arabic Manuscripts. The purpose of this is to contribute to the revival of Islamic scholarship, through training scholars and academics to properly edit and publicize our great heritage of manuscripts (makhtutat).

The Centre for Arabic Manuscript Verification and Editing trains researchers, students and scholars in the science of manuscript verification,  editing and publication through structured courses. It is hoped that this will set a precedent of collaboration among institutions, and lead to further development of this critical science.

The Importance of Manuscript Editing

The importance of this science has largely been neglected in our community–especially in parts of the Islamic world that host the largest and richest collection of historical Arabic manuscripts. There are at least six million unique manuscripts that have been identified across the Islamic world.

The vast majority of this great heritage remains unknown and unserved.

Reviving this science of manuscript editing will allow us to take these great works of Islamic scholarship from the dark storage rooms into the light of publication, thereby providing scholars deeper understanding and insight of our rich scholarly tradition–and contributing to the revival and renewal of Islamic scholarship.

It’s worth mentioning that without proper training in this science, we run the risk of publishing works that are unreliable, as we have seen in the past.

Scholars and academics alike have reported the dire need for the development of strong methodology and process in this field.

Though this work is critical, few organizations have shown interest in this field, making the involvement of an international organization like SeekersGuidance even more visionary.

SeekersGuidance continues to dedicate itself to preserving and disseminating traditional Islamic guidance in conformity to our rich intellectual tradition. 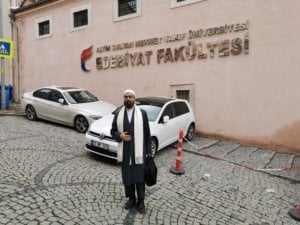 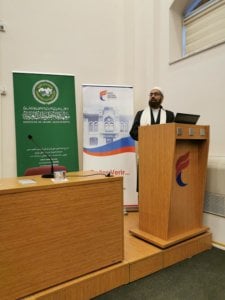 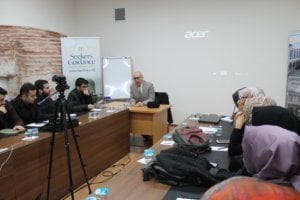 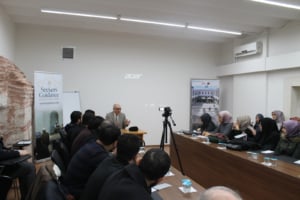 Human beings have made tremendous efforts over thousands of years to record and transfer knowledge from generation to generation. Today in our digital world, we all witness a phenomenal revolution in the ways and tools people use to serve this purpose. Before the digital age, the invention of the printing press opened new horizons before humanity and significantly enhanced our capacity to record and spread knowledge. Regarding the principle that our knowledge accumulates over centuries and we build new information upon all the data that has arrived at us so far, an intriguing question poses itself: “How were we recording and transferring knowledge before the invention of the printing press?” The answer is quite apparent, as thousands of libraries around the world contain millions of manuscripts, that are hand-written works.

From the 7th century until the great Western scientific revolution took place, Muslims were carrying the flag of knowledge and science and thus, they produced millions of manuscripts in every scientific field of research. This enormous legacy we inherited from their centuries-long efforts is not only our legacy as Muslims, but it is also a great part of the accumulation of knowledge and thought created by humanity throughout history. Therefore, it is of utmost importance for us to reach this accumulation and develop healthy relations with it first, then benefit from what it offers to us as a source of knowledge as well as of new perspectives.

Importance of this Science – Today

In order to achieve this goal, we need to make critical editions of thousands of manuscripts in various fields, giving priority to the most important ones. It is well known, manuscripts are not like printed books. Since they were copied by hand, they may contain errors or differ from the original work. This necessitates a special process of comparing different copies of the same book so that one could reach an editioned copy which is more likely to be in accordance with the original work. This phase is the most crucial part of the process of studying a manuscript for publishing which is generally called “at-tahqiq”.

Recent Efforts to Reconnect to Our Manuscript Heritage

Even though there is an increasing interest in our legacy of manuscripts in the last decades, we still have a long road to reveal the real dimensions of this hidden treasure. Realizing the need for more experts in this field, some foundations have started to organize “tahqiq” courses. ISAM (Centre for Islamic Studies) is the most prominent foundation in Turkey in organizing these courses. Between the years 2013 and 2018 they organized 25 international “tahqiq” courses at different levels. Since 2018, it ISAM has shared its experience by organizing “tahqiq” courses in cooperation with important educational institutions in Turkey, such us Fatih Sultan Mehmet Vakıf University and Ibn Haldun University.

Through these strategic partnerships, this time, they were able to gather experts from multiple countries such as Egypt, Syria, Jordan, Saudi Arabia, Canada, and Turkey; not to mention the 60+ participants from around the world.

As an Islamic Studies researcher, I highly value these opportunities. Since September of 2019, I have been able to participate in both basic and advanced levels of the “tahqiq” program. These courses have given me the tools to explore and enter the fascinating world of manuscripts. I have had a chance to learn key aspects of the “tahqiq” process from experienced experts such as Mahmud al-Masri (SeekersGuidance/ Fatih Sultan Mehmet Vakıf University), Hamza al-Bakri (Ibn Haldun University), Hasan Othman (Umm al-Qura University-Mecca) and Faisal al-Hafyan (the Egyptian Arabic Manuscripts Institute).

I strongly encourage researchers in Islamic/religious studies, comparative literature studies, historical studies, and Middle Eastern Studies to benefit from such services and not to miss the next “tahqiq” course. I pray that the interest in our manuscripts legacy increases over time, and leads to a deeper understanding of our tradition. May Allah, Most High, reward everyone that has been involved with these programs with either his/her time, money, knowledge or thought.

For more information about our work in Istanbul and the newly launched Dar al Fuqaha Seminary click here.