Learning to See: Park51 and my Second Day at Work – Janan Delgado

A fascinating and suspenseful article by Janan Delgado who works with the Park 51 project in New York about the struggles of representing Islam in a tense post-9/11 New York and interacting with families of 9/11 victims. 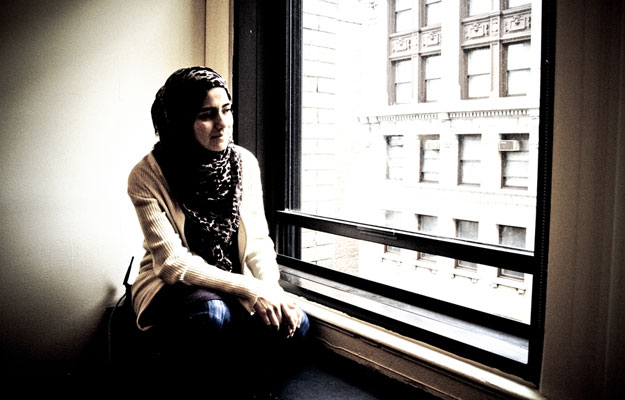 August 10th, 2010. I sat in a hall listening to my new boss, Sharif El-Gamal, developer and Board Member of the Park51 Community Center, explain the project to the families of the 9/11 victims.  It was my second day at work and my first official introduction the Park51 project. A graduate fresh from a masters program at New York University, I was excited, hopeful and intrigued by world of possibilities outside of academia.

“What do you want me to do there?” I had asked him as we rushed to stop a cab.

“You can listen, take notes and we will debrief later,” he replied. “I will be interested in hearing your impressions on the session.”

Once at the hall, Sharif took his seat at the front, and I sat at the back of room, dutifully taking out of my suitcase, my newly purchased notepad and pen. I am an assistant. I thought. Assistants take notes diligently. Easy enough.

After Sharif El-Gamal presented the vision and mission of the project, the microphone passed from one 9/11 family member to another, each getting her/his opportunity to voice concerns, ask questions, or demand clarifications.

The mood was tense.

“I will tell you one thing, sir,” said a man in his thirties who had been hissing and making uncomfortable noises throughout Sharif’s presentation. “I don’t want your Islamic mosque there. You have to put it somewhere else.”

A few of them nodded approvingly. I jotted it down.

An older lady spoke in a polite, soft tone, “I understand this center can provide an opportunity for interfaith relations, but we really do wish you had chosen another place.”

“I understand,” replied Sharif, “but I also want you to understand that there was a need for a community center and a Muslim prayer space there, in that area. A nearby Muslim community was evicted from their mosque, and people were praying on the streets! As for the exact block, we didn’t pick that…you know…that is not how the NYC real estate market works….”

“Lies!” yelled a man in the back, “It’s a victory mosque! That’s why you want to put it there!”

“Sir, you have not been given the microphone,” interjected the moderator.

“It is not a “victory mosque”, it is a community Center with a prayer space,’ Sharif clarified calmly though in his usual passionate and strong tone of voice, “and Muslims died that day too!”

My heart beat fast. I tried to hide my agitation. I was the only veiled woman in the room. I was sitting by myself near a group of evidently upset men. Two of these men, in their thirties or forties, sat on both sides of an older man who appeared to be their father.

Though waiting quietly for his turn to speak, this older man had looked perturbed during the entire session. He had barely looked up, fiddling with a little object between nervous fingers. When he finally spoke, his voice was deep, monotonous, and solemn. His words, articulated with difficulty, pierced the silence in the room.

Then, with tired and watery eyes, he looked up and straight to Sharif, threw a quick glance at me, and added, “I do not want to see you there.”

My heart sank. Unlike the man who had yelled “collateral damage” from the back or the two men sitting by his side, there was no rage in this man’s eyes. Only immeasurable pain and unspoken questions.

The room was silent, and a long time seemed to pass before I realized this man was extending the microphone to me.

But clearly, I was the only person who had not yet spoken. I looked anxiously across the room for a cue from Sharif. He nodded emphatically, take the mic!

I held the microphone in my hands, and searched for words.

“I am actually Sharif’s assistant,” I uttered hesitantly, “I really only came here to take notes.’ I felt silly. ‘I had not… planned to speak tonight…’

I glanced around me. The eyes of thirty family members of 9/11 victims were upon me. These people believed – clearly, from their comments –  that the religion I lived, ate, dressed and breathed was responsible for the death of their loved ones… that woman’s sister… that man’s son… that firefighter’s colleagues…. What could I say to them in three minutes that could undo what the media and hate pundits had convinced them of throughout all these years?

“I am very humbled to be here tonight…” I began softly, “I feel incredibly grateful to you for sharing your experiences with us tonight, and for your honesty. I realize you did not have to be here today.” I swallowed hard. I turned my eyes to the old man, who was still staring at the carpet in distress. Who did he lose? I wondered. A wife? A daughter? It was clear from his pain, and his sons’ rage, that the tragedy of 9/11 was as alive today as it had been ten years ago.

“And I understand, sir,” I resumed, facing the old man, “if do not want to see me, or my Muslim brothers and sisters around the WTC site because of what you think our religion has done to you…’

The man still looked down. His two sons looked away.

“But I want you to imagine for a moment,” I asked, “what this tragedy has meant to Muslims in America. Just imagine for a second that everywhere you go, before you can even speak a word to someone, she/he has already defined you because of the actions of someone else. Imagine if all mass media suddenly convinced everyone around you that you are responsible for a terrible crime you never committed…”

“Sir,” I repeated, wishing for him to look at me, really look at me, and hear me, and give me the opportunity to speak for myself and my faith. “Sir, I, we, are not responsible for what happened on that day, and those criminals do not speak in our name.” If only he had not been told a million times that they did!

‘I do not believe in shortcuts. I am a veiled woman, and I know what it is like for my smile not to be returned by a fearful or disdainful stranger. I know what it is like to be seen suspiciously at airports. And I know that all it would take for many of us to be accepted is to appear less Muslim, and hence more acceptable. But I know I don’t want that. If there are misconceptions and distortions about my religion that need to be unlearned for all of us to treat each other as fellow brothers and sisters, I am willing to wait, with this conspicuous veil on, until that happens. I look forward to the day when you can see us, and see us.”

At this point, the old man looked at me. In acute awareness of the huge chasm between the reality of my religion and what these people had been told about it, my words became too difficult to say, and tears streamed down my face.

I had not intended to become emotional but this had become a powerful encounter to all of us.

The old man suddenly got up from his chair. Before I could understand what he intended to do, he walked to the table behind him, took a napkin and handed it to me with a faint smile. Puzzled, I took the napkin and sat down. I glanced at his sons. They were still looking away. I wondered if they had looked at me at all while I spoke.

On our way out, I waited by the door for the old man to come out. I could see Sharif lingering inside the room, speaking one-on-one with family members and continuing answering questions. When the old man finally walked out, his sons accompanied him, one on each side. The two of them saw me standing there and walked away. I let them go, and bracing myself, I stopped the old man.

Surprised, he nodded. And I gave the man a hug. Not the hug of a lost daughter or granddaughter, but simply the hug of a stranger who wished to share the pain, learn and understand.

The man nodded again, and disappeared down the hallway. I looked around. His sons were nowhere to be seen. I realized that unlike their father, they had never once looked at me. No gateway there. No way in. Yet.

I realized then, on my second day at work, that my new job was going to be unlike anything I had ever experienced. With Park51, as with that first interaction with the kind old man, there would be no shortcuts, only a slow path towards understanding, reconciliation and newfound opportunities for deep and meaningful interactions. That was, I would soon come to learn, what had inspired the founders of Park51. I could not think of a more meaningful introduction to the work I’d be embarking on for the next few months.

On our way out, Sharif and I walked silently. Then, all of sudden, he turned his head and asked,

‘So, Janan, what are your thoughts on this evening?”

Janan Delgado has a BA in International Relations from the American University in Cairo, where she lived for six years previous to coming to New York City for her masters in Near Eastern Studies. Her academic work focuses on Islamic Legal Theories, and the social and legal history of medieval Spain. She joined Park51 in August of 2010, and she works on Park51 events and programming, as well as blog editing and production. You may reach her at [email protected] 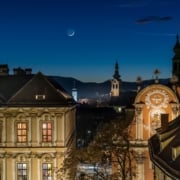 The Impact of Our Choices - Shaykh Faid Mohammed Said

Can I Make up Missed Prayers in the Mosque? (Video)

Why Can't We Unite? A Brief Overview of Moon-Sighting Wars (And How To Avoid Them)
0 replies