In the Name of God, Most Merciful and Compassionate

The author of The Ultimate Conspectus began his book with purification as this is the norm with books from the Shafi’i school of law. Some other schools start with the times for prayer. The reason we begin with purification is that prayer is the main form of worship, purification is its primary condition, and something that is a condition should come before the thing that depends upon it.

In the context of fiqh, purification is defined as doing that which renders prayer lawful to perform. Its examples include ablution, the purificatory bath, removing filth, dry ablution, and others.

Physical purification is achieved using various means. These include water, earth, tanning, and chemical transformation. The primary means, though, is water. 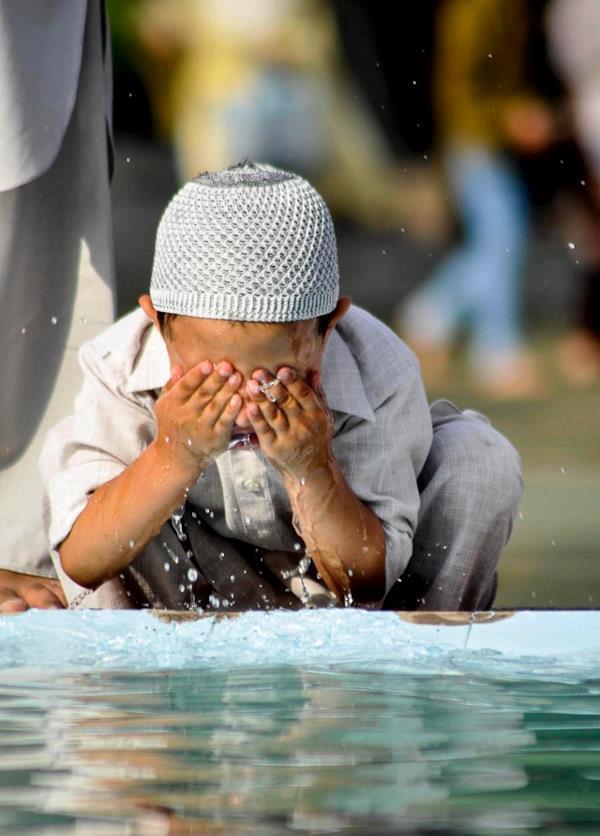 The textual foundation for purification comes from the Quran and Sunnah. Allah Most High says

“And it is He who sends the winds as good tidings before His mercy, and We send down from the sky pure water,” [25:48].

The Prophet (Peace be upon him) said concerning the sea that “its water is purifying, and its dead are lawful.”

Earth is a means of purification used in the absence of water. It is considered a means in that it renders prayer permissible. Evidence for this includes that Allah Most High says,

Since water is the primary tool for achieving purification, the author begins by listing the sources of water. Purification is possible with seven types of water: rain water; sea water; river water; well water; spring water; snow; and hail. If we wish, we could shorten this and say:

“Water that descends from the sky or comes out of the ground, so long as it retains its original characteristics.”

So water includes the crystal-clear liquid you melt from glacial ice, as well as the yellowish liquid people draw from the village well. 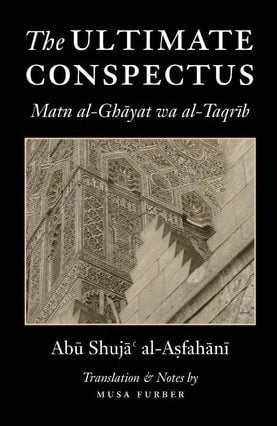 A translation of Abu Shuja’ al-Asfahani’s introduction to classical Islamic law, Matn al-Ghayat wa al-Taqrib.
This enduring classic covers the full range of basic topics within the Shafi’i school of law. It includes the full Arabic text and notes to point out where later Shafi’i jurists have differed from the author, Imam al-Nawawi’s preferences, and minor clarifications and explanations.