Jabir ibn Abdullah (Allah be pleased with him) relates that, “The Messenger of Allah (peace and blessings be upon him) was never asked anything whatsoever to which he said no.” [Bukhari and Muslim] 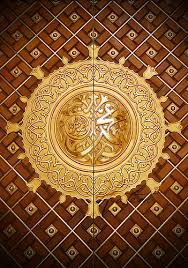 Ibn `Allan al-Bakri explains in this commentary:
“… was never asked anything whatsoever”
This is to emphasize the negation, indicating all times. And “anything” is in the indefinite case (shay’an) to indicate the inclusion both of major requests and minor ones; and both when he  (peace and blessings be upon him) had the matter requested and when he didn’t.
“… to which he said no”
Rather, if the Prophet (Allah bless him and give him peace) had the requested thing, he would give; or he would respond with good words–such as promising to give later or making supplication for the one asking. Thus, if he had, he would give generously. And if he didn’t, he would promise and he would fulfill his promises.
Thus, this doesn’t mean that he would always give what was requested immediately. Rather, it means that he would never respond negatively.
And Allah alone gives success.
Faraz Rabbani
https://seekersguidance.org/wp-content/uploads/2018/05/nikhil-kumar-231465-unsplash.jpg 1365 2048 Shaykh Faraz https://seekersguidance.org/svg/Logo/SG-Logo-Main.svg Shaykh Faraz2010-04-28 04:07:432022-05-21 15:16:22The Positive Prophet (peace and blessings be upon him) – Understanding How the Prophet Never Said No to Any Request