Why did Habib Umar bin Hafiz give his students a blanket that smelt like baby urine? Habib Mundhir al-Musawa gives the answer and talks about his relationship with Habib Umar in an interview given shortly before his death. With genuine humility, he describes his early days seeking knowledge and then his first steps in calling to Allah.

He talks about the key to his success, his immense attachment to his Shaykh, Habib Umar bin Hafiz. The film is interspersed with footage of Majelis Rasulullah, the intense gathering which he established in Jakarta, Indonesia.
This short film titled ‘The Shaykh and the Murid’ gives a unique insight into the life of one of the heroes of our times, Habib Mundhir al-Musawa, may Allah have mercy upon him. In his short life, Habib Mundhir had a huge impact on thousands, if not millions of people and was a cause of many people returning to Allah.  Our thanks to Muwasala for this video. 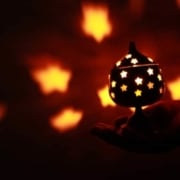 Knowledge Without Barriers: A Heartbreaking Story About A Student in Need 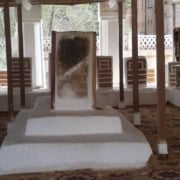 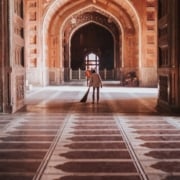 Get Ready for Ramadan: Reflecting on the Great Opportunity - Ustadh Amjad Tarsin