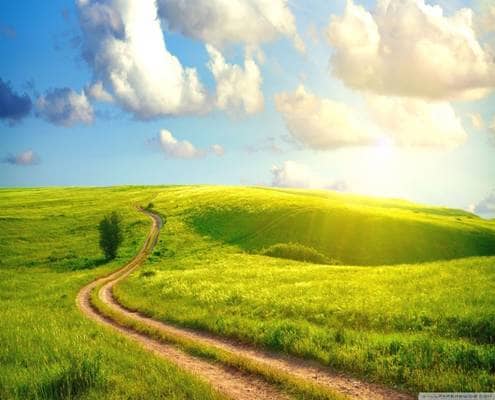 In this eleventh episode of the The Trodden Path series, Shaykh Shoayb Ahmed writes on the life of Shaykh Sulayman al-Ahdal of Yemen. 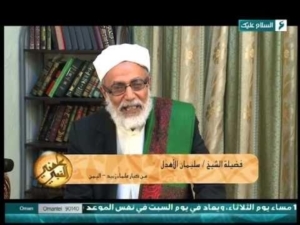 Sulayman ibn Muhammad Abdul Wahhab al-Ahdal grew up in the city of Zabid in Yemen. This city was known as the city of knowledge throughout Yemen and was regarded as the leading city with regard to scholarship in the Shafi madhhab. In fact, much of Yemen relies on the fatwa that is pronounced by the Mufti of Zabid. A unique feature of this city is that whenever students from other parts arrived here to study, they were welcomed and very soon settled in the city and even married in the city and resided there. Some of the renowned scholars who were lived in Zabid were the author of al-Qamus al-Muhit, al-Fayruz Abadi and the author of Taj al-Urus, Muhammad al-Hasan Murtada al-Zabidi.

Shaykh Sulayman was born in 1946 (1365) into a prominent family with a rich legacy of scholarship. In addition, the family lineage links up to the Prophet Muhammad through his grandson, Hasan ibn Ali.

Shaykh Sulayman commenced his education by studying the Quran with the jurist, Sa’id al-Mikhlafi, the modes of recitation of the Quran with Shaykh Muhammad Sa’id. In addition, he studied the basics of calligraphy and mathematics.

He gradually progressed in his studies. So in fiqh, he began with Safinat al-Najat, Abu Shuja’, al-Zubad and Minhaj al-Talibin. The student was at liberty to select the subject that he wished to specialize in and the scholars guided him along his way and quest for knowledge without interfering in his choice. Initially, the student studied along the foundational subjects that a student required. These included Arabic grammar, Tafsir and Bulugh al-Maram.

Shaykh Sulayman devoted himself to his studies. They began studying from before Fajr until sunrise. Others spent most of the day studying, only stopping for sleep. Students vied with one another in their acquisition of sacred knowledge. The students never sufficed with a mere overall understanding of the book, but rather they concentrated on understanding the entire book. A text like al-Ajrumiyah for example was studied with ten different scholars because every scholar had his own unique style and manner of explaining the lesson. Thus, they benefited even more. Shaykh Sulayman excelled and he was known as the ‘young Shafi’.

Some of his Shuyukh were:

He did not suffice with these scholars, instead whenever other scholars visited Zabid, he was eager to benefit from them. These included Shaykh al-Imrani and others.

The shaykh combined his studies with the responsibility of looking after his family. In addition, the shaykh like many others supported freedom and thus opposed all forms of oppression and injustice. In this regard, he along with some of his friends used to meet to discuss the revolution and they composed poetry in this regard.

In addition to the shuyukh who were mentioned earlier, there were a number of other personalities who had influenced him and his thinking. Some of these were:

There were other scholars who visited Zabid from whom he benefited. Some of them were: Shaykh Abdullah Azzam, Shaykh Mustafa Mashhur and Shaykh Abul Hasan Ali al-Nadwi.

Shaykh Sulayman was a voracious reader and he always completed a book once he had commenced reading it. He was specifically influenced by the views of Shaykh Muhammad al-Ghazali, Abu al-A’la al-Mawdudi, Shaykh Sa’id Hawwa, Salamah Musa, Khalid Muhammad Khalid and Abul Hasan Ali al-Nadwi. He enjoyed poetry especially the poetry of Abi Tammam, al-Mutanabbi and Ali Mahmud Taha. He enjoyed Madarij al-Salikin by Ibn al-Qayyim and Sifat al-Safwah. He even composed his own poetry in a book titled: Tagharid Tihamiyah.

He contributed in preparing the curriculum for some of the academic institutions.

The country Yemen was ruled by people who subjected the citizens to cruel anti-Islamic treatment. People who performed Salat were punished. He along with some others worked tirelessly to educate the youth about the teachings of Islam. At one stage, he was sentenced to death, but he remained in his home for about 20 days. He served as the head of the local consultative council in Hudaydah and held various other positions even in 2003. He was a member of the Permanent Council of the National Conference for about 18 years.

During this period, he was never afraid to offer his advice even to the President whom he urged to fulfill his commitment to the people. During the first parliamentary elections in Yemen that took place in 1993, Shaykh Sulayman was one of those selected to the assembly. Because he called for transparency and details with regard to the wealth of the country, others worked to have removed. He opposed the practices of deviant ad corrupt politicians.

In 1997, he was elected again after he received the most votes but there were people who tried to snatch the ballot boxes and even threatened people with death. When this happened, Shaykh Sulayman opted to maintain public peace and thus withdrew. Shaykh Sulayman was of the view that the success of the country is dependent on three conditions:

He was convinced that if Yemen held on to these three conditions it could have been one of the powerful countries in the region.

He encouraged students to dedicate their time to all aspects of knowledge because there is no da’wah without knowledge. The ulama ought to be the ones guiding the Islamic movement. His distinguished between the ‘worldly scholars’ and the ‘scholars of the Hereafter’. The former, are willing to issue fatwa’s in accordance with the wishes of the authorities, while the latter are the ones whom Allah uses to preserve the religion.

Shaykh Sulayman graciously accepted an invitation to Pretoria, South Africa in 2012 during which students and scholars gathered around him to recite the entire Sahih al–Bukhari. This was completed in nine days. However, those present benefited from his personality and his advices during the meal breaks and the additional time spent with him. He displayed great patience, despite his ill health, enduring long hours listening to the words of the Prophet Muhammad and even advised many to recite certain specific forms of salutations daily upon the Prophet.

When the political situation in Yemen became volatile and his life was in danger, he moved to Makkah where he remained until he passed away on the 8th March 2019 (1 Rajab 1440). While in Makkah he expressed joy and sadness. Joy for being close to the blessed ka’bah and sadness for being separated from his family.

This article is transcribed by a SeekersGuidance scholarship student, based on t...