Do You Think The Killer in Chattanooga Represents Any Of Us? – A Powerful Khutbah by Imam Khalid Latif

Imam Khalid Latif delivered a powerful khutbah on Eid Al-Fitr, shortly after the shooting in Chattanooga, Tennessee in which five people were killed. He calls on Muslims to be the change we want to see in the world. What is it that we want to carry forward? We mustn’t live our lives in reaction to the worst ideas people have of us, he says.

Imam Khalid is a University Chaplain for New York University, Executive Director of the Islamic Center at NYU, and a Chaplain for the NYPD. He is also the co-founder of Honest Chops, the first-ever all-natural/organic halal butcher in NYC, the Muslim Wedding Service, an agency specializing in providing charismatic and inspirational marriage officiants for wedding ceremonies.

ISIS, Sex Slaves and Islam – reflections from Imam Zaid Shakir
The threat to religious guidance
“Peace is always in the middle, never at the extremes”
Fatwa Against Terrorism and the Targeting Of Civilians
On War & Beheading: How ISIS Manipulates Hadiths
On the mass murder of Coptic Christians by ISIS
Islam vs. ISIS: A Letter to Baghdadi from Leading Scholars
Clarity in Crisis: How Believers Look at Trials and How they Respond, Guided by Prophetic Light 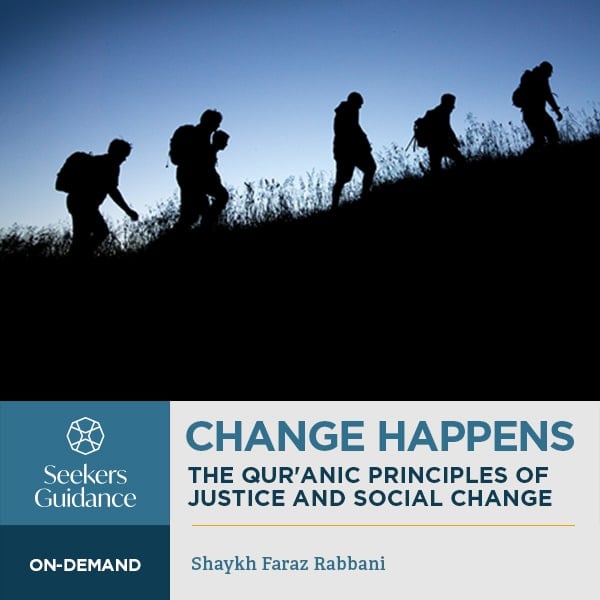