[1] Qualities of True Servants of Allah

The Qur’an is a call to the fulfillment of the highest of human potential and virtue. Allah Most High describes some of these qualities in Surat al-Furqan, 25.63-77. Recite these verses and reflect on them:

“The servants of the Lord of Mercy are those who walk humbly on the earth, and who, when the foolish address them, reply, ‘Peace’; those who spend the night bowed down or standing, worshipping their Lord.” [Qur’an, 25.63-64]

The key distinguishing quality of the ‘servants of the Most-Merciful’ (`ibad al-Rahman) is their humility–they are humbled by their awe of God, and thereby humble themselves in worship and in life.

[Shaykh Faraz Rabbani covered the explanation of these verses in: Exploring the Quran: Qualities of True Servants of the All-Merciful (Allah) – http://youtu.be/qWX9Z1o_GaQ ] 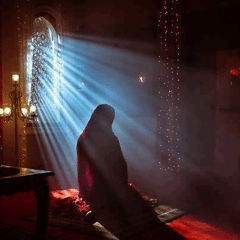 [2] Becoming Exemplars of Excellence and Virtue

These righteous servants of Allah are described as praying:

This is a supplication we should bring into our daily lives. Note that:

(1) They say: “Grant us,” in the plural. They seek this good not only for themselves but for others, as well. When you seek good for others, the angels ask Allah to grant you the like of what you seek.

(2) They seek the good for themselves, their spouses, and their offspring (dhurriyya). One’s offspring aren’t simply one’s children: they’re all those who will come forth from one, until the end of time. The believer seeks the greatest possible good–the very long-term good of this life, and the eternal good of the next.

(4) An “imam” is not simply a leader: an imam is someone worthy of emulating because of what they encompass of praiseworthy traits and qualities.

[3] Returning to Allah with Pure Hearts 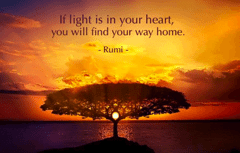 This is a reminder from Allah that on the Last Day we will be alone, and what will count is a pure heart:

“The Day when neither wealth nor children can help, when the only one who will be saved is the one who comes before God with a heart devoted to Him.’” [Qur’an, 26.88-89]

A pure heart (qalbun salim) is one that (1) proves true in seeking Allah’s pleasure, and that (2) is characterized by the qualities beloved to Allah, and that (3) purified itself from the qualities odious to Allah, as He makes clear in the Qur’an [91.7-10]

The consistency of the call of all Prophets is a  theme throughout Surat al-Shu`ara’. All Prophets called to (1) true belief in the One God; and (2) seeking that One God through sound submission, obedience, and mindfulness:

They called others to this truth out of sincere concern (nasiha), with no ulterior worldly motives.

This is key for anyone serving the religion of Allah–whether scholars, teachers, leaders, activists, or in any other aspect of service. Our call is to Allah; our message is to love Allah and the Messenger (peace and blessings be upon him), and to embrace obedience and mindfulness with excellence, out of this love.