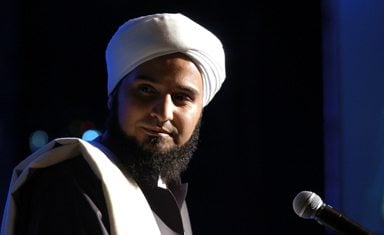 Habib Ali al Jifri speaks on overcoming the seven obstacles in spiritual wayfaring to Allah Most High, and the fruits thereof.

This is the third and perhaps final series of “O Seeker!” by His Eminence al Habib Ali al Jifri, may Allah preserve him and benefit us by him.

The first series filmed in 2008 in the Grand Umayyad Mosque in Damascus, may Allah grant its people relief, was about the concept of spiritual wayfaring to Allah, the Exalted, and awakening a desire for it.

The second series held in the Heart of Chechnya Mosque in Grozny in 2016 detailed how to overcome each of the seven obstacles during spiritual wayfaring to Allah.

The current series of thirty episodes is about the fruits of overcoming these obstacles, which are spiritual stations and spiritual states. If Allah wills, a new episode will be added to this playlist everyday this Ramadhan (2018).

The program also airs on TV on the following channels (GMT +3 Makka time):

The program airs with English subtitles.