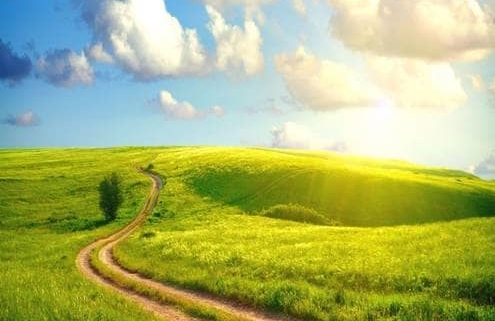 In this seventh episode of the The Trodden Path series, Shaykh Shoayb Ahmed writes on the life of Umar Mukhtar. Umar Mukhtar, the man who opposed the Italians when they tried to colonize Libya, was born in 1861 (1277) in the valley of Batnaan in Barqah. He was from one of the famous Arab tribes in the area. His father had taken an oath that if Allah granted him a son, he would ensure that he acquired knowledge and serves Islam.

When he was five years old, he joined a primary school to learn the basics in reading and writing. Thereafter he joined the Jaghbub Mosque corner (zawiyah) where he studied the Islamic sciences. Shaykh Muhammad Ali Al-Sanusi started the zawiyah.

Every zawiyah comprised of three rooms. The first was used to conduct lessons to the Bedouin children, the second was used to entertain the travelers and the third served as a residence for the teachers. The zawiyah was always situated next to a well and it had a small piece of land that was cultivated and farmed by the students. The students consumed that which they planted. It also included a small workshop where they produced some goods that were sold to some tribes. It was situated in a place where the students could practically learn about Jihad.

It was in this atmosphere and environment that Umar Mukhtar grew up. Sanusi teachings encouraged its students to abstain from smoking or amassing gold and jewels. They were not to mix with strangers, because of the fear that they would corrupt their beliefs. In addition they were very aware that Islam was not restricted to the five pillars. Instead, it included brotherhood, tolerance, sacrifice and jihad.

These aspects were visible particularly when Umar Mukhtar raised the banner of Jihad against the Italians when they tried to colonize the region.

After completing his studies he was appointed a teacher at the Qusoor zawiyah near the Green Mountain. Initially he faced a rebellious tribe of highway robbers who had no regard for the law. Because of the manner in which he dealt with them, he was able to repress their defiance and he returned them to life of compassion and tenderness. He was able to instill in them pure Islamic characteristics.

When Italy tried to colonize Libya, many Muslims stood up opposing it. One of them was Umar Mukhtar. He appealed to the Muslims to have a conference to prepare the people mentally and physically to fight the colonialists. His vast knowledge assisted him in motivating the people, with the result the people of Libya were changed overnight into an army fighting in the path of Allah under the leadership of Ahmad Al-Sanusi.

Umar Mukhtar and those with him in spite of being few in number with limited resources resisted the Italians with their might. The number of Muslim martyrs in the first ten years, (1911-1921) were more than 70 000. The Italians used to throw some Muslims to their death from airplanes. They also gathered many Muslims and tied them to boats and dragged them in the sea. In addition they slaughtered and butchered hundreds of Muslims.

Umar Mukhtar led the Jihad against the Italians for twenty years until he was captured and imprisoned and sentenced to death in 1931 when he was seventy years old.

General Istiyani said that he fought 263 battles against Umar Mukhtar in a period of twenty months. Even magazines like the ‘Time’ regarded the killing of Umar Mukhtar as an indication of the Italian’s victory.

When the Italians took over the city of Kafra, Umar Mukhtar took refuge on the ‘Green Mountain’ which he also used as his base.

One night, he went out on an operation along with fifty mujahids. They were taken by surprise when they found themselves surrounded by Italian soldiers. They exchanged gunfire, during which his horse was shot and wounded. When his horse fell, the Italians were then able to capture him. The Italian Governor in Marj arrived by plane, and ordered that Umar Mukhtar be taken to the port and from there he was taken to Benghazi. He remained in prison for four days. When his sentence was passed and he heard all the allegations against him, he did not deny it, instead he said, “You have transgressed and acted in hostility on our land. Islam has made Jihad compulsory on us against the usurpers of our land. I did not do anything except carry out the teachings of Islam, because Islam refuses and does not allow its followers to be disgraced.”

The Italian judge pronounced the sentence. The next day he was taken to the area where he was to be hanged. He continued to recite the Shahadah until he passed away. This was in 1931.

The Trodden Path (Episode 6): A Glimpse At the Lives of the Illustrious Scholars and Saints of the 20th and 21st Century – Mufti Muhammad Shafi‛

The Trodden Path (Episode 3): A Glimpse At the Lives of the Illustrious Scholars and Saints of…

The Trodden Path (Episode 4): A Glimpse At the Lives of the Illustrious Scholars and Saints of…

The Trodden Path (Episode 2): A Glimpse At the Lives of the Illustrious Scholars and Saints of…

The Trodden Path: A Glimpse At the Lives of the Illustrious Scholars and Saints of the 20th…