SeekersGuidance’s International House of Manuscripts (Dar al Makhtutat) is excited to announce its first annual international conference on Manuscripts of the 7th Century.

The Concept:
The predominant belief for a long time throughout the academic literature of the history of science was that the fourth Hijri century was the golden age of knowledge in Islamic civilization, and from there the civilization began to regress through years of stagnation.

Looking critically at the History of Science and the lists scholars whose names have been passed down to us from the fifth, sixth, and seventh centuries will uncover a brilliant shine to seventh century, either due to the abundance of pioneering scholars whose names are etched in history, or from the academic productions of their civilization in a wide variety of fields that have forced themselves onto us, becoming the foundational and indispensable resources from which the terminology of the various disciplines were standardized. It is the century in which the various schools of science developed, reaching a more refined critical analysis of previous scholars’ works. Those who came to follow the scholars in this century were indebted to them, either in the production of written works or in their scholastic achievements.

From any angle we examine the issue, we are in need today of deeper and more comprehensive studies in the History of Science that pertain to the manuscripts of the seventh Hijri century and its scholars. Our end goal is to answer some important questions:

This is what we must study through examining the original texts that are preserved in the manuscripts. We must look into the sciences of Shariah, the natural sciences, the humanities, and art and literature altogether.

Without rushing to conclusions or forgoing academic principles, we affirm with certainty that the discussion above is not some scholastic theory that awaits being proven or disproven. Rather it has been obscured and veiled from us by the dense clouds of the error and deception of orientalism, as well as the inferiority complex and insecurities of those who claim to be a part of the tradition. And so we will present in the following lines the names of the leading scholars of the era in discussion in various fields of study:

An era that produced scholars like these deserves to be reevaluated in light of the History of Science, as we know that the contributions of these scholars, each within their respective fields, comprise a turning point in the history of science. They all represent the climax of their respective sciences.

These names are sufficient in our goal to spark a wide interest in this century, beginning with its manuscripts. This can be achieved through bibliographic research and academic study in all of the different fields of study: Quran and its science, Hadith and its terminology, Fiqh and its principles, Arabic Linguistics, Kalam theology, Tasawwuf, Logic, Philosophy, Natural Sciences, Literature, Arts, and Humanities.

The First Theme: The Iconic Scholars

The Second Theme: The Sciences

The Third Theme: A Comparative Study

This theme addresses comparisons between the fourth century and the seventh century through an open study of the achievements of each of these centuries in a general approach; or a focused study of a specific science, scholar(s), or texts that are attributed to them. 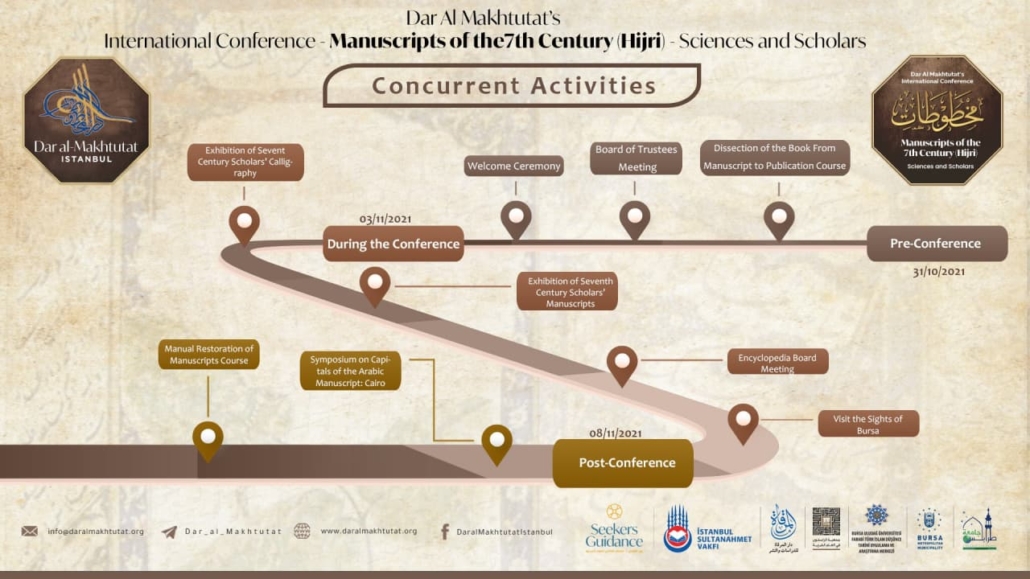 On the Passing of Shaykh Amin Saraj – Istanbul, 2021

If I see today, it’s only because I stand on the shoulder of giants. Today...