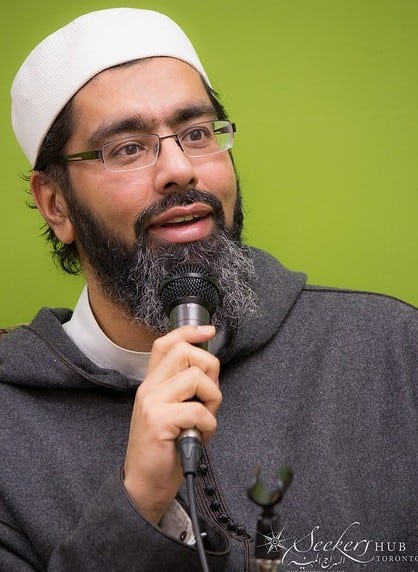 If you haven’t already connected with Shaykh Faraz Rabbani on social media, you should. He often shares beneficial advice and insightful reflections. The following, posted recently, is just one example.
You can follow Shaykh Faraz Rabbani on both twitter and facebook.
The affirmation of rank with Allah doesn’t negate the manifestation of very human qualities, as Ibn Ata’illah reminded.
(1) We shouldn’t imagine our scholars and leaders to be “supermen” or “superwomen” without faults and shortcomings.
(2) Yet we need to expect uprightness, commitment to striving to do the right thing, and the humility to rectify wrongs and errors, with remorse.
(3) And we respect them for their sincerity, their striving, and their example. The sunna teaches balance. We need scholars and leaders to look up to, respect, learn from, and follow. But we follow them as means to following the way of Allah and the Messenger (peace and blessings be upon him), not as ends in themselves.
And we uphold sincere counsel (nasiha) with them, as an act of faith and as a religious duty. “Religion is sincere concern,” said the Prophet (peace and blessings be upon him), and he mentioned, “… the leaders of the Muslims,” as one of the expressions of our sincere concern and counsel.
May Allah grant us balance, sincere concern, and the love, respect, and principled following of those who follow in the luminous footsteps of the Beloved Messenger of Allah (peace & blessings be upon him & his folk) towards Allah’s Love. 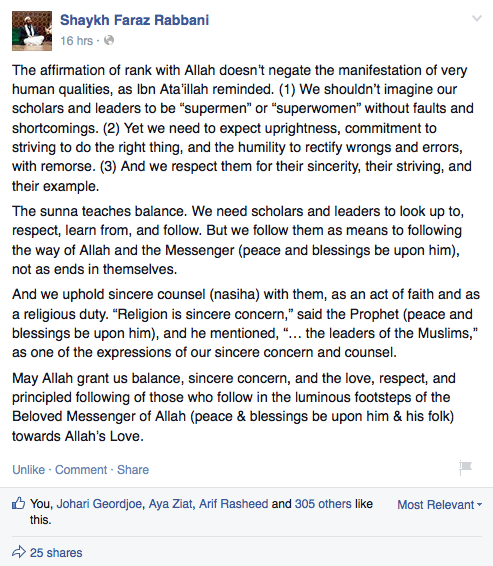 Further resources:
Is the hadith: “The scholars are the inheritors of the Prophets” authentic? If so, what does it mean?
What is the Limit of Using Honorific Titles for Scholars?
Differences of Opinion & Determining Sound Scholarship