Islam vs. ISIS: A Letter to Baghdadi from Leading Scholars 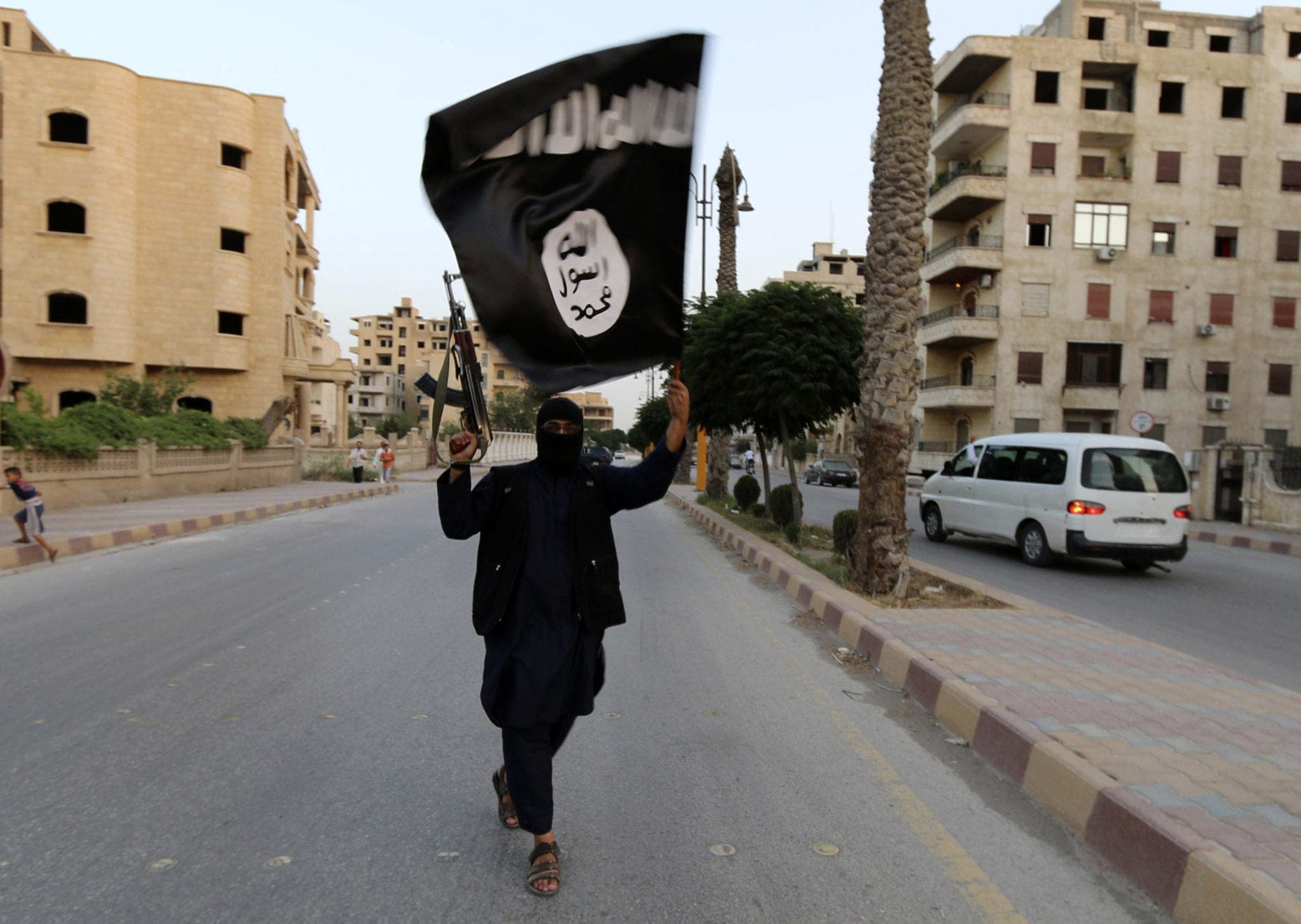 In response to the recent atrocities happening in Iraq and Syria, a large group of our esteemed scholars got together and wrote an open letter to the ‘Islamic State’ leader Dr. Ibrahim Awwad Al-Badri, alias ‘Abu Bakr Al-Baghdadi’, and his fighters. May Allah Most High make the efforts of our scholars successful and bring clarity in these unsettling times.
Due to the far reaching negative effects brought about by such atrocities, we feel it is important to study this letter and the points it raises to refute ISIS/IS philosophies. It is important to be armed with knowledge and the deeper understanding of balanced Islamic principles that have been with the Ummah for fourteen hundred years.
Our Beloved Prophet (may peace and blessings of God be upon him) was sent with a peaceful ideology and as a mercy to the world. We are not a people who hold enemy-centred ideologies. Below is a brief taste of what is in the letter as well as a link at the end to the whole document:
[Don’t Oversimplify Islam] “It is not permissible to constantly speak of ‘simplifying matters’, or to cherry-pick an extract from the Qur’an without understanding it within its full context. It is also not permissible to say: ‘Islam is simple, and the Prophet (may peace be upon him) and his noble Companions were simple, why complicate Islam?’
…And the Prophet Muhammad (Peace be upon him) said: ‘Whoever speaks about the Qur’an without knowledge should await his seat in the Fire.’
[Respect the lives of Ambassadors and Emissaries]
“It is known that all religions forbid the killing of emissaries. What is meant by emissaries here are people who are sent from one group of people to another to perform a noble task such as reconciliation or the delivery of a message. Emissaries have a special inviolability.
Ibn Masoud said: ‘The Sunnah continues that emissaries are never killed.’ …Aid workers are also emissaries of mercy and kindness, yet you killed the aid worker David Haines. What you have done is unquestionably forbidden (haram).
[Know the Etiquettes of War]
“When Abu Bakr Al-Siddiq (may God be pleased with him) prepared an army and sent it to the Levant, he said: ‘You will find people who have devoted themselves to monasteries, leave them to their devotions… do not kill the old and decrepit, women or children; do not destroy buildings; do not cut down trees or harm livestock without good cause; do not burn or drown palms; do not be treacherous; do not mutilate; do not be cowardly; and do not loot…’
“As for killing prisoners, it is forbidden in Islamic Law. Yet you have killed many prisoners including the 1700 captives at Camp Speicher in Tikrit in June, 2014; the 200 captives at the Sha’er gas field in July, 2014; the 700 captives of the Sha’etat tribe in Deir el-Zor (600 of whom were unarmed civilians); the 250 captives at the Tabqah air base in Al-Raqqah in August, 2014; Kurdish and Lebanese soldiers, and many untold others whom God knows. These are heinous war crimes.
[Don’t Declare People Non-Muslims]
“Quintessentially in Islam, anyone who says: ‘There is no god but God; Muhammad is the Messenger of God’ is a Muslim and cannot be declared a non-Muslim. God Most High says: ‘O you who believe, when you are going forth in the way of God, be discriminating and do not say to him who offers you peace: “You are not a believer”, – desiring the transient goods of the life of this world. With God are plenteous spoils. So were you formerly, but God has been gracious to you. So be discriminating. Surely God is ever Aware of what you do.’ (Al-Nisa’, 4: 94).
The meaning of ‘be discriminating’ in the above verse is to ask them: ‘Are you Muslims?’ The answer is to be taken at face-value without questioning or testing their faith.
[Respect People of Other Faiths]

“People of the Scripture: Regarding Arab Christians, you gave them three choices: jizyah (poll tax), the sword, or conversion to Islam. You painted their homes red, destroyed their churches, and in some cases, looted their homes and property. You killed some of them and caused many others to flee their homes with nothing but their lives and the clothes on their backs.
These Christians are not combatants against Islam or transgressors against it, indeed they are friends, neighbours and co-citizens. From the legal perspective of Shari’ah they all fall under ancient agreements that are around 1400 years old, and the rulings of jihad do not apply to them.
[Don’t Destroy the Resting Places of Prophets and Companions]
“Destruction of the graves and shrines of Prophets and Companions: You have blown up and destroyed the graves of Prophets and Companions. Scholars disagree on the subject of graves. Nevertheless, it is not permissible to blow up the graves of Prophets and Companions and disinter their remains, just as it is not permissible to burn grapes under the pretext that some people use them to make wine.
[The Rule Regarding Rebelling Against a Country Leader]
“Rebelling against the leader: It is impermissible to rebel against the leader who is not guilty of declared and candid disbelief (al-kufr al-bawwah); i.e. disbelief that he himself admits to openly and where all Muslims are in consensus regarding such a person being a non-Muslim—or by his prohibiting the establishment of prayers. The evidence of this is in God Most High’s words: ‘O you who believe, obey God, and obey the Messenger and those in authority among you …’ (Al-Nisa’, 4:59)
[Is Your ‘Caliphate’ Legitimate?]
“In your speech you quoted the Companion Abu Bakr Al-Siddiq (may God be pleased with him): ‘I have been given authority over you, and I am not the best of you.’ This begs the question: who gave you authority over the ummah? Was it your group? If this is the case, then a group of no more than several thousand has appointed itself the ruler of over a billion and a half Muslims.
This attitude is based upon a corrupt circular logic that says: ‘Only we are Muslims, and we decide who the caliph is, we have chosen one and so whoever does not accept our caliph is not a Muslim.’ In this case, a caliph is nothing more than the leader of a certain group that declares more than 99% of Muslims non Muslim.
On the other hand, if you recognise the billion and a half people who consider themselves Muslims, how can you not consult (shura) them regarding your so-called caliphate?
Thus, you face one of two conclusions: either you concur that they are Muslims and they did not appoint you caliph over them—in which case you are not the caliph—or, the other conclusion is that you do not accept
them as Muslims, in which case Muslims are a small group not in need of a caliph, so why use the word ‘caliph’ at all? In truth, the caliphate must emerge from a consensus of Muslim countries, organisations of Islamic scholars and Muslims across the globe.”
Click here for the Open Letter to Baghdadi
—–
“Muslim youth are confused about how to understand a new group claiming the title of “Caliph” in Iraq. In this khutba (Friday sermon), Shaykh Hamza Yusuf provides guided insights into the reality of our tradition, the mercy of the Prophetic way, and the stark contrast to this that ISIS presents to the world.”

The Masters and the Millennials | Part 8: Challenges in Living the Way of t...