Question: What is the source and authenticity of this narration: Whosoever harms a non Muslim citizen of a Muslim state, I shall be the complainant against him on the Day of Judgement.

It is reported that the Messenger of Allah (Allah bless him and give him peace) said, “Beware, if anyone oppresses (or wrongs) the one with whom one has an agreement (mu`ahid), or diminishes his right, or forces him to work beyond his capacity, or takes from him anything without his consent, I shall plead for him on the Day of Judgment.” [Abu Dawud]

The meaning is nevertheless sound as understood from other primary texts. Allah Most High says, “And if thou fearest treachery any way at the hands of a people, dissolve it with them equally; surely God loves not the treacherous.” [Qur’an, 8:58]

The Messenger of Allah (Allah bless him and give him peace) said, “The signs of a hypocrite are three: when he speaks he lies, when he makes a promise he breaks it, and when he is given a trust he breaches it.’” [Bukhari]

In general, the social rights of non-Muslims are the same as those of Muslims; and it is a personal and public duty for Muslims to safeguard the rights of others. The Messenger of Allah (Allah bless him and give him peace) was sent as a mercy to humanity, not just the Muslims. 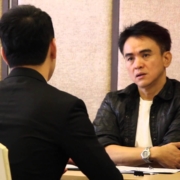 Am I Neglecting the Rights of My Coworker?