Question: Is modern science in agreement with the hadiths that indicate there is a cure in the wing of a fly?

The Prophet Muhammad – upon him and his House blessings and peace – alluded to both facts 1,400 years ago when he said, as narrated from Abu Hurayra and Abu Sa`id al-Khudri by al-Bukhari and in the Sunan:

<< If a fly falls into one of your containers [of food or drink], immerse it completely (falyaghmis-hu kullahu) before removing it, for under one of its wings there is venom and under another there is its antidote. >>

<< And it [al-Tahawi: “always”] protects itself (yattaqi) with the wing that carries the poison, so immerse it completely.>>Ahmad and al-Tahawi add: << Then remove it. >>

A sound-chained version in Ahmad, al-Tahawi, al-Nasa’i, and Ibn Majah (the latter two mention only the second half) states:

<< Sa`id ibn Khalid said: I went in to see Abu Salama. He brought us some butter and date pastry. A fly fell into the dish. Abu Salama began to submerge it (yamquluhu) with his finger. I said, “Uncle! What are you doing?” He said: “Truly, Abu Sa`id al-Khudri told me that the Messenger of Allah said, ‘In one of the fly’s two wings there is poison and in another, its antidote. If it falls into food, submerge it in it; for it sends the poison first and keeps the cure last.'”>>Al-Tahawi in Sharh Mushkil al-Athar (8:339 #3289) has, << Uncle! Allah forgive you! What are you doing? >>

Al-Bazzar in his Musnad and al-Diya’ al-Maqdisi in al-Ahadith al-Mukhtara (5:206) narrate from Thumama ibn `Abd Allah ibn Anas through trustworthy narrators according to Ibn Hajar in Fath al-Bari (10:250) and al-Qastallani in Irshad al-Sari (5:304):

<< Thumama said: We were with Anas and a fly fell into a vessel. Anas motioned with his hand and immersed it (faghamasahu) three times then said: “Bismillah” and he said that truly, thus did the Messenger of Allah order them to do. >>

Shah Wali Allah al-Dihlawi mentioned in Hujjat Allah al-Baligha that this hadith shows God-given knowledge of the many diseases a fly potentially carries as well as illustrates the Creator’s wisdom in giving every venomous species some immunity or antidotal protection to its own poison insuring its survival. Shaykh Muhyi al-Din Ibn `Arabi in one of his Wasaya specified that the fly always keeps its “antidotal wing” off the substance in which it finds itself mired so as to try and use it to fly away. The Ulema said that this behavior is Divinely-inspired instinct similar to that of the bees, the ants, the hoopoe, and the earth in the Qur’an cf. al-Tahawi, Sharh Mushkil (8:343-344) and al-Khattabi, Ma`alim al-Sunan (4:459).

Ibn Hajar wrote in his commentary on this hadith:

“I found nothing among the variants to pinpoint the wing that carries the antidote but one of the Ulema said he observed that the fly protects itself with its left wing so it can be deduced that the right one is the one with the antidote…. Another said that the poison may be that of pride (takabbur) occurring in one’s soul causing him to disdain eating that food or avoid and discard it altogether, while the antidote takes place by subduing the soul and forcing it to be humble.”

It is established that house flies are carriers of dangerous pathogens of animals and humans. Even the muscaphobic critics of this hadith are forced to admit that no one at the time of the Prophet, upon him peace, knew that flies carry such harmful organisms. Whence the observation that “under one of its wings there is venom”?

Second, from the perspective of logic, if the fly did not carry some sort of protection in the form of an antidote or immunity, it would perish from its own poisonous burden and there would be no fly left in the world.

Further, the transmission of what the fly carries in or on its body is not an automatic fact. For example, the microbe responsible for ulcers and other stomach ailments can live on houseflies, although it remains to be seen whether flies transmit the pathogen.
http://www.sciencenews.org/sn_arc97/6_7_97/ref1.htm

There has long been evidence of bacterial pathogen-suppressing micro-organisms living in houseflies. An article in Vol. 43 of the Rockefeller Foundation’s Journal of Experimental Medicine (1927) p. 1037 stated:

“The flies were given some of the cultured microbes for certain diseases. After some time the germs died and no trace was left of them while a germ-devouring substance formed in the flies – bacteriophages. If a saline solution were to be obtained from these flies it would contain bacteriophages able to suppress four kinds of disease-inducing germs and to benefit immunity against four other kinds.”

More recently, a Colorado State University website on entomology states, “Gnotobiotic [=germ-free] insects (Greenberg et al, 1970) were used to provide evidence of the bacterial pathogen-suppressing ability of the microbiota of Musca domestica [houseflies] …. most relationships between insects and their microbiota remain undefined.

So then, flies are not only pathogenic carriers but also carry microbiota that can be beneficient. The fly microbiota were described as “longitudinal yeast cells living as parasites inside their bellies. These yeast cells, in order to perpetuate their life cycle, protrude through certain respiratory tubules of the fly. If the fly is dipped in a liquid, the cells burst into the fluid and the content of those cells is an antidote for the pathogens which the fly carries.” Cf. footnote in the _Translation of the Meanings of Sahih al-Bukhari by Muhammad Muhsin Khan_ (7:372, Book 76 “Medicine,” Chapter 58, Hadith 5782).

These fly microbiota are bacteriophagic or “germ-eating”. Bacteriophages are viruses of viruses. They attack viruses and bacteria. They can be selected and bred to kill specific organisms. The viruses infect a bacterium, replicate and fill the bacterial cell with new copies of the virus, and then break through the bacterium’s cell wall, causing it to burst. The existence of similar bacteria-killing mechanisms in two bacteriophages suggests that antibiotics for human infections might be designed on the basis of these cell wall-destroying proteins.
Science 292 (June 2001) p. 2326-2329.

Bacteriophagic medicine was available in the West before the forties but was discontinued when penicillin and other “miracle antibiotics” came out. Bacteriophages continued to flourish in Eastern Europe as an over-the-counter medicine. The “O1-phage” has been used for diagnosis of all Salmonella types while the prophylaxis of Shigella dysentery was conducted with the help of phages.
Annales Immunologiae Hungaricae No. 9 (1966) in German.

“Phage therapy” is now making a comeback in the West:

“First named in 1917 by researcher Felix d’Herelle at France’s Pasteur Institute, bacteriophages (or just phages for short) are viruses that prey upon bacteria. They have a simple structure – a DNA-filled head attached by a shaft to spidery “legs” that are used to grip onto the surface of a bacterium. Once a phage latches onto a bacterium, it injects its payload of genetic material into the bacterium’s innards. The bacterium then begins to rapidly produce “daughter” copies of the phage — until the bacterium becomes too full and ruptures, sending hundreds of new phage particles into the open world.

“Doctors used phages as medical treatment for illnesses ranging from cholera to typhoid fevers. In some cases, a liquid containing the phage was poured into an open wound. In others, they were given orally, via aerosol, or injected. In some cases, the treatments worked well – in others, they did not. When antibiotics came into the mainstream, phage therapy largely faded in the west.

“However, researchers in eastern Europe, including the former Soviet Union, continued their studies of the potential healing properties of phages. And now that strains of bacteria resistant to standard antibiotics are on the rise, the idea of phage therapy has been getting more attention in the worldwide medical community. Several biotechnology companies have been formed in the U.S. to develop bacteriophage-based treatments – many of them drawing on the expertise of researchers from eastern Europe.”
http://www.sciencefriday.com/pages/2000/Jul/hour1_072100.html

Research on the medical application of bacteriophages is now considered to be in its most promising stage. A University of Pittsburgh researcher said in June 2001, “Given the sheer number and variety of bacteriophages lurking on the planet, the viruses may represent a sizable untapped reservoir of new therapeutics.”

Possibilities for use of bacteriophages in disease control is discussed in the article “Smaller Fleas… Ad infinitum: Therapeutic Bacteriophage Redux” in Proceedings of the National Academy of Sciences of the United States of America [PNAS] Vol. 93 No. 8 (April 16, 1996), 3167-8.
http://www.pubmedcentral.gov/tocrender.fcgi?iid=1253

Avicenna preferred the use of a live chicken slit in two and applied to the wound cf. Ibn al-Azraq, Tas-hal al-Manafi` (1306 ed. p. 171=1315 ed. p. 147). A similar use is current even today for camel urine according to a University of Calgary website.
http://www.ucalgary.ca/applied_history/tutor/islam/beginnings/camels.html.

In the two world wars the wounds of soldiers exposed to flies were observed to heal and scar faster than the wounds of unexposed soldiers. Even today, fly larvae, or maggots, are used medicinally to clean up festering wounds. They only eat dead tissue and leave healthy tissue alone.

Is the fly ritually filthy (najis)? No. The Jurists concur that the fly is pure (al-dhubab tahir) and does not defile a liquid even if its quantity is small and even if it dies in it except, according to al-Shafi`i, if one of the aspects of the liquid is affected (smell, color, taste) cf. al-Baghawi, Sharh al-Sunna (11:260-261) and al-Qastallani, Irshad al-Sari (5:304-305).

The Prophetic Sunna is an endless manual of healthy living and practical husbandry for people of all walks of life, especially the poor. The Prophet, upon him peace, at all times directed his Umma to avert waste and penury even in unsanitary conditions. Just as the hadith on camel milk and urine reveals knowledge of dietetics and natural medicine, so does the hadith of the fly reveal knowledge of preventive medicine and immunology. In this respect the command in these hadiths, as in many others, denotes an advisory Sunna of permissibility, not a literal obligation. “The command [of immersing the fly] denotes counsel (al-amru lil-irshad) so as to counter disease with cure.” Al-Qastallani, Irshad al-Sari (5:304).

Despite the abundance of supporting evidence for the authenticity of these medicinal narrations (camel and fly) on the one hand and for their scientific viability on the other, certain voices continue to reject them on both counts.

Principle skepticism of authentically transmitted narrations that pertain to facts demonstrated by ancient and modern science, or whose scientific worth is just now coming into view, is the wont of stagnant minds and diseased hearts for which there is no cure save the mercy of our Lord. 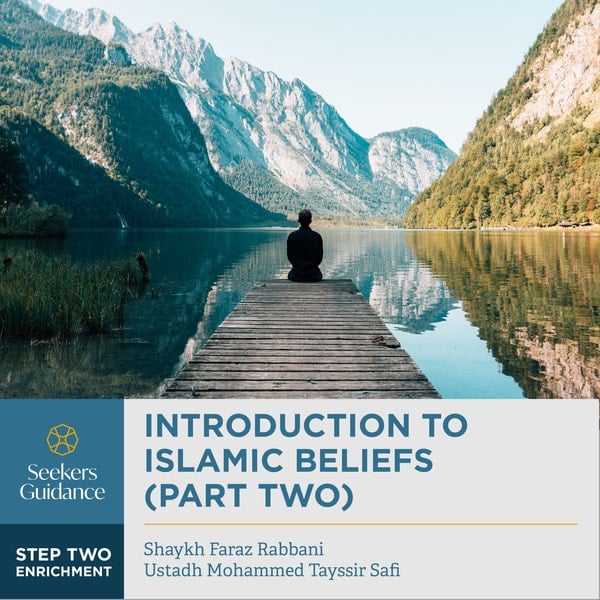 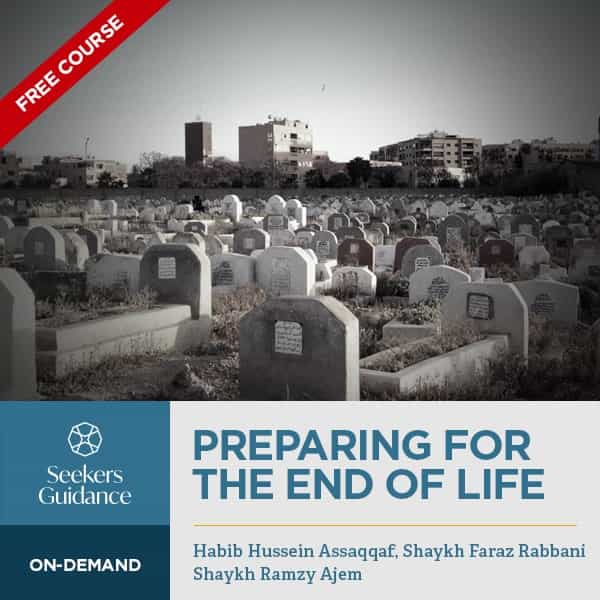