Is It Enough to Marry Someone Who Has Good Character but No Piety?

I did not use to practice Islam, but have since changed my ways and want to make good on my Islam. I am having marriage talks with someone who is culturally Muslim, but does not practice.

My aunt and uncle, practising Muslims, advised against me marrying him. People around me are advising me to marry the person despite his lack of faith saying that I wasn’t a practicing Muslim before either. What should I do?

I pray this finds you well. May Allah reward you for reaching out to us. Please forgive me for the delay.

Please listen to the advice of your aunt and uncle. They know you, love you, and understand the importance of prioritising Islam.

If you are practising the deen, then it is not enough for you to marry someone who only has good character. Please don’t make the mistake that he may change after marriage. He most likely will not. Only marry someone whom you are already happy with, as he is. I strongly encourage you to read Before You Tie the Knot: A Guide for Couples.

It is better for you to marry someone who has both practice of the deen and good character. Marriage is the beginning of a lifelong partnership that can stretch to Paradise too, inshaAllah. Who you marry will also determine what kind of father you will have for your children.

I pray that Allah blesses you with the gift of a husband who has both deen and good character.

Is It a Sin To Deny a Husband’s Rights If He Does Not Fulfill the Wif...

What is the Reward for Patience during Plagues? 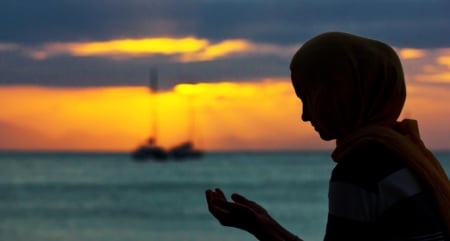 Is It Permissible To Name My Daughter Yasina?

Is Sitting On the Floor While Eating Sunna?