How Can a Convert Follow a School of Thought Correctly? 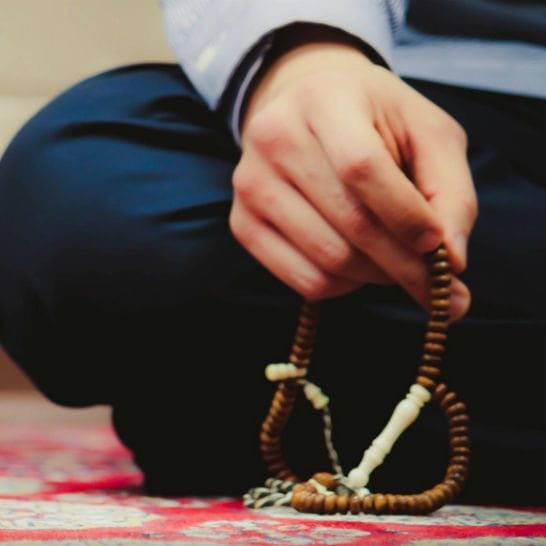 Question: How likely is it that a convert to Islam could possibly follow a madhab correctly?  When I first became Muslim, I tried to follow the Hanafi school through on-line courses, but I found that I would do things incorrectly for along time without realizing that certain things were important. So, I abandoned the Hanafi mathab because  it seemed impossible, and I met a local man with ijaza to teach Maliki fiqh.  However, he is my only access to information about following the Maliki madhab which concerns me because I can’t verify anything that he tells me and I don’t really know him very well.  What is your recommendation for someone in such a situation?

I pray this finds you in the best of imaan and health.  Firstly, I would like to acknowledge that the life of a convert isn’t always easy in the beginning, with all of the confusion of hearing various opinions and simply trying to figure out how to establish one’s normal practice.  When the frustrations hit a peak, you should step back from it all and look at the bigger picture.

Faith is the Most Important Thing

Alhumdulillah, Allah Most High has guided you, out of billions of people, to Himself.  He lovingly showed you His Deen and gave you the blessing and honor of faith.  Despite real challenges and struggles that we face in our lives, He has given the assurance that they are all temporary, and that the next life with Him is eternal and one of never-ending bliss.  This is a clear sign that He cares for you and He would not simply let you slip between the cracks due to a few details of fiqh.  So don’t feel down if it doesn’t come all at once, or if the things of secondary importance are unclear.  Your priority must be on preserving your mental and physical health, and then on your practice of the Sacred Law.

Islam as a Way of Mercy, Moderation and Ease

When I had just become a Muslim, I too missed many witr prayers, simply because I never knew it was necessary to pray them according to the Hanafi school of thought.  Years later when I realized I had to, two reliable scholars I spoke with said that because my missing them was out of an initial ignorance, I could take the position of another school which did not view them as obligatory and so I didn’t have to make them up.  However, once I had the knowledge, that I would be obligated to pray witr along with my other 5 daily prayers.  This is an example of how our scholars show us the mercy and vastness of Islam.  Sometimes, we simply need to give our best intention and effort, and when we reach the limits of our ability and understanding, entrust the rest to Allah, the Most-Merciful.

Madhabs are Meant to Simplify, Not Complicate

The four schools of thought are tried, tested and true interpretations that the Ummah has been following for centuries.  The average person is meant to follow a madhab because its rulings have already been laid out and saves them from having to derive the rulings, without proper qualifications, from the source texts for each and every question.  As such, exactly what you did initially is correct: pick a school of thought within Sunni Islam and ask your questions to its scholars.  Understanding the rulings of one’s madhab does not come overnight; rather it takes time and learning, as well as practice, to get them down.  Sometimes we do things incorrectly because we didn’t understand, but that’s ok.  Our honest mistakes or accidently acting on rulings from other schools are not sins, and as long as the validity of obligatory acts are not in question, once we get a clarification, we can resolve from then on to do things correctly and leave the past in the past.  Considering that there are differences of opinion within the world of Islamic law, if we hear another viewpoint, we should not be frustrated because if there was only one straight answer for everything, there would be no flexibility. The true scholars know when this flexibility can be applied.

Following this Deen is not meant to be difficult or impossible; following a madhab then, is not meant only for Muslims with certain backgrounds to the exclusion of others.  In this vein, the Prophet (peace and blessings be upon him) said:

“Surely, the Deen is ease, and none will be excessive in the Deen except that it will overcome him.  So do the right thing, do the best you can [if you can’t do something completely], and rejoice!…”

Rejoice, because as Muslims, we know that at the end of the day, we still get rewarded, and moreso, we have Allah, the Most Gently Kind.  He looks at our hearts and our intentions, and our works are never meant to earn Paradise.  Rejoicing in Allah and what He has blessed you with is also a means of driving away the waswasa of the Shayton, who if he can’t remove us from Deen entirely, tries to get us to over-worry and become depressed so we leave the path of moderation and optimism and become harmful to ourselves.  Once you feel he is goading you to that stage of harm, simply back off of trying and worrying about being correct and go with whatever is doable at the time.  Seek answers to your specific situations, such as menstruation questions, gradually.  Insha Allah, you will be rewarded for your intentions and in the end, Paradise is promised to all believers.  As a beloved shaykh of ours says, “no one is going to Hell on a technicality”.

How Do I Get Reliable Knowledge?

If you have found a teacher who has traditional authorizations (ijazah) to teach, then there is no need to double-check his teachings if they stem from a school of thought, as Allah Ta’ala tells us to “ask the people of remembrance if you know not” (Quran 16:43), and that ijazah is the way this Ummah has preserved the knowledge of the Deen for centuries from generation to generations.  However, switching madhabs can sometimes cause more confusion, and Alhumdulillah opportunities to ask and learn the Hanafi madhab online are available more than ever before.

Finally, anyone who says there is no more knowledge in these days, has no knowledge themselves.  Find good Muslim company if you can, continue learning at a comfortable pace with reliable institutions such as Seekers Guidance, and after putting your best foot forward without harming your health or peace of mind, trust in the encompassing mercy of your Lord and rejoice!