Question: I follow the Hanafi school and I want to know what the principles of fiqh and tassawuf are when choosing an opinion within the Hanafi school. Take for example the difference of opinion when eating shrimps, the time of Asr, and others. Can a common Muslim choose an easier opinion for himself? What about a student?

The answer to your question is: sometimes yes; sometimes no.

The institution of the madhhab has a certain logic to it. This logic is both personal and social.

At a personal level, the madhhab ensures that a layperson follow established authority and not his own whims and desires. It provides the individual with a means to fulfill his religious duties without having to engage in in-depth study of the tradition that would be a difficult undertaking given other commitments. Following scholarly authority is a commandment of God and the Prophet. The Qur’an, for example states, “Ask those who know if you know not,” (16:43) while the Prophet (God bless him) said that “the cure for not knowing is asking.” [Abu Dawud]

For this reason, among others, the scholars of our traditions have always stressed adherence to the schools of law. The idea of following authority is nothing new. For example, after the Prophet (God bless him) departed this earthly-realm. most of the Companions relied upon a select number of individuals for answers to their religious questions, such as the four Caliphs, `Abd Allah ibn Mas`ud, Zayd ibn Thabir, `Abd Allah ibn `Umar, and so forth.

While following a maddhab is required, following a single madhhab on every issue is not according to many scholars. The obligation of taqlid is to follow a school or an authority on a given issue or set of issues. Thus, for example, an individual is permitted to follow the Hanafi school in prayer and the Maliki school in rulings related to Zakat. This is not interdicted so long as one:

a. actually knows the rulings of the other school on the issue, and
b. does not systematically seek out dispensations (i.e. the easiest position).

Therefore, it would be permitted for you to follow the opinion of another school if you have a valid reason for doing so.

A valid reason should not be understood as simply referring to cases of real need or necessity. Rather, even convenience cab be a valid reason to follow another opinion. For example, you may choose to pray Asr according to the earlier time because it is easier for you from a scheduling perspective, something important for this working and studying. Similarly, you may choose to eat seafood because your family does so. The aofrementioned opinions have a strong basis in our tradition and, therefore, may be followed as long as one does not become habitual in seeking out dispensations of this nature.

Tasawwuf and the Madhhab

This is because the way of tasawwuf is a way of purifying the soul by submitting to someone who has traversed the path of gnosis. This individual, the murshid/spiritual guide, is akin to a doctor providing the student with spiritual medicine to cure the ills of his heart. It makes little sense to go against his advice by sticking to one’s own school. This is especially so for practices deemed central to the teacher’s instruction.

Therefore, as long as it is a valid opinion, it would be permitted for one to follow the opinion of a spiritual guide that is contrary to one’s own school. If someone is not willing to do this, he or she should speak to their spiritual guide and then perhaps see if they would want to remain on his path.

Can a Hanafi Follow the Shafi’i Opinion on Joining Prayers When Traveling?

How Do I Choose A School Of Thought (madhhab) & Why?

TAGGED WITH:: differences of opinion, following a school of thought (madhab) 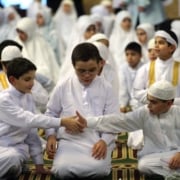 With Hearts United, We Must Respect Differences of Opinion 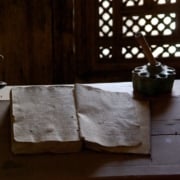 Does Burping in Prayer Nullify It? Do I Have to Follow Every Single Ruling of My School… 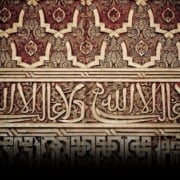 Avoiding Differences of Opinion: Why & When Can I Follow Another School?