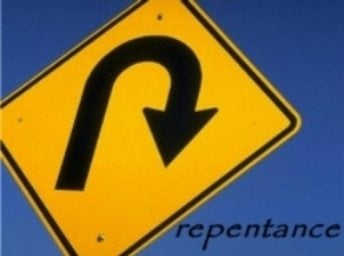 “And He is the one who accepts the repentance of His servants.” [Qur’an, Surat al-Shura: 25]

The Messenger of Allah (peace and blessings be upon him) said,

“Allah accepts the servant’s repentance until they take their last breath.” [Related by Tirmidhi (who deemed it sound), Ibn Maja, and Ahmad]

Imam Laqani states in his poem on the fundamentals of belief, Jawharat al-Tawhid:

1. Sins are of two types: major and minor;

2. It is immediately obligatory to repent from all sins, especially major ones;

3. Repentance is not nullified by falling into the same sin again;

4. There is difference of opinion whether sincere repentance is necessarily accepted by Allah, or whether it is hoped that it is accepted.

There are two opinions regarding the acceptance of repentance:

[1] It is certainly accepted, if the conditions are fulfilled, because of the words of Allah Most High is Surat al-Shura (verse 25): “And He is the one who accepts the repentance of His servants.”

This was the position of Imam Abu’l Hasan al-Ash`ari himself.

[f: It is worth noting, of course, that this would be contingently necessary (wajib `aradi): It is in of itself possible for Allah to accept or reject repentance; it is deemed necessary–according to this position–because of the Promise of Allah that He accepts repentance, for, “Verily, Allah does not go back on His promises.” [Qur’an, al-Ra`d: 31]]

[2] It is hoped that it will be accepted, because it is based on probabalistic texts (dalil dhanni) that is close to certainty (qarib min al-qat`), because it is possible that the abovementioned verse be conditioned by the Will of Allah–such that its meaning be, “Allah accepts the repentance of His servants if He wishes.”

This is the position of Imam al-Haramayn [al-Juwayni] and Baqillani, and other greats. [Bajuri, Tuhfat al-Murid `ala Jawharat al-Tawhid, 321]

Ibn `Ata’illah has some excellent reminders about the proper spiritual manners of dua in his Hikam:

Commentary for on the above hikma can be found at:

What is the Ruling on Using Washing Powders like Surf?

Answered by Mawlana Ilyas Patel Question I have contacted a company about their ...
2 mins

Answered by Shaykh Yusuf Weltch Question I know someone who is a full-blown hypo...