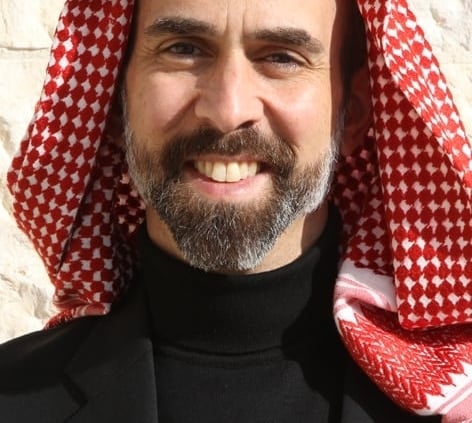 Is it permissible to lie when joking, given that it is understood by the people listening that what is being said is not true?

Joking is permissible but like other permissible acts, may become praiseworthy with the right intention. For example, if one jokes to lighten up the environment for one’s companions or guests, this is praiseworthy.

The scholars have said that joking which is prohibited is that which is excessive and incessant for it causes [excessive] laughter; hardening of the heart; preoccupies one from the remembrance of Allah, Most High and from thinking about the important matters of the religion…As for that which is free from these matters, it is permissible.”

Therefore, it would be permissible to lie when joking (in moderation) though the sunnah is not to. The Companions asked the Prophet salla Allahu alaihi wasallam, “You joke with us?” He said, “[Yes] but I only speak the truth.” (Tirmidhi and Ahmad).  An example of this is when the Prophet salla Allahu alaihi wasallam said, “Old women will not enter Paradise,” meaning they will be returned to their youth.

Of course if “lying” is used in joking, the listeners should ultimately know the truth of the joke. Likewise, a joke shouldn’t drag on such that it becomes misleading nor should one joke in a manner that would create tension or negative/hurtful feelings.

As for the Hanafi school, it is a condition for the permissibility of joking that it be free of lies; this is not confined to being sunnah. (Nahlawi, Al-Durrar al-Mubahah)