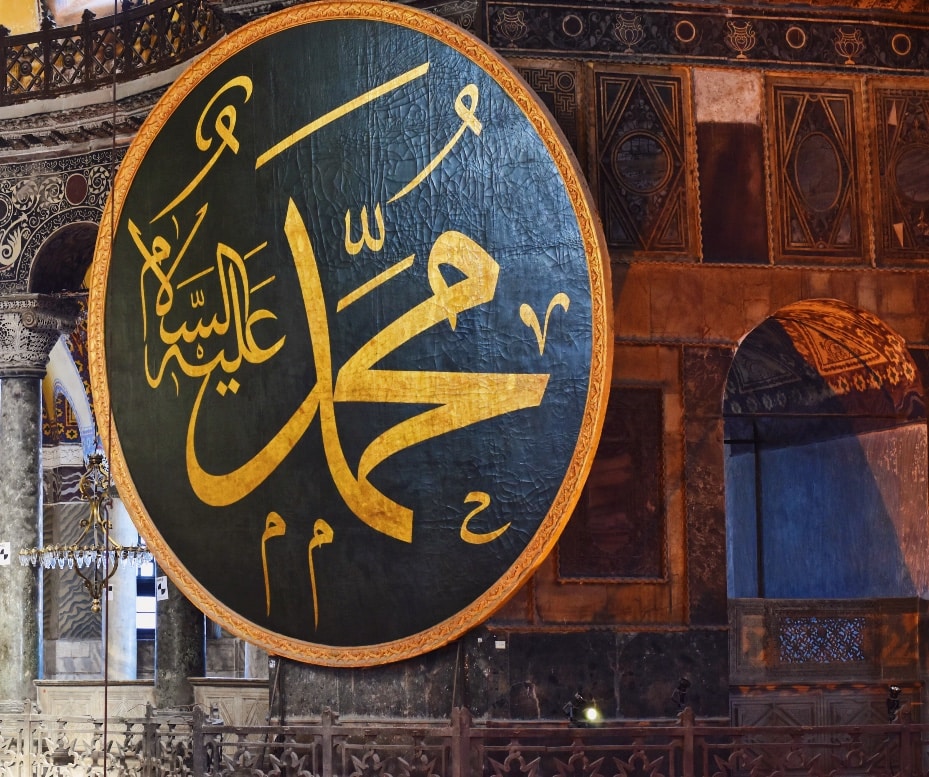 Answered by Ustadh Abdullah Anik Misra
Question: Assalamu alaikum wa Rahmatullah wa barakatuh. I wanted to know if the Prophet’s (Allah’s peace and blessings be upon him) hair is still preserved to this day, and if so, do people get blessings from it and are there any miracles related to it?
Answer: In the Name of Allah, Most Merciful and Compassionate,
Wa alaikum as salam wa rahmatullahi wa barakatuh,
Thank you for asking this important question. Yes, some of the blessed hairs of the Prophet Muhammad [Allah’s peace and blessings be upon him] are still preserved to this day. Due to their blessed nature by Allah’s will, for centuries since the time of the Companions those hairs have been used by Muslims to seek cures for illnesses both physical and spiritual, for blessings, and success in both worldly affairs and those of the afterlife. They have indeed been the locus of miraculous events and the object of love and veneration by Muslims since the prophetic period itself.
Yes, one can – and should – seek the blessings of these hairs and other prophetic relics if one is gifted by Allah with the chance to do so. Wasting this opportunity is something no Companion or Follower would have ever done, as we will soon discuss. Muslims know that it is Allah alone who can create the blessings in these hairs, and that He has willed for them to be a means of mercy to His servants.

The Blessedness of the Prophetic Relics and Their Reality

The Prophetic Command to Collect and Distribute the Blessed Hairs

The Miracles Associated with the Blessed Hairs

The Companions and those after them would use these blessed hairs and other personal effects to seek blessings and cures, both in the lifetime of the Prophet [Allah’s peace and blessings be upon him] and afterwards.
Uthman ibn Abdullah ibn Mawhab said that, “My family sent me to Umm Salama, the wife of the Prophet [Allah’s peace and blessings be upon him, after he had passed away] with a bowl of water,” and [the narrator] held three fingers together to indicate the size of the small container that held some of the blessed hairs of the Prophet, “And whenever anyone would be afflicted by the evil eye or any type of harm, they would send a vessel [of water] to her [to dip the hairs into, then drink for its healing ability]. So I peered inside the container, and inside I saw a few reddish hairs [of the Prophet, Allah’s peace and blessings be upon him].” [Sahih al-Bukhari]
Imam al-Ayni mentions in his commentary on Sahih al-Bukhari that the sick people who drank of this water would be healed, and then the hairs would be returned to its container. [al-Ayni, Umdat al-Qari]
It is also narrated that the great military leader amongst the Companions, Khalid ibn al-Walid, took some of the hairs from the Prophet [Allah’s peace and blessings be upon him] while the latter was shaving his head. He would kiss those locks, and press them against his eyes out of reverence and love.
He placed those hairs in the front of his cap, which he wore to every one of his battles thereafter, and later remarked, “I put them in the front of my cap and I did not face any direction [in battle], except that victory would be granted for me there,” and in another narration, “I did not attend any battle except that I was given victory by means of them [ie. the blessed hairs].” [Ibn Kathir, al-Bidayah wa al-Nihayah]
Once, when his cap fell onto the battlefield in the thick of a great battle, he cried “My cap! My cap!” and went after it at all costs. One of his kinsmen snatched it up from amidst the melee and returned it. When he was later chided for putting himself and his men at risk of losing their lives for a simple cap, Khalid [may Allah be pleased with him] responded that wasn’t the cap he wanted, but that it contained the blessed hairs.
These are just two incidents showing how the early Muslims used the blessed hairs of the Prophet [Allah’s peace and blessings be upon him] for cures and blessings, and a means of divine assistance.

The Reverence of Early Muslims for the Blessed Hairs

The early Muslims did not simply preserve the blessed hairs for utilitarian purposes due to the benefits they attained from them in this world. Rather, they loved them as they were a part of their beloved Messenger [Allah’s peace and blessings be upon him], and would even desire to be buried and meet Allah with no object than these personal effects touching their bodies.
Thabit al-Banani narrates that, “Anas ibn Malik [may Allah be pleased with him] told me [before he died], ‘This is one of the hairs of the Messenger of Allah [Allah’s peace and blessings be upon him]; put it under my tongue.’ And so I placed it under his tongue, and [after he passed away] he was buried while it was still under his tongue.”
[Ibn Hajr, al-Isaba]
Ibn Sireen [one of the great Followers of the Companions] remarked, “For me to have one of those hairs would be more beloved to me than the world and all it contains!” [Ahmad]

The Preservation of the Blessed Hairs in This Age

It is clear from the above narrations that the blessed hairs of the Prophet [Allah’s peace and blessings be upon him] were meticulously preserved and cared for in the early era of Islam. These hairs, along with other prophetic relics, have been mentioned throughout Islamic history as being passed through the possession of various people, and migrating with them to various Islamic lands.
Hence, it is common in our times to hear of one of the blessed hairs being preserved and stored in almost every traditional center of Islamic civilization. Often, these hairs were obtained by the Islamic rulers of a given area, with the entire state apparatus using their best means of ensuring their preservation and safety.
Other times, the hair would be passed down as a family heirloom for generations in the descendents of the Prophetic Household, or other scholarly families. Some hairs today are on display for public viewing in museums, or presented during the annual Mawlid celebrations. In some cases, some keepers of blessed hair may have the sanad (chain of inheritors) to authenticate exactly whose hands the relic passed through over the centuries.
While those hairs preserved by Islamic rulers (past and present) or prominent families with recorded chains of inheritors give us the most confidence of being authentic, it is true that in our times we may not be able to know for certain and authenticate every claim in the world to this. This does not mean, however, that we should doubt the existence or authenticity of all of the blessed hairs today, nor deny ourselves or others who believe they are genuine the opportunity to obtain blessings from them.
After all, if someone who loves the Prophet [Allah’s peace and blessings be upon him] is moved to tears and pure gratitude at the mere possibility that what they are beholding could be a part of their most beloved, then they have attained something whose value only Allah Most High knows, let alone the vast blessings and benefits in this life and the next if it is indeed what they seek. And creating those blessings due to one’s pure love and intention is not hard for Allah wherever and for whomsoever He wills.

The Wisdom Behind the Blessed Hairs Remaining Amongst the Ummah

As Imam al-Zurqani is quoted as saying, “The Prophet [Allah’s peace and blessings be upon him] only distributed his hairs amongst his companions so that the divine blessings [baraka] could remain everlasting amongst them [after him], and be a reminder for them [of him], as if [when he did so], he was indicating that he was going to leave the world soon.” [al-Mubarakpuri, Sharh al-Mishkah]
And so while the beloved Messenger is not with us in the same way he once was, his baraka and the fond memory remains amongst us through these blessed hairs and other things he left for us, if only we can recognize this mercy and be blessed by Allah Most High to see them in this life.
Wassalam,
Abdullah Anik Misra