Question: I wanted to know if there is a du`a or something that you need to read/say when moving to a new house? We will be moving next month and I want to make sure the house is blessed before we move in.

It would be good to pray a two cycle (rak`at) — or more — prayer and ask Allah to make the home a place of blessing (baraka), mercy (rahma), and remembrance (dhikr).

There would be no harm in gathering one’s family and friends for a dinner — reciting Qur’an and supplicating therein.

Allah Most High says, “We send down in the Qur’an that which is a healing and a mercy to those who believe.” [Qur’an, 17:82]

Hammam related from Abu Hurayra that the Prophet, may Allah bless him and grant him peace, said, “The evil eye is real.” And he forbade tattooing.

The evil eye has the same effect as harmful medicine and only happens through the permission of Allah. However, one should take the means and guidance as given by the Messenger of Allah (Allah bless him and give him peace), and trust in Allah.

The Messenger of Allah (Allah bless him and give him peace) used to seek refuge from the devil-jins and the evil eye of the human being until the mu’awwadhatayn (Surah al-falaq and al-Naas) were revealed. When they were revealed, he took them and left the other forms of supplications. [Tirmidhi]

It would be good to say the last three chapters of the Qur’an (Ikhlas, Falaq and Nas) thrice every morning and night. Moreover, it would also be good to say the Prophetic supplication, as recorded by Bukhari, Tirmidhi, Abu Dawud and others: “I seek refuge in Allah most perfect words from every devil, harmful thing, and accusing eye ( A`udhu bi kalimaatillahi taammati min kulli shaytaanin wa haamma wa min kulli `aynin laamma)”

There is much blessing (baraka) in the completion of a recital of the Qur’an, and it is a time wherein supplications are answered. Hence, many of the early righteous would gather their family to supplicate together on such occasions.

The chain of transmission of this narration (hadith) is weak, though the meaning is sound as understood from Nawawi and others.

See: Are Supplications Made After the Entire Qur’an Has Been Recited Considered Accepted By Allah?

There is much reward and blessing (baraka) in feeding others.The Messenger of Allah (Allah bless him and give him peace) was asked, ‘What is the best of faith?’ He said (peace and blessings be upon him), “Feed others, and give salams to those you know and those you do not know.” [Bukhari; Muslim]

It has been mentioned that feeding animals is a form of charity. So without doubt feeding one’s family, friends, and neighbours with lofty intentions is something deserving of tremendous reward — particularly when one intends that one is feeding them so that they have the strength to worship, in all forms.

We ask Allah for success in all our affairs. 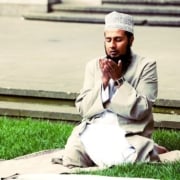 Is Making Dua in My Heart Enough? 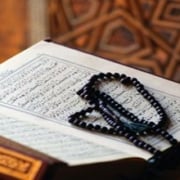 The Responsibility of a Question, Surat Hūd (verse 47): Duas from the Qur’an Explained 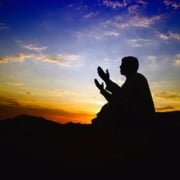