Question: I was in a relationship with a guy but we didn’t end up getting married.  I feel really guilty for being in a relationship and my parents don’t know about it.  I knew it was wrong but I justified it by saying we will get married one day.   I feel really guilty and I can’t forgive myself.  How can I seek forgiveness?  Also, do I owe an explanation to the person I’ll be getting married to? Will it be wrong to hide it? It seems that telling the truth would create more problems.  Thank you.

When God has concealed a sin, it’s not correct to reveal it. Be thankful you were able to move on from this relationship without suffering serious consequences.

You have to consider the culture in which you live, a culture that often does not look favorably upon women with a past, no matter if those women have repented.

If asked about prior relationships, you don’t have to disclose anything unless there might be some physical consequence (for example, a sexually-transmitted infection, etc). If you feel uncomfortable hiding the details, then discreetly say that you’ve made some mistakes in the past, but that you have learned from them, made your repentance, and have got right with Allah Ta’ala. All of this depends on the level of tolerance shown by your prospective husband.

As far as feeling guilty is concerned, strike a balance. Feel remorse for the past, but don’t allow it to overwhelm you to the point where you can’t function. Thank Allah for concealing your sins but don’t be cavalier about them.

Is It Preferred to Marry Someone Who Follows the Same Legal School? 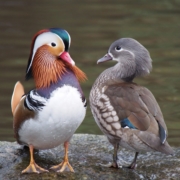 Reciting Ya Sin so Parents Accept My Choice for Marriage