Is studying the biography of someone considered backbiting (ghibah) if bad qualities of that person are mentioned?

Reading and studying about past peoples is not considered backbiting. Backbiting is restricted to the definition given by the Messenger of Allah (may Allah bless him and give him peace), where he said, “Your mentioning of your fellow believer in a way that they would dislike…” [Muslim]

However, you should refrain from cursing such people or stating that they are definitely going to the Hell-Fire.

The Messenger of Allah (may Allah bless him and give him peace) said, “Do not curse they deceased. For surely they have gone ahead to that which they put forth.” [Bukhari]

We Are Not The Judge Of Others

These are matters which are unseen to us and we do not know how such people’s lives ended.

As Allah, Most High says, “They are a people who have passed, for them is what they earned and for you is what you earned. And you will not be asked as to what they did.” [Qur’an; 02:134]

May Allah bless you for your question
Allahu A’alam 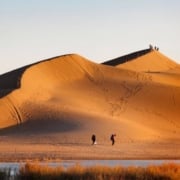 From the Dawn of History - Stories of Light

Understanding the Trends in Fiqh Literature - By Mufti Taha Karaan 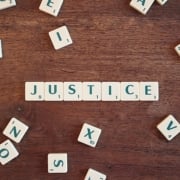