Question: Is it true that “Sunni orthodoxy” was established in the third Islamic century? I have read this in many books authored by non-Muslims. My understanding is that orthodoxy was known from the first century, but systematized as a science in the third century. Is this understanding correct?

Your understanding is correct, mashaAllah. Sunni orthodoxy was codified and organized formally in the second, third and fourth centuries, as 4 schools of jurisprudence (Hanafi, Maliki, Shafi’i, and Hanbali) and 2 schools of beliefs (Ash’ari and Maturidi).

For more detail, please see related articles on masud.co.uk, as well as the following:

How Are Madhabs Any Different From Sects In Christianity? 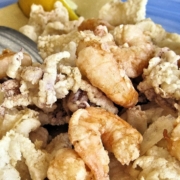 Is It Sinful to Eat With the Left Hand? (Maliki)

Joining Prayers in the Maliki School