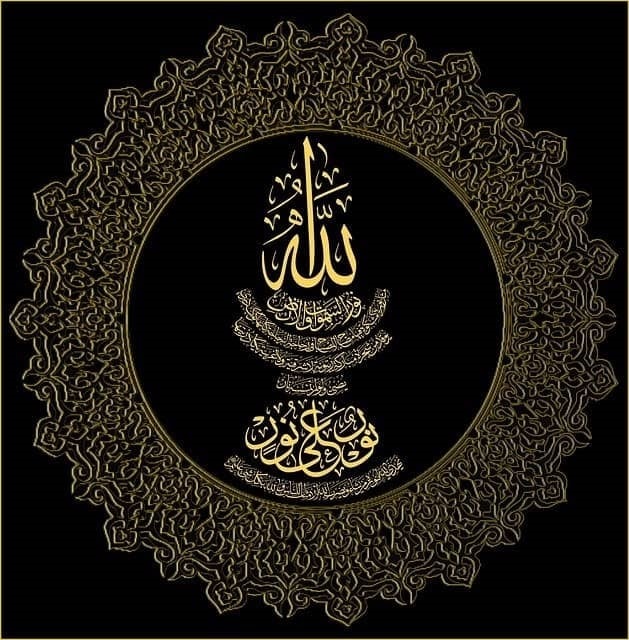 Question: I was born in a Muslim but currently I’m a ethical monotheist. I believe in the the necessity of revelation and see Muhammad (PBUH) as an exemplary man but I want to know if there is any rational or logical reason to believe he is a prophet and the Qur’an is God’s word. I heard from a lot of Muslims that the Qur’an contains a lot of scientific truths and prophecies that have been fulfilled but other religions say the same thing about there holy books what makes the Qur’an any different

I pray this finds you in the best of health and states. May God guide us all to the truth and grant us pristine clarity.

There is much rationale behind accepting the Qur’an as God’s word and the Prophet Muhammad as a true prophet (peace and blessings be upon him). This has been discussed in great detail by Muslim theologians, and it would take an entire course or more to provide an adequate response. Nevertheless, please read the following excerpt from a text on Maturidi theology by Imam Nur al-Din Sabuni (d. 580AH), in which he addresses your question as follows:

The Significance of Miracles

The prophetic miracle (muʿjiza) is that which manifests the incapacity (ʿajz) of creation to bring its like… Its formal definition according to theologians is “the appearance of a matter that breaks the customary norm, at the hand of one claiming prophecy, upon being challenged by those in denial, in a manner that incapacitates them to bring its like.”

The way a miracle indicates the truthfulness of a prophet is that we realize it is purely an act of God Most High, the servant having no share in it at all, such as turning a staff into a snake or bringing the dead to life. When God Most High produces it immediately after the prophet’s statement, “If I am truthful in my claim to being Your messenger, then do such and such,” it serves as a confirmation for him by action. It is akin to God’s saying, “You are truthful.”…

Having understood the above, we will now establish proofs of the truthfulness of our Prophet Muhammad (upon whom be peace and greetings), as that is the basis of this whole discussion. According to us, then, that of the rest of the prophets (upon whom be peace) is affirmed by his informing us.

This evidence has two main components:

The first is the Qur’an, which challenged all the eloquent speakers of the Arabs and non-Arabs to bring the like of it. They proved incapable of doing so, as God Most High states:

–“And if you are in doubt as to that which We have revealed to Our servant, then bring the like of one of its chapters,” (2:23) and He Most High also says,

So all proved incapable of bringing the like of it, since if they were able to do so they certainly would have, due to their zeal for disproving his claim and overcoming his proof. Had they done so, it would surely have been well-known and transmitted to us, just as the false claims and senseless jabber of Musaylima the Liar were transmitted.

(a) If it is said: Perhaps being preoccupied with combat and careers prevented them from that.

We respond: The Qur’anic challenge was before any warfare, and supporting the religion and defending its sanctuary was more important to them than careers. The premise, therefore, is clearly incorrect.

(b) If it is said: Perhaps they did oppose it and bring the like of it, yet the believers ignored it and spread fame of the Qur’an alone.

Despite that, however, no such opposition has been transmitted to us. Hence, it is clear that they proved incapable of doing so. And if the most eloquent Arabs and their rhetoricians proved incapable of opposing the Qur’an, then those who came after them, who were non-Arab, would be even more incapable.

The second component of this evidence is what has been related from him (peace and blessings be upon him) of prophetic miracles, both of the physical realm and of the unseen realm, some with himself and others not pertaining to his own self.

As for what pertains to himself (peace and blessings be upon him), they include: the light that appeared upon the forehead of his forefathers and foremothers, whose loins and wombs he was in; that which is mentioned in ancient books of his characteristics and traits, the time of his coming, and the description of his followers and supporters; and what has been narrated after him of his personal description, the beauty of his form, the nobility of his virtues, and his kind acts, like the hadiths of ʿAli ibn Abu Talib, Hind ibn Abi Hala and Umm Maʿbad (may God be pleased with them).

All of this serves as evidence, for those who possess keen discernment (firasa), that the likes of such qualities have never been collectively present in any one person before him or after him, thereby indicating the nobility of his essence and the loftiness of his person, such that no one matches him therein.

It is related that every time Abu Bakr al-Siddiq (may God be pleased with him) looked at him (peace and blessings be upon him) in his youth and reflected on his traits, he would say, “This one has surely been created for a great affair.” So when he (peace and blessings be upon him) called Abu Bakr to Islam, the latter said, “This is what I used to hope for regarding you.”

And when ʿAbdullah ibn Salam (may God be pleased with him)  met him (peace and blessings be upon him) for the first time, he said, “This is not the face of a liar.”

And ʿAbdullah ibn Rawaha (may God be pleased with him) said:

Had there not been clear signs with him,
His very nature would have proven his message.

He (peace and blessings be upon him) then remained with these traits for his entire life, not changing whatsoever in private or public, neither when angry nor when content, to the extent that his enemies, despite their extreme animosity and zeal to slander his character, found no fault in him at all.

This, then, is the strongest proof of the truthfulness of his message, for it is inconceivable that God, the All-Wise (may His remembrance be exalted), gather all of these virtues for one whom He knows will invent lies against Him, give him respite for 23 years, give victory to his religion over all other faiths and aid him in conquering his enemies, and finally give life to his teachings after his demise until the Day of Resurrection.

As for miracles not dealing with his own self, they include splitting the moon; drawing the tree near; the speaking of stones; the yearning of the palm-trunk; the complaining of the she-camel; the testimony of the roasted sheep of its being poisoned; and the shading of the clouds over him (peace and blessings be upon him).

They also include his informing of past and future events.

Past events include the stories of prophets (upon whom be peace), and the conditions of bygone nations in various lands, in different statements, related in the presence of scholars of the People of the Book, none of whom proved capable of denying or slandering him. This occurred despite his having never read ancient books nor interacted with People of the Book, indicating that he (peace and blessings be upon him) related news by revelation from God Most High, as a messenger.

Future events include his informing on the Day of Badr of what person would be killed, and in what place, which occurred as he said. He also told of fighting Banu Hanifa and Persia; the downfall of Chosroes’ kingdom; the victory of his religion [Islam] over all other faiths and its reaching the farthest limits of the East and West; and other events as mentioned in narrations, which occurred as he foretold.

Moreover, his demeanor (peace and blessings be upon him) did not resemble that of fortunetellers, magicians or astrologers, all of whom, according to what is related, engaged in poetry and rhyming; concealing vile traits; seeking the aid of devils; looking into astrolabes; or numerology. Rather, his personality (peace and blessings be upon him) was one of uprightness, tranquility, honor, shunning worldly aims, and constant immersion in the remembrance of God Most High.

These miracles, even if most of them are related through single-chain reports (ahad), together indicate one common phenomenon, namely, manifestation of the extraordinary by his hands. This phenomenon, then, is effectively related through multiple-chain transmission (tawatur), resulting in unequivocal, definitive knowledge (ʿilm qatʿi).

This is similar to narratives that individually are related through single-chain reports regarding [for example] the generosity of Hatim, the justice of Abu Shirwan, the courage of ʿAli (may God ennoble his face), and the knowledge of Abu Hanifa (may God have mercy on him). Since each category in its totality indicates one particular theme— namely, generosity, justice, courage, and knowledge—then the result is unequivocal, definitive knowledge of these themes. Indeed, the same applies here.

Please also see this related answer, by the esteemed scholar Shaykh Akram Abdul Wahhab: How Do We Know That the Qur’an is Inimitable and Thus From Allah