I live in house which is owned by my parents and our country allows me to save taxes by paying a rent to my parents. Does it reduce my reward on spending on parents if I do that?

Answer: Wa’alaykum assalam. I pray you are well.

The Prophet ﷺ has said, ‘Actions are according to intentions’ [Al Bukhari, Muslim]. The beauty of this is that if a person intended to do an act of good for the sake of Allah, yet didn’t end up doing it, they would nevertheless get the reward for what they intended.

However, if a person did an act of good for a reason other than for the sake of Allah, then they receive according to that intention.

If you made the intention that you would have spent on your parents for the sake of Allah, irrespective of whether you are entitled to tax breaks or not, then your reward in the Afterlife will not be diminished in any way, even if you also receive the benefit of the tax breaks.

If your only intention when spending on your parents was to receive the tax breaks, then the tax breaks in themselves are a worldly blessing, but one cannot categorically say whether you will be rewarded in the next life or not for the act. And Allah knows best.

May Allah increase you in every good, and reward you for your looking after your parents. Honesty towards Parents and Future Wife 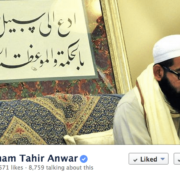 What Is the Best Way to Kiss My Parents?

Doubts About Islam: I Don't Find Any Observable Effect or Peace in My Worship