If a woman was married more than one times, will she remember all of her husbands in paradise?

It is said that women will be virgins while having been married previously in paradise.

It is established in the Quran and Sunnah that the inhabitants of Jannah will recollect the days of this world. Imam al-Qurtibi when commenting on the verse, “The Day when man will remember that for which he strove,” [79:35] said,

“[He will remember] all his actions, bad and good. It has been narrated in reports and the books of Quranic exegesis that the the dwellers of Jannah will recollect their states and how difficult and challenging things were in this world. They would then thank and praise Allah for the comfort they have been given. As Allah says, “And they will approach one another, inquiring of each other.” [37:50]

Al-Bayhaqi narrated from Mu’adh ibn Jabal radiyaLlahu ‘anhu that Prophet sallaLlahu alayhi wasallam said, “The people of Jannah will only experience sadness for moments that has passed in this world wherein they have not remembered Allah.”

All of the above clearly alludes to the fact that she will remember all of her husbands, and Allah knows best.

Finally, the Hadith you have referred to regarding deflowered women returning to virgins, in no way indicates loss of memory. The Hadith, as transmitted by ibn Hibban on the authority of Abu Hurayrah radiyaLlahu anhu, reads, “The Prophet sallaLlahu alayhi wasallam was asked, “will we have sexual relations in Jannah?” He sallaLlahu alayhi wasallam replied, “Yes, by the One in whose hands my soul lies … and when they have completed, she will stand up with her virginity restored and in a state of purity.”” Thus the narration speaks of honor and increased ecstasy and in no way suggest memory loss of spouses of this temporary world. 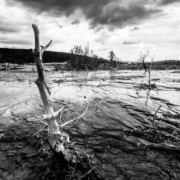 What Will Be the Reward of Women in Paradise?

Who Will Enter Paradise Through the Door of Rayyan?