Question: Is a Hanafi allowed to eat stingrays and puffer fish?

May Allah reward you for your concern about halal food.

All Fish are Permissible

According to the scholars of the Hanafi school, all fish are halal to eat. This is based on the Qur’anic verse “Permitted to you is game from the sea [i.e. fishing].” [5:96] Whereas other schools extend this permission to other types of sea-creatures, the Hanafi scholars judged that only fish are permissible to eat.

*However, I would encourage you to avoid eating pufferfish out of precaution, as they can be lethal if not served properly due to the poison (tetrodotoxin) found in some of their organs.

Of course, simply because a fish is theoretically permissible to eat does not mean one should eat it. One also needs to consider health and environmental factors as well. Toxins and pollutants from human industrial waste have been absorbed into many types of fish, making them dangerous to eat. Furthermore, overfishing has damaged many ecosystems and endangered several types of fish.

Therefore, it is important for us as Muslims to have a better understanding of the potential effects of our food, both on ourselves and on our environment, before eating it. May Allah give us the tawfiq to eat only from that which is halal and pleasing to Him.

Is Escargot Halal to Eat? 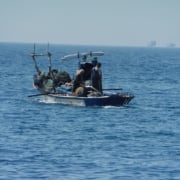 I Have Found a Hadith Permitting Eating Seafood. Why do Hanafi Scholars Prohibit It? 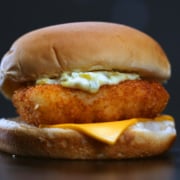 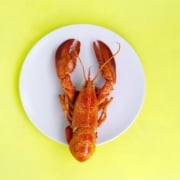 Can I Buy Seafood for My Shafi’i Wife Despite Being Hanafi?
Scroll to top