Question: I have been diagnosed with bipolar disorder. When I get episodes my entire life completely crashes for 6 months. Studies regarding bipolar Muslims fasting stress the chance to fall into an episode again. I take medications daily. I live in a place where fast is up to 21 hours. Should I fast this Ramadan?

May God grant you a ease and well-being.

Based on what you have mentioned, there seems to be real reason to worry about the fasts of Ramadan affecting your health, particularly when said fasts occur in the summer months where they can be extremely long.

I described your situation to Dr. Asim Yusuf, a religious scholar and consultant psychiatrist, who stated that lack of sleep, changes to one’s medication regime/schedule (a gap of 16-18 hours between meds can destabilize some), and tiredness are all recognized as precipitant of mania. While fasts in themselves do not pose a problem, the length of the fast in your case, which is 21 hours, was described by him as a concern.

In light of this, it is advisable to base your judgment on your own past experience. If you feel that there is a reasonable chance that fasting for so long will trigger manic episodes and depression, then you should absolutely not fast and make these missed fasts up when you are able, such as when the days are shorter during the winter. Based on what you have described concerning the length these episodes last and the recovery period, i would personally advise you to no take any chances with fasting if you have reasonable fear that it may cause you harm based on your past experience and personal judgment.

If you have difficulty making such a judgment, you should consult a reliable doctor. This will also be a valid basis for making a decision on whether you should fast or not.

Once again, I will stress that your health takes precedence. God does not burden one more than he or she can bear as stated in Quran 2:286. There is a reason He has allowed the sick to miss the fasts of Ramadan and make them up at some later date if able or pay some monetary value if unable to make-up the fast. This is out of His mercy and love for His servants.

There is absolutely no reason to feel bad. You will attain reward merely due to your desire to fast even if you are unable to actually do so. As the Prophet (blessings and peace be upon him) said, “Whoever intends to do a good deed but does not do it, God records a good deed for him.” [Bukhari, Muslim] Ibn Hajar and others state that if one is prevented from doing it due to a genuine reason, the reward will be even greater than the one mentioned in this prophetic tradition. [Ibn Hajar, Fath al-Bari]

Fasting may be a major part of Ramadan but you can still benefit during the mont through prayer, recitation of the Quran, remembrance (dhikr), seeking knowledge, going to the mosque, and so forth. There are numerous acts of worship that you can continue to perform during the month, and the reward for each will be multiplied given that they are being performed during Ramadan. This is important to keep in mind.

Dr. Asim had also pointed out the that joining Maghrib and Isha prayers may be worth considering in your situation. Given that Isha can be extremely late where you are during summer months, lack of sleep, tiredness, and disturbed sleep cycles are again a real concern. As such, you should again use your judgment as to whether praying Isha so late effects your health. If you fear that it will, you may combine Isha when performing Maghrib.

I hope this was of some help to you. We pray that you be granted complete ease, well-being, and good in this world and the next.

TAGGED WITH:: bipolar disorder, excuses for not fasting 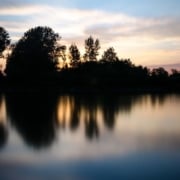 Can I Postpone Fasting Ramadan to Study for an Exam?

Not Fasting in Ramadan to Study for an Important Exam 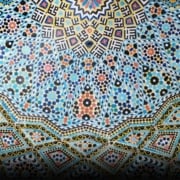 Seeking Out A Culturally-Sensitive Counsellor, by Ustadha Raidah Shah Idil