I study in a non muslim country and I think that the professor will sometimes talk about the bible or christianity in general even though the classes I attend aren’t about christianity. When he talks about it should I leave the class?

You do not have to leave the class as there is no issue in a Muslim hearing someone in an academic class setting speaking about the Bible and Christianity.

The Qur’an, hadith, classical works of theology, exegesis, and history, etc., are replete with references to the Bible and Christianity. The Isra’iliyat traditions, namely the historical reports relayed by the People of the Book (ahl al-kitab), are common in tafsir literature and were extensively used by exegetes. Similarly, it was not uncommon for scholars in the past to study the scriptures and writings of the People of the Book. For example, Mulla Hafiz al-Din, a student of Shihab al-Din al-Marjani, studied the Torah with a Bukharan Jewish scholar named `Abd al-Rahim.

Indeed, the aforementioned points are simply to illustrate in brief that such knowledge-exchange and interaction is inevitable in any civilizational context. For Muslims today, there is no harm in studying the past and present as a way of enriching their knowledge and awareness of the world around them. Of course, it goes without saying that if an individual senses that such study may be harmful to his or her faith, they should avoid exposing themselves to these topics of study. This is a general rule, but absent this, there is nothing intrinsically problematic in learning about Christianity as a historical phenomenon in a university class setting. 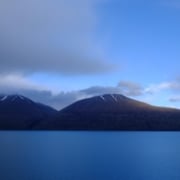 Does the Qur'an Affirm the Validity of Practicing Judaism and Christianity? 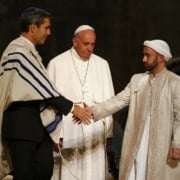 “Work for God and not for your stomachs” - meeting the Pope

Muslim Convert: I asked the Priest to Forgive Me...