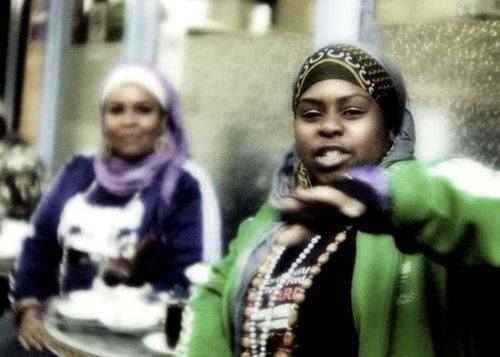 Question: Are there any references to the Prophet (peace and blessings be upon him) and his companions (may Allah be pleased with them) partaking in poetry?

I apologize for the delay in responding.

Thank you for such a beautiful question.  The answer is, yes, there are many references in which the Prophet (Allah bless him and grant him peace) and his Companions (Allah be well pleased with them) partook in poetry.

The Prophet (Allah bless him and grant him peace) said:

“Truly, in some poetry, there is wisdom.” [Bukhari, Muslim, Abu Dawud]

The meaning of this is that there is good poetry in which people receive encouragement towards the Truth, and admonition from wrong doing as well. [Muslim]  In the same hadeeth, it mentions poetry alongside eloquence, knowledge and speech, because in all four of these things, good and bad can both exist, depending on their intended usage and content.  So like speech and knowledge, poetry cannot be written off as either permissible or impermissible, rather its ruling returns to the particular circumstance.

Authentic narrations indicate that the Prophet (Allah bless him and grant him peace) himself enjoyed certain forms of poetry, namely those that praised Allah Most High or recalled the Hereafter.

In another version, the Prophet (Allah bless him and grant him peace) even mentioned that the poet, Umayya bin Abi Salt, was “almost a Muslim in his poetry”.  In other words, he appreciated wholesome rhyme from someone who was not yet Muslim, but who was close to embracing Islam.  This shows us that we are not restricted to religiously-themed poetry only, but anything that is pure-hearted and good, from anyone who is of a good-nature.

The Prophet (Allah bless him and grant him peace) said, “The truest words spoken by a poet were the words of [the pre-Islamic poet] Labid. He said, ‘Lo, Everything apart from Allah is vanity and falsehood…” [Bukhari]

This shows that the Prophet (Allah bless him and grant him peace) was quite aware of the poetry of pre-Islamic Arabian poets, which was the main art form of his own culture.

Did the Prophet (Allah bless him and grant him peace) Ever Recite Poetry Himself?

At times, the Prophet (Allah bless him and grant him peace) himself would cite poetry that others wrote, such as when he was helping to dig the trench in the Battle of Khandaq.  With a stone tied to his abdomen to allay hunger pains, his blessed body covered in dust while carrying loads of dirt in service of his brethren, he would recite a poem written by Abdullah ibn Rawaha (may Allah be pleased with him):

“O Allah, were it not for you,
We would not have been guided,
Nor would we have given charity, nor prayed.
So bestow on us calmness…” [Bukhari]

It should be noted, however, that these times were not common, and he was not a poet himself, because he (Allah bless him and grant him peace) was sent with the Qur’an, the words of Allah Ta’ala, and though his enemies accused him of being a poet, Allah Most High absolved him of this false accusation when He said, “And we have not taught him poetry, nor is it appropriate for him.” [al-Quran, 36:69]

Abu Sa’ud, in his tafseer, mentions that not only was composing poetry unbefitting for the Prophet (Allah bless him and grant him peace), but that even the ability to write poetry wasn’t part of his make-up, and to prove this conclusively, Allah Ta’ala made him unlettered, unlike the poets.

Ibn Katheer says he (Allah bless him and grant him peace) didn’t memorize a single complete stanza of poetry on its exact meter, and whenever he recited something, he would either not complete the stanza, or transpose some of the words.

The Poets Amongst the Companions

Out of his Companions (may Allah be pleased with them), four were particularly well-known for reciting poetry: Abdullah ibn Rawaha, Ka’ab ibn Malik, Ka’ab ibn Zuhair and Hassan ibn Thabit.

Allah Most High said in surah al Shu’ara’ (The Poets), regarding the poets from amongst the pagans: “As for the poets, the ones who are astray follow them closely.  Don’t you see how they wander about in every valley [crossing the limits of praise and disparagement?] And they say that which they do not practice?” [al Qur’an, 26:224-227)

At this, Ibn Katheer and Imam al-Tabari relate that some of the above companion poets became worried that the verse was speaking about them.  Then, Allah Ta’ala revealed the next verse, which made an exception for the Muslim poets, saying: “Except for those (poets) who believe and do righteous deeds and remember Allah much, and come to the aid [of the Muslims by composing verses against those who lampoon them]…”

These companions were actually using poetic skills that they had before their acceptance of Islam; then, after they became Muslim, they changed the subject matter and began to use their talents solely for the sake of Allah – which is especially relevant for young Muslim artists today.

Poetry Should Not Be Offensive nor Distract From One’s Duties

This is not to say that poetry does not have its limits.  When the Prophet (May Allah bless him and grant him peace) said: “It is better for a man’s belly to be stuffed with pus which corrodes it than to stuff one’s mind with frivolous poetry” [Bukhari] what was intended was poetry whose subject matter is not wholesome nor conducive to the Remembrance of Allah, or it distracts the listener from their duties as a Muslim, such as reciting religious poems all night but forgetting to say the ‘Isha prayer or missing one’s Fajr, or poetry which makes one unlawfully angry or lustful.

Also, poetry should not insult anyone’s lineage or backbite, nor be lewd or profane nor describe specific women, nor praise things which in themselves are not good and beneficial.  It should also not become one’s obsession that detracts from one’s worldly duties, nor put one in the wrong company or places.

Pre-Islamic (Jahiliy) Poetry and Its Role in Preserving Arabic

One exception to wholesome poetry is pre-Islamic (Jahiliy) poetry, which was full of the mention of many immoral things, along with noble things as well.  The Arabic used in those poems was the purest, and in the absence of a recorded system of language, those poems preserved and became references for the rules of grammar, meanings and usages of Arabic words, which in turn allowed the Muslims to understand the Qur’an and preserve religious teachings.

For this reason, Ibn ‘Abideen mentions in his Hashiya that “they [pre-Islamic and early Muslim poets till the year 150 hijri] were who they were [experts] in their eloquent rhetoric and pure style, and knowledge of their poetry is transmission and knowledge [of the religion itself] and [memorizing those poems] is a collective obligation (fardh kifayah) according to the scholars of Islam, because by it, the rules of Arabic are established, by which the Book and the Sunnah are understood, upon which religious rulings are dependant, through which the lawful is discerned from the unlawful.  Their poetry, though it can admit of moral shortcomings in its meanings, does not admit to mistakes in its word usage and sentence structure.”

The Legal Ruling of the Scholars with Regards to Poetry

Ibn ‘Abideen continues by commenting on what is disliked (makruh) of the poetry of the “muwallideen” (those poets who lived after 150 hijri, with the exception of Imam al Shafi’i) when they wrote about infatuation (whether describing a specific woman, or the meeting of lovers or lovesickness and passion) or other idle matters.

He says that the disliked kind of poetry is “perhaps what is continuously engaged in, and when it is made into a kind of profession to the point where it overcomes one and busies him from the remembrance of Allah and religious sciences, and that is how the hadeeth [against frivolous poetry mentioned above] is interpreted… so there is no harm in a little of it if one intends bringing up anecdotes, subtle niceties, high metaphors and noble meanings, even if there is the description of ‘cheeks and physiques’, because the scholars of metaphoric writing would use later poet’s writings as references for those very reasons.

… and [Ibn al Humam] mentioned that the unlawful part of poetry is those words themselves that are unlawful to use, like describing private areas, or specific, living women, or describing intoxicants in arousing ways, or bars and clubs, or disparaging a Muslim or non-Muslim member of society, if the speaker intends to disparage them…

… so there is no reason to forbid poetry [altogether]; yes, if it is regarding one who is wasting time without benefit, then he is forbidden, even if the poems had good counsel and wisdom.” [Ibn ‘Abideen, Radd al Muhtar ‘ala Durr al Mukhtar]

Sometimes, we see sincere young people, in an admiral effort to revive and promote poetry amongst English-speaking Muslims through popular styles of expression; wholly import both positive and negative aspects of secular poetic expression and song into an Islamic context.  While I have heard from my teacher that there is some leeway in writing social commentary, or the use of emotive lyrics for a good purpose, the basic rule of thumb is as the Prophet (May Allah bless him and grant him peace)said:

The poetry of the Companions and Muslims thereafter was always conducive to good action and good states of mind.

Righteous Poetry Is Part of the Islamic Fabric

Good and wholesome poetic expression is from the Sunnah, or beautiful life-example, of the beloved Messenger of Allah (May Allah bless him and grant him peace), known through his actions, words and approvals.  At times, he would pray for a poet who recited well, other times, he would encourage others to observe their weddings and festivities with permissible song and verse, all of which was worshipful recreation to the soul and encouragement towards righteousness and the love of Allah Ta’ala.

It is clear that from the times of the Companions and their Followers, throughout the centuries and across the Muslim lands, scholar and layman alike listened to, composed, recited, gathered for and encouraged poetry- and that too, in heart-felt, melodic rhythms, not simply in flat monotones that some may seem to imply.

May Allah Most High bless those good poets who, in each generation – including ours – and in various languages – including ours- remind us of our Lord, uplift our hearts, raise our aspirations and increase us in love for the beloved of Allah, about whom Hassan ibn Thabit (may Allah be pleased with him) once said in verse,

“And more excellent than you, my eye has never seen,
And more beautiful than you, no woman ever gave birth to;

Oh Lord, send peace and blessings, always and forever, upon Your beloved Messenger, the best of all creation.