Question: How long after marriage is a women allowed to get married in Islam?

I hope that you are well, insha’Allah.

It is permitted for a woman to re-marry after the completion of her waiting period (`idda).

What is the Waiting Period (`Idda)?

Legally, the woman is duty-bound to wait a period of time, after termination of a valid marriage contract (nikah), before re-marrying.

What is the basis for the Waiting Period (`Idda)?

The legal basis for the waiting period, or `idda, are the words of Allah, Most High:

[1] ‘Divorced women shall keep themselves waiting for three periods’ [2:228]

[2] ‘Those among you who pass away and leave wives behind, their wives keep themselves waiting for four months and ten days’ [2:234]

[3] ‘And those women from among you who have despaired of (further) menstruation, if you are in doubt, their `idda is three months, as well as of those who have not yet menstruated. As for those having pregnancy, their term (of `idda) is that they give birth to their child’ [65:4]

The Types of Waiting Period (`Idda)

From the Qur’anic bases, we understand that there are four types of waiting period (`idda).

[1] Three menstrual cycles: for the woman who has a regular menstrual habit;

[2] Three months: for the woman in menopause;

[3] Four months and ten days: if her husband passes away and she is not pregnant;

[4] Until she gives birth: if she is pregnant, regardless of whether the marriage ended by death of the husband or divorce;

However, there are legal details related to each type of waiting period and one would do well to consult a local scholar regarding one’s specific circumstance. 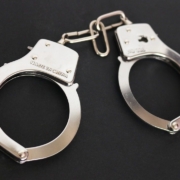 Marrying a Convert Man Who is Drifting Away from Islam

“Too Embarrassed to Talk About It”: Pornography Addiction and Some of Its Effects on Muslim Marital Life

Can a Woman Take Her Husband's Surname?

I Got Engaged to My Cousin to Please My Parents. How Do I Break off My Engagement…