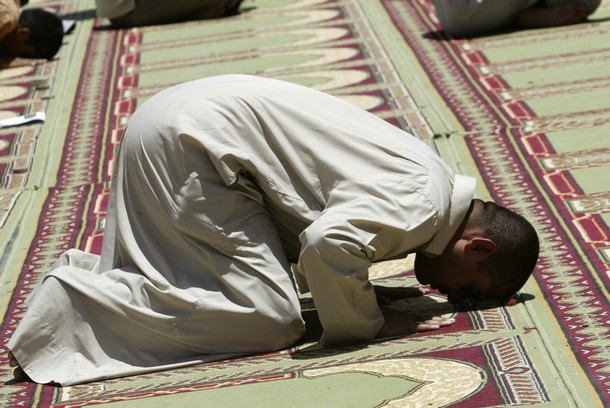 How should the prostration of recitation be performed during the prayer?

Reciting a verse of prostration during the prayer legally attaches it to the prayer such that it becomes a part of it and needs to be performed right away, without undue delay, unlike reciting such a verse outside the prayer.

What Does it Mean to Prostrate Immediately?

However, the jurists state that a slight pause or delay– such as by reciting another verse or two before prostrating– is fine as it is not considered to be akin to missing the prostration.

The exception is in the case that there are only three verses or less left in the chapter (surah), in which case, it would be fine to finish the chapter before prostrating.

Do I Have to Recite again after Prostration?

Thereafter, it is proper to recite some verses, either by completing the chapter, such as in Surah al-Inshiqaq, or by reciting the beginning of the next chapter, as is the case in Surah al-`Alaq.

Simply going from the standing, to prostration, to standing, and then immediately to bowing would be disliked, as it resembles mixing up the order of the prayer by prostrating immediately after bowing, yet doing so would not invalidate the prayer.