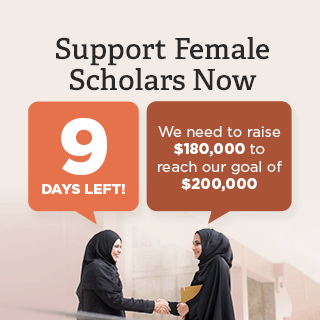 Ustadh Tabraze Azam is asked about the legality of polling funds for Hajj.

In our culture, we have a system of informal savings whereby people come together in groups and decide on an amount of money to deposit in a savings (locally, a wooden–metal box that is entrusted to a group member). They also decide on the frequency of tallying and awarding the bulk money to a group member that has been chosen out of a “hat.”

For example, if you have 5 people who have decided to contribute $200 per month and every 5 months, they give the total ($1, 000) to a person chosen at random. That means it will take 25 months for all the group members to benefit from the $1, 000. Currently, this method solves materia needs within communities. Now a group of UN colleagues want to use this same concept to purchase a ticket for Hajj.

Essentially, a group of 10 colleagues want to contribute $200 every month starting this January with the aim of awarding $6,000 per person every Hajj season until they all go for Hajj. So if they start in January, Hajj is in June, in sha Allah, then they would be able to pay for 2 people; then next Hajj season, 4 people, and so on, finishing in 2.5 years.

What makes this different from taking a loan is this: these people work for the UN, which means that they contribute a mandatory 7% of their salary towards a pension scheme every month, and at the time of death, the UN will pay out this, including their own contribution of 15% –  if you have more than 5 years of service to the employee’s designated beneficiary.

Hence every month on their pay slip, everyone can tell how much they have contributed towards their pension thus far. Obviously, everyone has different salaries and different years of service, but at the end of 2.5 years each one would have given $6,000 to the group. So, if one of them dies, the intention is to have a written document signed by each member of the group stating that $6,000 (minus whatever they have already paid to the group before their death) should be taken from their pension money and given to the group by their beneficiary.

The question is: is this method of going for Hajj acceptable in Shari‘a? Are there any conditions that need to be followed if yes? If possible, please provide the Hanifi as well as Maliki opinion, if they are different.

Jazakum Allah khayr for this opportunity to ask a question and have it responded to by competent scholars.

The manner of pooling funds together in order to facilitate the hajj pilgrimage for those otherwise financially unable is acceptable. But it isn’t necessary to do this because the hajj is only obligatory once its strict conditions have been met.

As for deducting a certain sum from the estate after death, the specific scenario is unclear in your question. If the deceased person leaves a bequest (wasiyya) to contribute a certain amount to the fund, then this would be permissible as long as the guidelines of fulfilling such bequests are followed.

Are Chit Funds Allowed in Islam?

My Father’s Inheritance Has Been Taken Unjustly. What Can I Do?

Answered by Mawlana Ilyas Patel Question My uncle (who lives a few doors from me...
2 mins

Does Failing to Raise My Head Properly after the Prostration Invalidate My Prayer?

Answered by Ustadh Sufyan Qufi Question I pray with head movement due to the ina...
3 mins