What Is the Proper Etiquette When Reading the Quran? 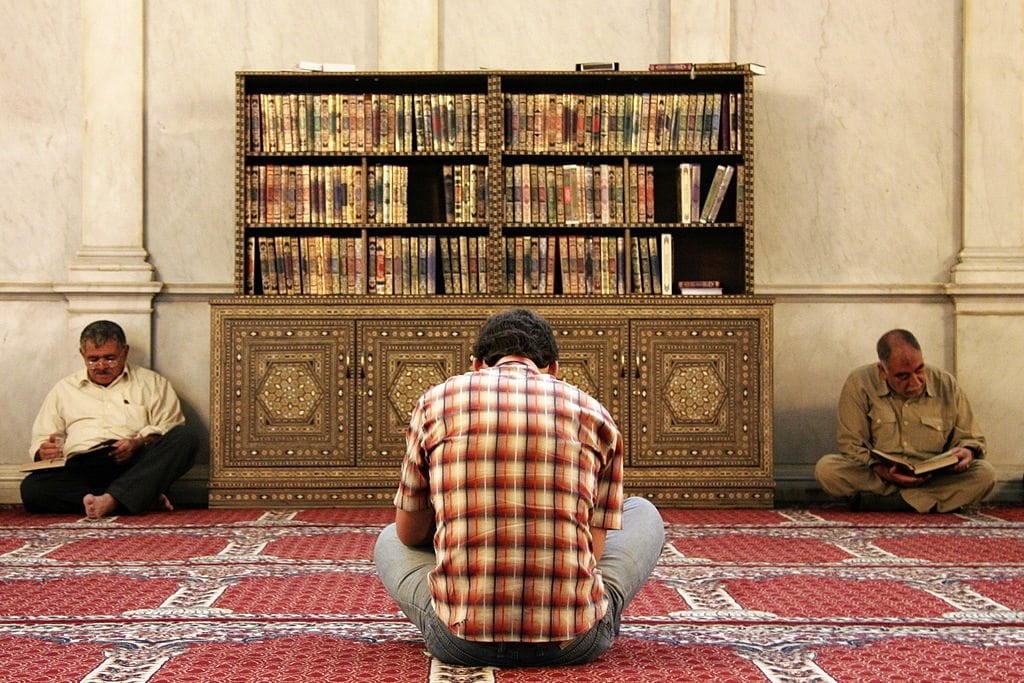 1. Do I have to wear my hijab while reading the Qur’an?

2. Can I sit in bed while reading it with my back against the headboard?

4. I like to sit in bed before I go to sleep and read it. Is this okay?

It is recommended for an individual to recite the Qur’an in a manner that is considered dignified and respectful. Thus, scholars have stated that it is best for a person who wishes to recite the Qur’an to be in a state of ablution, face the qibla, to sit up straight, recite in a place where there are no distractions, and so forth. [al-Qurtubi, Jami li-Ahkam al-Qur’an]

However, the primary texts also establish that reciting the Qur’an in a more casual manner is not necessarily considered disrespectful but permissible and continues to carry immense reward. The Qur’an itself describes the people who possess deep understanding as those who “remember God standing, sitting, and lying on their sides.” (3:191) Similarly, it is narrated in Bukhari and Muslim that the Prophet (blessings and peace be upon him) recited the Qur’an while reclining against something.

In other words, while there is a generally optimal manner of reciting the Qur’an, the religion has given plenty of leeway on this issue in order to encourage people to recite this noble book as often as possible.

In light of the above:

1. It is not necessary for you to wear your hijab while reading or reciting the Qur’an although it would be recommended to do if you are able to.

2. There is no problem in reciting sitting on a bed with your back against the headboard. As mentioned above, the Prophet (blessings and peace be upon him) recited while reclining.

4. This is perfectly fine.

I would encourage you to continue reciting the Qur’an as much as you are able in whatever way you find most comfortable and facilitative. While it is best in certain circumstances to follow the optimal guidelines scholars mentioned when it comes to reciting the Qur’an, the most important thing is to make the recitation of this book and a sincere connection to it part of your daily life.
[Ustadh] Salman Younas