After using toilet to relieve myself I used tissue to wipe away the excrement, then I used water on my hands to wipe away the remaining excrement. I collected some water in my hands from the tap several times and then wiped until there was no trace of excrement left. I had no water container or bottle to use.

Am I deemed to have cleansed myself properly?

Yes, the process you described will have removed all impurity. You cleaned yourself properly. Paper greatly reduces the impurity, and the water will have removed the remaining amount. Once this is done, the area and your hand are deemed pure.

Please note that purity and hygiene are not the same things. Something could be pure, yet not be considered hygienic.

Based on this, your prayers were valid. (Shurunbulali; Maraqi al Falah). Disjointed Congregation, Standing in Prayer and Place of Prostration: Can you Give Clarifications? 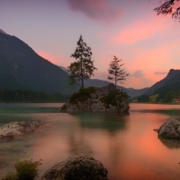 Is It Valid to Make a Conditional Intention When Performing a Ghusl? 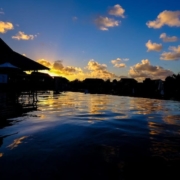