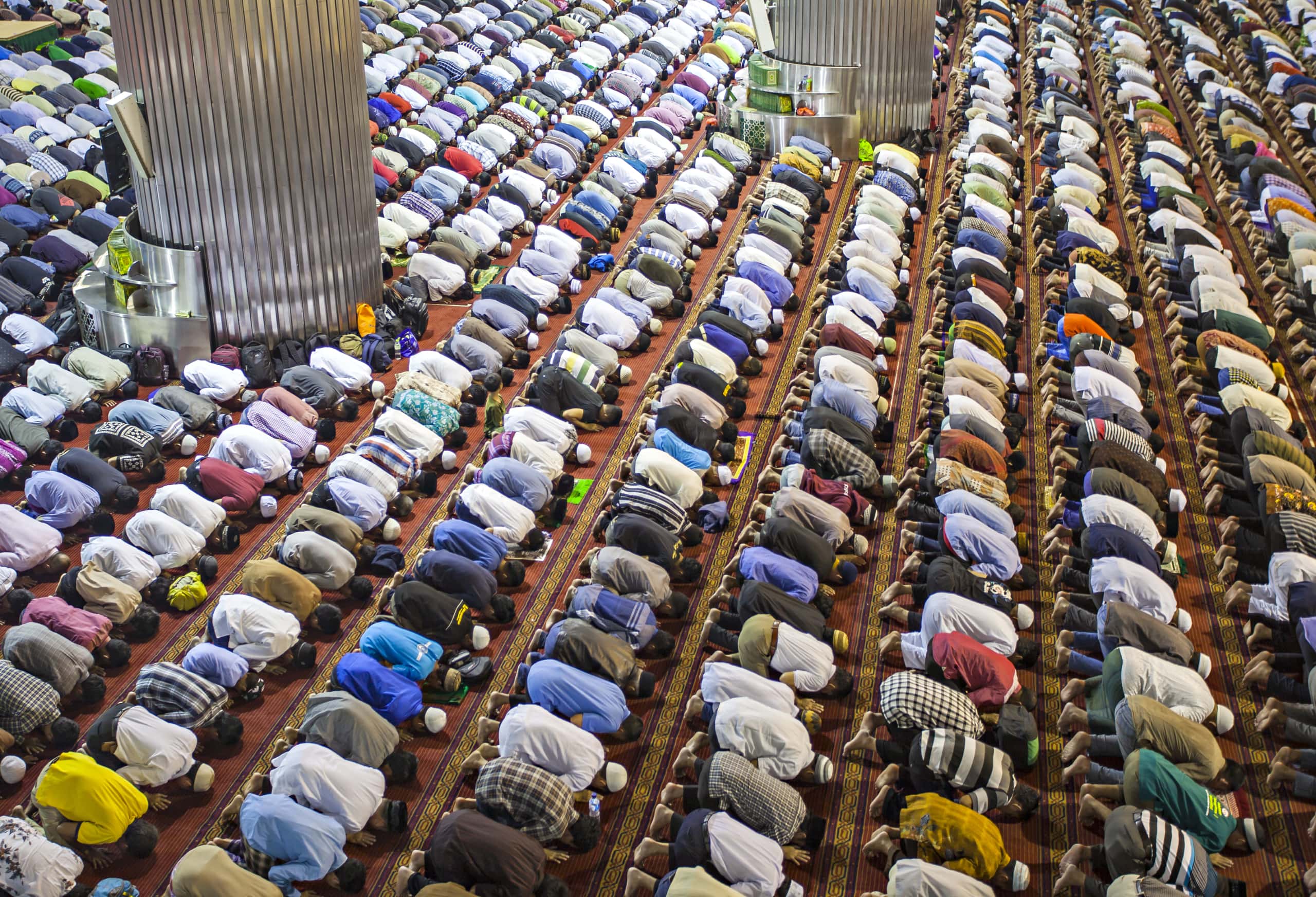 Shaykh Abdul-Rahim Reasat answers doubts about saying the final salams behind an imam.

I have suffered from OCD in religious matters for over a year now. I used to repeat my salah and wudu due to confusion, doubts, etc., but I am getting better and your website has helped a lot. I am also receiving professional help for this. Recently, when I went for Friday prayer in congregation, I fell behind in the last sitting recitation and when imam said first salam, I was still reciting durood.

As a female, I couldn’t see the imam but I am guessing, I would have started saying my salams three seconds after he finished saying his. I am usually very anxious in the prayer about making a mistake and I got confused at that point between wajib and confirmed sunna. Later I realized that I have done something prohibitively disliked and I have repented to Allah for it.

I converted to Islam over 13 years ago and have only recently started going in congregation for jumu‘a with my husband. I know from your website that if you do something prohibitively disliked then you should repeat prayer within its time and it’s recommended to repeat the prayer after its time.

I would like to do what is recommended but I am not sure whether it’s waswas from shaytan as I have repeated salahs in the past which I know now that I should not have. If I repeat it, do I pray two rakas as in jumu‘a or four as in dhuhr?

Also, once I and my husband were praying together in the house while he was the imam and I said salam by mistake just before he said it. I don’t remember at all which salah it was. What should I do in that case?

You do not need to repeat any of these prayers. Please take a course on the rulings of purity and prayer. Learning with a skilled and experienced teacher will go a long way in helping you deal with OCD issues related to the prayer.

What occasionally happens to people with OCD is that they give excessive importance to certain details when learning by themselves, or with some someone who is not experienced. Sound knowledge is an essential step towards recovery, as the intense urges to do something can be dismissed much more easily when one knows how it should be done properly.

The dominant position in the school is that you say the closing salam at the same time as the imam. There is another position which states that it is done once the imam has concluded his.

The detail you mentioned about repeating the prayer only applies if someone deliberately did something disliked in the prayer – not if it was done by accident. Based on this we have three scenarios for the final salam:

As a general rule, if you have not finished the tashahhud when the imam says the salam, finish it and end your prayer, even if it takes a bit longer. If you have finished your tashahhud, say the salam with the imam. (Ibn Abidin, Radd al Muhtar)

This is an area where people frequently get confused. Don’t worry about it. Keep going with your treatment, take the course, and ask Allah for relief.

Should I Follow a Fast Imam Even if It Entails Not Reciting the Fatiha? [Shafi’i School]

What Should We Do If the Imam Recites the Surah Aloud in Asr Prayer?

Answered by Shaykh Irshaad Sedick Question  I have heard a story of a female co...
2 mins

Answered by Shaykh Yusuf Weltch Question I was driving and thought I could pray ...
5 mins

Answered by Shaykh Yusuf Weltch Question I have a question regarding celebrating...