On the last day of Rajab, I was fasting. When I woke up in the morning, I checked the time for Fajr, but what I didn’t know was I was checking the Iqamah time, not the Azaan time. So, by the will of Allah, I unknowingly started eating on the Azaan time (4:12) and ended on 4:17. I then prayed afterwards. Does my fast count if I didn’t know that I had the wrong time?

From your explanation, it appears that you intended to fast but mistakenly ate after the entrance of Fajr. According to Islamic Sacred Law, the fast begins at the beginning of Fajr time (Azan time) and all eating/drinking must cease before then. Continuing to eat/drink after this time, even if done by mistake, invalidates one’s fast.

Do not confuse the situation you described with what’s mentioned in the following hadith:

Narrated by Abu Hurayrah (may Allah be pleased with him): the Messenger of Allah (peace and blessings of Allah be upon him) said:

“Whoever eats forgetfully while fasting, let him complete his fast. For verily it is only Allah who has fed him and given him drink” (Bukhari).

The situation described in the hadith above refers to a fasting person who completely forgets that he is fasting. This may happen because, unlike the prayer, the fast extends throughout the day and has no special posture required. Hence, it’s conceivable that a fasting person might completely forget that he’s fasting, and in that case, eating/drinking is forgiven (i.e. does not break the fast). However, in your situation, you ate mistakenly, not forgetfully. That is, you knew that you were supposed to fast, but you errred in the timing. This invalidates the fast (source: Maraqi al-Falah). 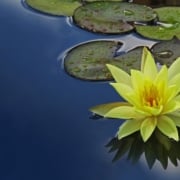 Is Making a Verbal Intention a Condition for the Validity of the Fast?