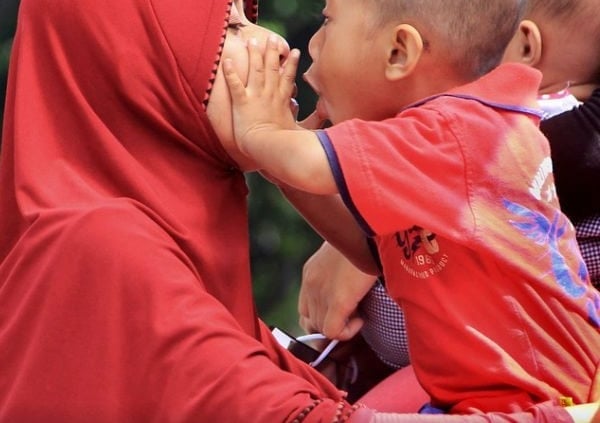 Question: Assalamu-alaikum wa rahmatullah wa barakatuhu. My family is expecting a baby soon and we’re being bombarded with cultural information from family regarding what to do after childbirth. I was wondering if you would be kind enough to give us some fiqh, on the first few days, and weeks of the what we should do and read once the baby has arrived inshaAllah.

May Allah Ta’ala grant your child strong faith and good health, and make him/her the coolness of your eyes.

If is often difficult for people to differentiate which acts are prescribed by the Sacred Law, and which ones either stem from culture, or a misunderstanding of the Sacred Law.  This is why one must consult the opinions of the scholars of one’s school of thought, as even within the tradition, there are differences of opinion.

If an act is obligatory (wajib), it must not be downplayed or ignored, and on the other hand, if an act is recommended (mustahabb), it is good to follow if one wishes, but it should not be over-emphasized until it becomes a pressure on the parents of the newborn.

When virtuous acts to be performed after childbirth are recounted, the focus is often only on recommended rituals, however a deeper and more essential dimension is often forgotten: showing gratitude and contentment.

When a child is born, the parents and family should give thanks to Allah Most High for the gift He has bestowed on them, and that everything went better than it could have.  They should recognize that this baby is a trust from Allah, not something that they own.

Hence, from that day begins their duty to ensure the best for the child.  They will be questioned regarding whether they fulfilled the child’s needs, not only physically and socially, but spiritually as well.

They should also be content with Allah Most High’s decree regarding the gender and condition of the child, and show their love equally in all cases.  They should also announce the birth with the same happiness and thanks to others, and others should congratulate them, also regardless of the gender or other features of the child. [Tuhfa al-Mawdud, Ibn al-Qayyim]

A mentality of gratitude and contentment, combined with a sense of sacred responsibility, should be the backdrop that provides context and meaning for the virtuous acts which follow.

Giving the Adhan After Birth

According to the Hanafi school of law, it is virtuous to give the adhan in front of the baby when it is born [though not obligatory nor a sunnah].  One should turn one’s face to the right when saying “Hayya ‘ala al-salah” and to the left at “Hayya ‘ala al-falah” like in a normal adhan.  [Radd al-Muhtar, Ibn ‘Abideen]

This is based on hadiths found in the collection of al-Tirmidhi, Abu Dawud, Ahmad, al-Bayhaqi and others.  The wisdom behind it is that the first words the child hears is the magnification of Allah Most High, in hopes that the child would live their life responding to the call to worship the Lord on the path of Islam. [Tahfa al-Mawdud, Ibn al-Qayyim]

It is narrated about the Prophet (peace and blessings be upon him) that when a child was born and brought to him soon afterward, he would moisten a small piece of a date with his mouth and then place it on the palate of the newborn.  [Bukhari, Muslim and others]

This act is called the “taHneek”.  It is considered a recommended and sunnah act, though not obligatory or harmful if left.

This can be done with a date, but if dates are not available, then any similar sweet natural thing will suffice.

This can be performed by the parent, or upright person in the community, preferably from the people of knowledge and piety.  The wisdom is that by sharing the piece of date with a pious Muslim, it is a source of blessing and a hope that the child will also be pious and upright. [‘Umdat al-Qari, al-‘Aini]

The naming of the child can be done right away, or one can wait till the seventh day, as some narrations do mention this, however, any time is permissible.  It is the child’s right that they be given a name that is good in meaning and reflective of the child’s Muslim faith. [‘Umdat al-Qari, al-Aini]

In the Hanafi school, circumcision is an emphasized sunnah for boys, as it is amongst the signs of Islam and an act of natural disposition (fitra).  In the Shafi’i and Hanbali schools, it is considered obligatory.  This can be done on the first week, as it may be easier on the child to do so earlier, or at a later time in his childhood. [Fatawa Hindiyyah]

Shaving the head, for boys or girls, is neither sunnah nor obligatory according to the Hanafi school.  Rather, it is merely permissible if one wishes to do this, and there is no harm in leaving it.  [Radd al-Muhtar, Ibn ‘Abideen]

According to the other schools, shaving the head is either recommended, or a sunnah, for boys and girls both, on the seventh day.  The shaved hair is then weighed and its weight in silver or gold is given away in charity, while the hair is then buried.  These opinions also say that the naming and ‘aqeeqah should be done on the seventh day, optimally. [Sharh al-Kabir, al-Dardir; Majmu’, al-Nawawi]

The aqiqa is when an animal is ritually sacrificed out of gratitude for the newborn, and often, people are fed.  This can combined with the shaving of the head and naming, or not.  It takes the same ruling as shaving the head.

In the Hanafi school, the aqiqa is considered a ritual that began in the pre-Islamic Age of Ignorance and continued into Islam until the ‘Eid al-Adha sacrifice abrogated all previous types of blood sacrifices.

Hence, the aqiqa is not a sunnah, or even recommended per say, let alone obligatory or harmful if left.  It is merely permissible- it can be done, or left without any harm.  However, all three of the other schools of law deemed it to be an emphasized sunnah, so there is a genuine difference of opinion on the matter.  [Fatawa Hindiyya]

Some later Hanafi scholars from certain regions have ruled that the aqiqa, though originally merely permissible, is recommended in light of the other schools’ emphasis on it [see Fayd al-Bari, Anwar Shah Kashmiri].  However, this ruling is neither from the Hanafi school per say, nor binding.

It would be worthy of reward however, if it was done with a good intention to give thanks and feed others, since even a permissible act becomes an act of devotion depending on a good intention.

The Role of Culture and Family Customs

That being said, in some cultures, it has become wrongly seen as almost obligatory, even if the parents cannot afford it, and it can also reflect elements of trying to impress society, or ward off superstitions.  This reasoning can make even a permissible or praiseworthy act into a blameworthy innovation, which is better to tactfully oppose and correct, if the situation allows.

However, if cultural beliefs and family demands are so strong that it will cause more harm to refrain, then on the basis that it is emphasized in other schools, one would probably be wiser to step back and simply let the family “do their thing”, while intending the good.

The point behind all of these rituals, as we said, is that they should come from a grateful heart, one that is aware of the immense blessing of parenthood, and the sacred duty of a parent to its child.  May Allah Most High bless your child and make them amongst the pious and righteous.